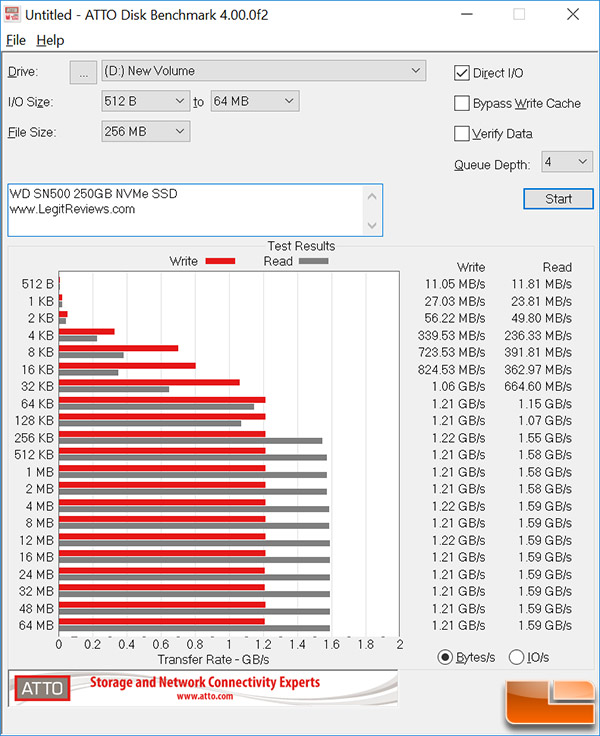 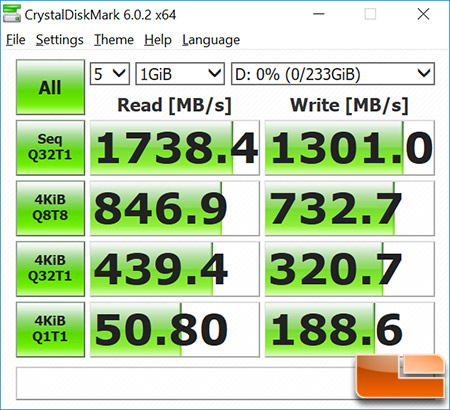 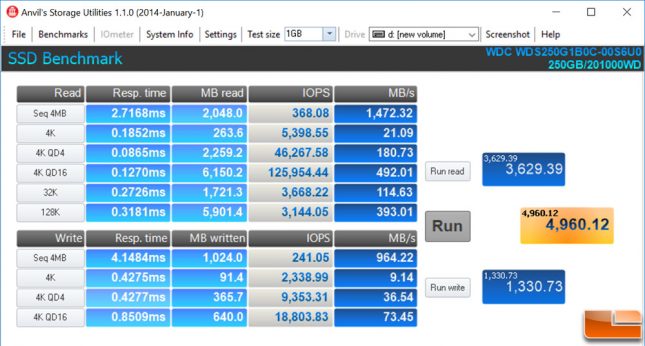 Benchmark Results: Another benchmark we like to run is Anvil’s Storage Utilities 1.1.0 and in that benchmark we got an overall score of 4,960 points when running the benchmark in applications mode (46% compression). Random 4K performance at a QD of 16 was shown to be just 126,000 IOPS read and 18,800 IOPS write.