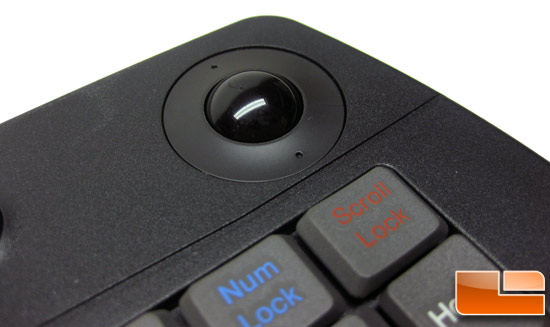 VidaBox has released different keyboards in the past that all look
similar, but this is their “fourth generation” of this particular
style. Their first was a mechanical trackball, then they upgraded to
optical trackballs for two model generations, and now, they have
upgraded the keyboard to use laser trackballs exclusively. All of the
models look somewhat similar to each other, but some of the button
colors and the innards are quite different from what we have been told
by VidaBox. The laser trackball on this keyboard is rated for 2000 dpi
of resolution for precise, accurate control. We all know that laser
trackballs are much better than mechanical and optical trackballs, so
this is a nice touch.

The left and right mouse buttons are located up in the top left
corner and are positioned just right when holding the keyboard with two
hands for using the mouse. The key layout is derived from a notebook it
would appear and they have a nice feel to them. Our review sample
buttons were not flush with the keyboard housing as you can see from
the image above, which was a little annoying. They almost should be
raised up a little above the trim for better look and feel. 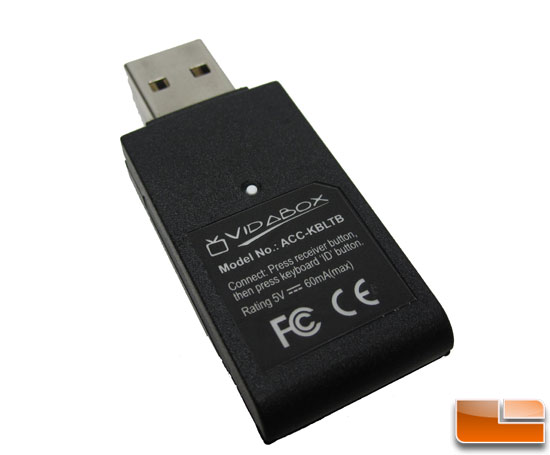 The VidaBox wireless keyboard comes with its own high frequency USB
receiver that is shown in the image above. The little white dot in the
middle is a connect button that acts as the sync button on the USB
receiver.

When we plugged in the device for the very first time on our Windows
Vista Home Premium 32-bit HTPC we didnt even have to synch the
keyboard the very first time. We just plugged the USB dongle into the
computer and after the drivers were self-installed the keyboard just
worked! The USB receiver can be placed in the
back of the system without having any dropped signals or dead zones
since the RF signals are being used. We
used the keyboard on our HTPC with the USB receiver in the back of the
system while sitting on the couch which is a distance of 12 feet and
had no issues whatsoever. 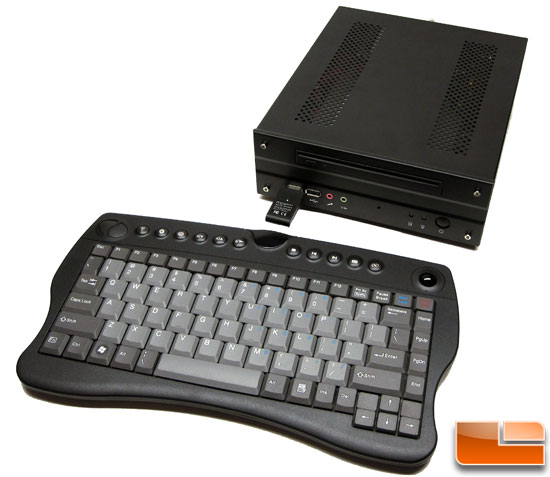 We also tried the keyboard out on our NVIDIA Ion powered mini-ITX HTPC that is running Windows 7 (shown above) and it worked flawlessly. Not too much more you can ask from a keyboard that costs just $67.77 plus shipping.
The Vidabox wireless keyboard comes with everything we needed to get up
and running in seconds, which was nice. Having a driverless setup is nice for a mainstream product like this. The build quality was also not
bad, while this keyboard is certainly no Logitech DiNovo, it by no means
feels cheap.

Our biggest gripe with the keyboard was the fact it didn’t have the
ability to scroll up or down pages. You can use the PageUp and PageDown
buttons, but it would be much easier for Vidabox to release an updated
version of this keyboard with a scroll wheel on the right side to
scroll up and down on Web pages. The wireless connection was very
consistent and worked flawlessly up to the 26 to 28 foot range from our
testing. The 2000 dpi laser trackball worked great and we couldn’t
imagine using anything other than this. This is clearly a better product than the original VidaBox keyboards that came with
mechanical trackballs!

Having used other wireless keyboards in the past, this is one of the
better ones that we have used thus far. For under $70 the Vidabox
Premium Wireless HTPC Media Center Keyboard with Laser Trackball was
found to be a great value for those that want a keyboard that you can
easily use from the comfort of your couch or theater seating. The
keyboard is small enough to fit in drawer or storage compartment in
your living room can be pulled out and used by family and friends. Why
have a standard wireless keyboard and a separate mouse when you can
have a single device like that can do everything!

Legit Bottom Line: The
VidaBox Premium Wireless HTPC Media Center Keyboard with Laser
Trackball is a very slick product that keeps getting better with every
revision!