Last year, UDOO BOLT, powered by AMD Ryzen, became the most powerful maker board on the market. Now you you can get the UDOO BOLT GEAR, which is basically a do-it-all Mini PC kit that you need to build. This unassembled system includes the mainboard with an AMD Ryzen Embedded V1605B 4-core, 8-thread CPU featuring AMD Radeon Vega integrated graphics, Microchip ATmega32U4 8-bit RISC-Based MCU (Arduino), metal case, WiFi/Bluetooth module, 19V/65W AC power adapter and power cable for a promotional price of $399.

You’ll need to supply your own RAM, storage drive and Windows or Linux OS. Pricey, but you have to keep in mind that the list price for an AMD Ryzen Embedded V1605B is around $150 to $200. AMD doesn’t seem to have a super low cost 4-core, 8-thread part for the embedded market. 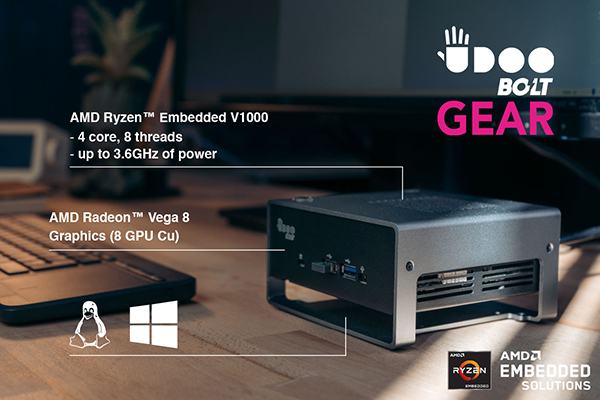 Once you build the system you’ll end up with a tiny Arduino-compatible Mini PC that might be ideal as a portable workstation, lightweight gaming machine, home-theater, Deep Learning brain or as its original purpose a toolkit. 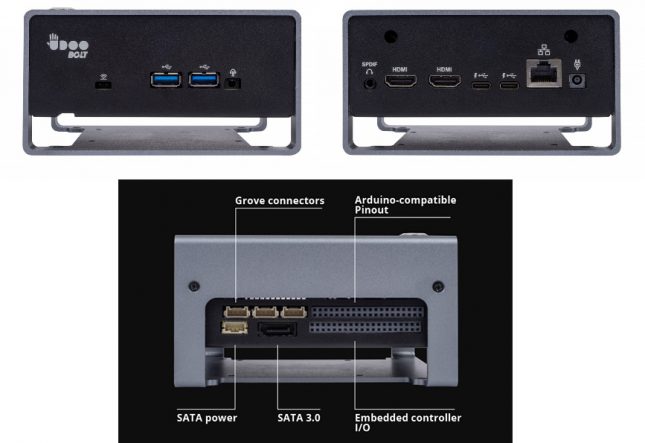 Connectivity on the UDOO BOLT GEAR is rather impressive as it features two USB-C ports, two USB 3.0 ports, two HDMI 2.0, Gigabit LAN, SPDIF, 3.5mm audio jack and a DC power in header on the front and rear of the device. On the side you have all the grove connectors for the Arduino Leonardo compatible ATmega32U4 MCU. The nice thing about this mini PC is that it can handle four 4K monitors simultaneously. 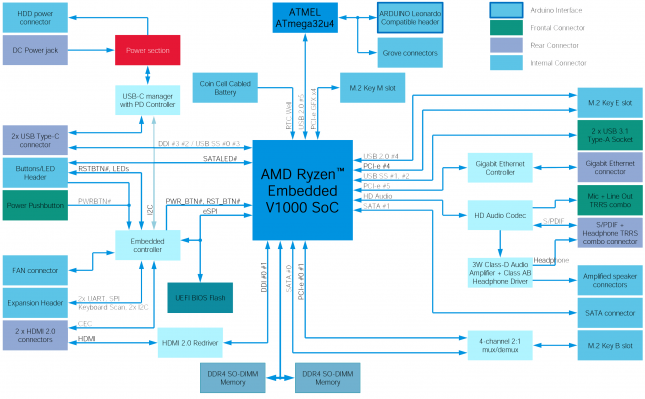 Our UDOO BOLT GEAR review sample came straight from SECO over in Italy. The box itself was actually a little larger than expected, but this was due to the fact the mainboard is not yet installed in the system and the packaging is fairly thick. 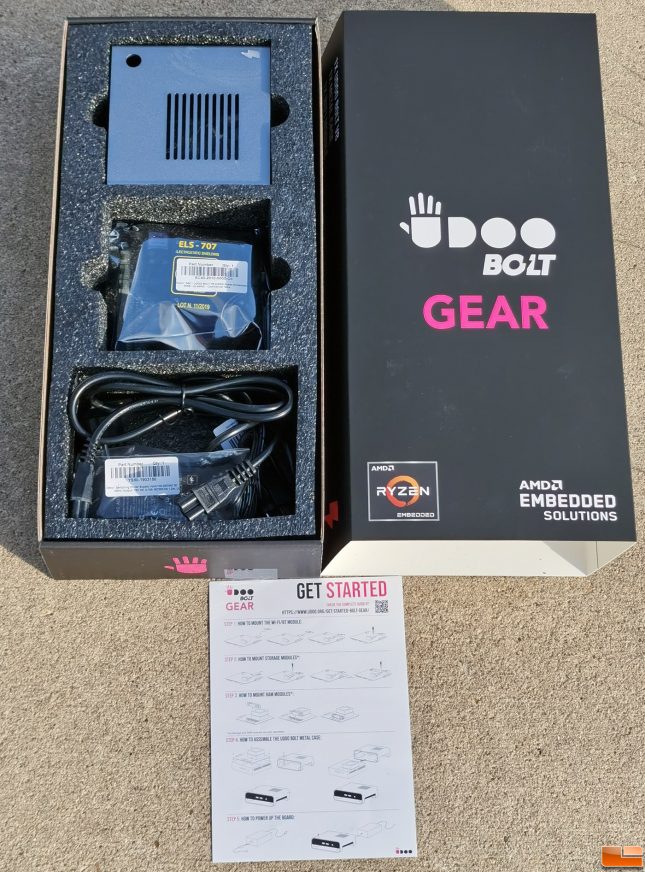 The instructions are pretty sparse and don’t even show you where to plug the power button pins on the mainboard, so some folks might find the build a little tough. We did run across videos on how to build a system using the UDOO BOLT metal case that will likely be really helpful for folks. The UDOO BOLT metal case runs $32.00 in the UDOO shop if you happen to have one of these UDOO BOLT maker boards without the case. 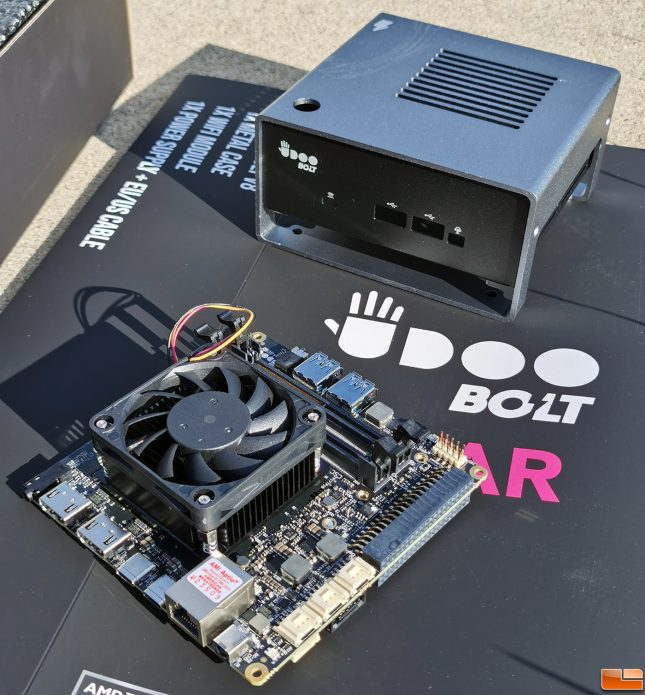 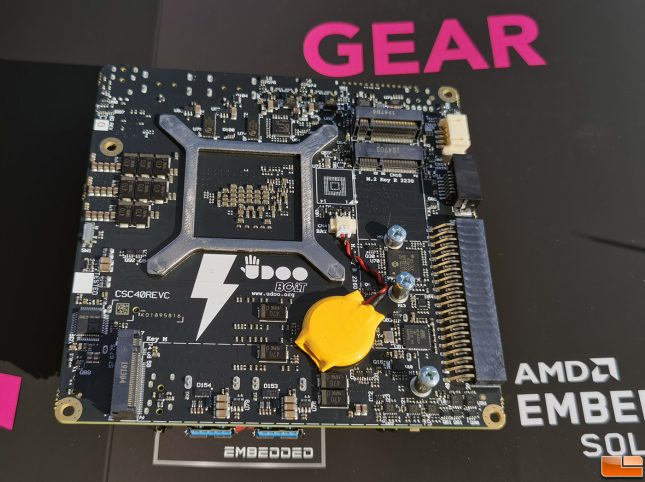 We went with Windows 10 Pro as our OS and had no issues installing the latest Windows 10 May 2020 Update (v2004) on the UDOO Bolt Gear. Driver support for AMD Embedded solutions in the latest version of Windows is still not the best, so we needed to go to AMD’s website to download the latest embedded drivers.

Let’s take a look at the benchmark results on the next page.