All tests were performed on a freshly formatted system using the latest Catalyst 11.5b drivers from AMD. All system drivers and the BIOS were all up

to date. The memory was run in dual channel with 8-8-8-24 1T timings and nothing was overclocked; everything was running at stock speeds. 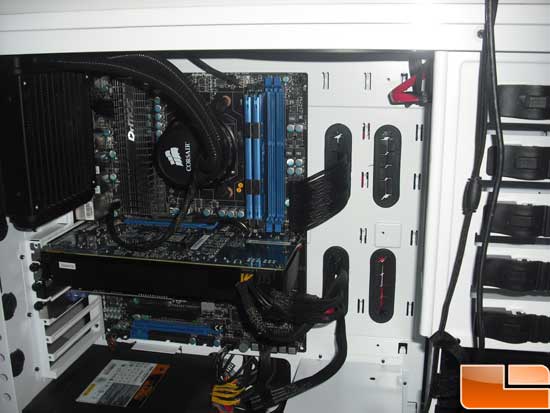 As I mentioned on the first page as part of the new patch Sega has added a handful of in-game benchmarks so that all of us can get a better idea of how our cards will run in Total War: Shogun 2. The benchmarks are as follows:

Down below are the results of the newly added in-game benchmarks that were a big part of the new patch. As you can see, the game runs really well and puts up very playable numbers as long as you don’t run the game solely on your CPU. Even running in DirectX 11 mode in 1080p resolution the game was able to pump out a little over 41 frames per second. Not too shabby, if you ask me. 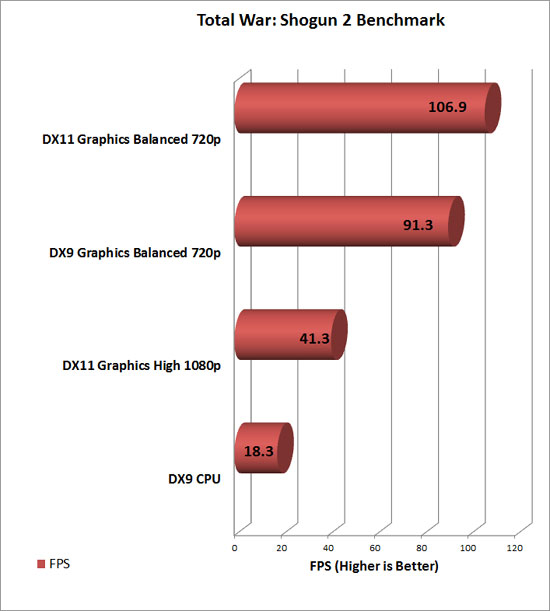 Just like in our previous article we also ran all of the in-game graphics presets that are included in Total War: Shogun 2. And once again, the game did not fail to impress. Even running in DirectX 11 the game was easily playable at all of the preset settings, and even did really well when I pumped up the AA to 8x and the AF was pumped up to 16x with Depth of Fielded enabled. Although 25 FPS isn’t ideal it is still very playable and looked to be very smooth while I was running the benchmarks

Since we decided to use a higher end card for the DirectX 11 round of the Total War: Shogun 2 benchmarks we only thought it would be fair if we ran all of the tests in DirectX 9 mode like in the first article. As you can see, the biggest differences come in at the top and the bottom of the spectrum. At the Very High setting with depth of field enabled and our settings changed to x16 AF and MFAA we can see that compared to the DirectX 11 results we have almost doubled our FPS in DirectX 9. And at the absolute lowest setting we can see that there is a fairly substantial difference as well. Everything in the middle is all within a short distance of each other. 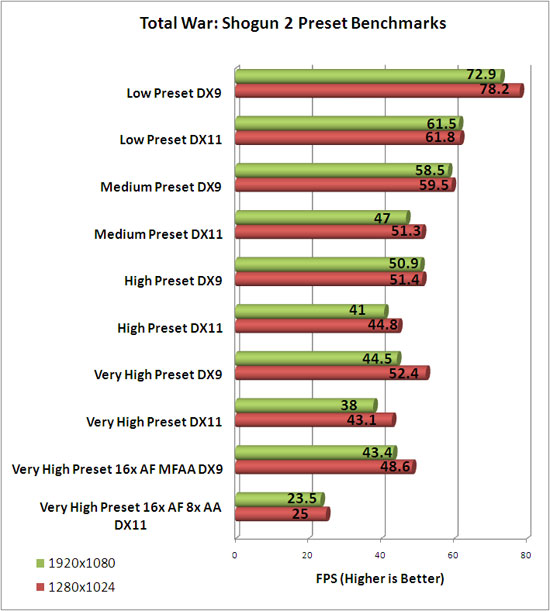 All in all I have to admit that the game looks beautiful no matter which Direct X version you choose to use, but with DirectX 11 enabled the game just looks supreme. Although opting for the finer looking graphics will cost you quite a few frames per second, I think the main thing that has been proven here today is that if you run a budget video card or if you run a high end enthusiast card you come out a winner either way because you can get very nice graphics and some very playable frame rates in just about any video card price point.