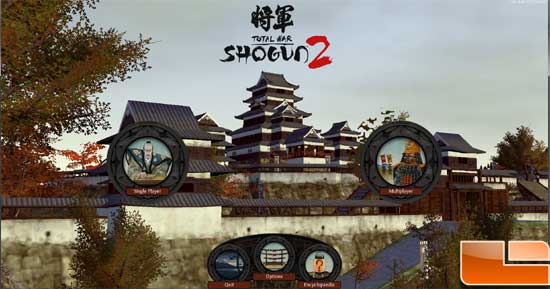 A little more than a month ago you might remember that we took a very close look at Sega’s newest game title, Total War: Shogun 2. At the time of our article the game was only able to run on DirectX 9 with the promise that there would soon be a patch that would allow all of us to play the game in all the graphics splendor of DirectX 11. Well my friends, that time has come. Earlier this month a patch was released that not only added the ability to use DirectX 11, but it also added several benchmarks that are built right into the Steam interface for the game. All you have to do is right click on the Shogun 2 game link in you Steam library and the benchmarks are listed in the drop down menu. But we can talk more about that later. 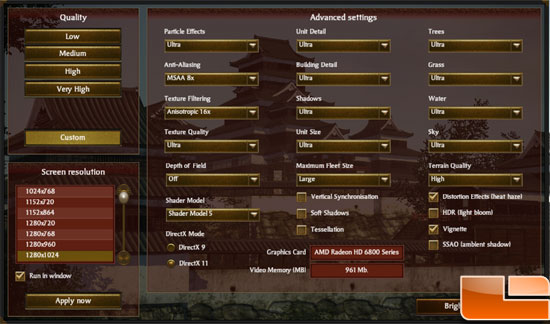 Above you can see a screen shot of the updated settings screen. One of the other items that was mentioned as being included in the patch was the ability to adjust the AA settings in the game. A quick look at the screen above clearly shows its addition. One of the additions that I found rather cool was the ability to choose between DirectX 9 and Direct X 11 in the settings menu. So I guess you are probably asking yourself, “What the hell is the point of all of this?” Well, much like we did in the first article, we have taken the new found DirectX capability and benchmarked it to see how it would perform in-game with these more intense settings. 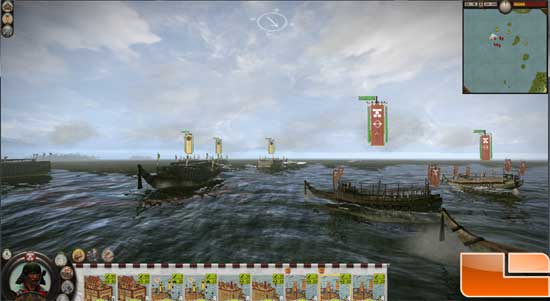 This time we used the Asus Radeon HD 6870 Video Card; as you will remember, last time we used a Sapphire Radeon 6850 Toxic Edition Video Card for our tests. We ran all of the exact same tests as we did in the previous article, but I also went one step further and ran all of the in-game benchmarks as well to see how those would run and to see if they would be a good candidate for future video card reviews. All right, enough about all of this stuff you aren’t going to read anyway. Let’s get to the benchmarks.