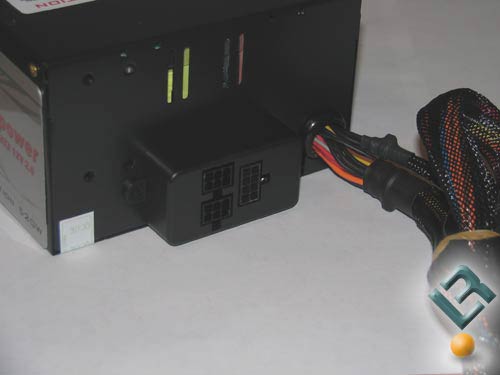 Thermaltake has brought modular power supplies to the next level with their Power Station design. The main 5.25″ power station connects to the PSU via an 8-pin cable. Along with the power station line, the PSU also has two 6-pin connections for high-end graphics cards in order to bypass the Power Station. This doesn’t necesarily increase stability because the 6-pin PCI-E connectors are on the same voltage rail (12V1) as the 8-pin connector that powers the 5.25″ power station. The 24/20-pin ATX cable is also part of the 12V1 rail and 4-pin 12V connection is the only connector that is on the second 12V rail (12V2). The ATX and 4-pin connections are not modular. 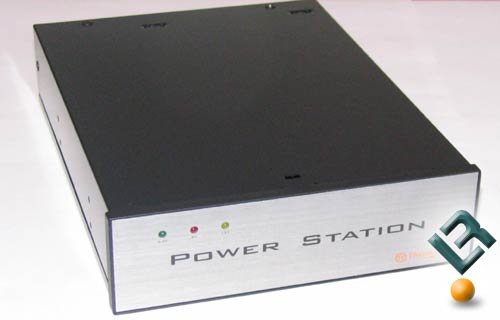 The main PST offers a machine finished aluminum front bezel. There are also 3 LED lights that power on with the computer to show that all three volt rails are functioning properly. The backside of the Power Station is where the functionality of this unit comes into play. 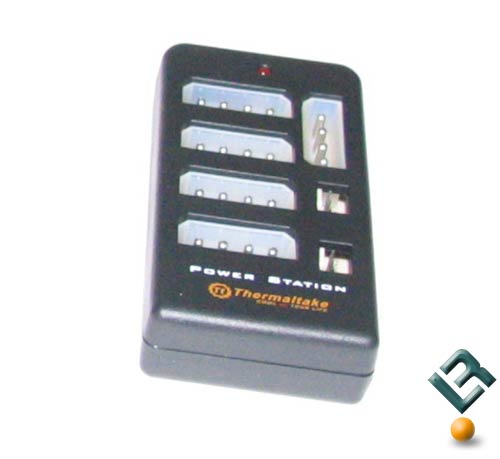 The mini-PST offers 4 more 4-pin molex connections and two 3-pin connections for fans. It’s about time I see a power supply that offers additional fan headers. Most motherboard manufacturers either do not have room for enough fan headers, or have not gotten the hint that some of us like to run more fans than we need when on an overclocking safari. So kudos to Thermaltake for this minor feature that will ease the wiring hastle we sometimes have to go through to get that last fan going!