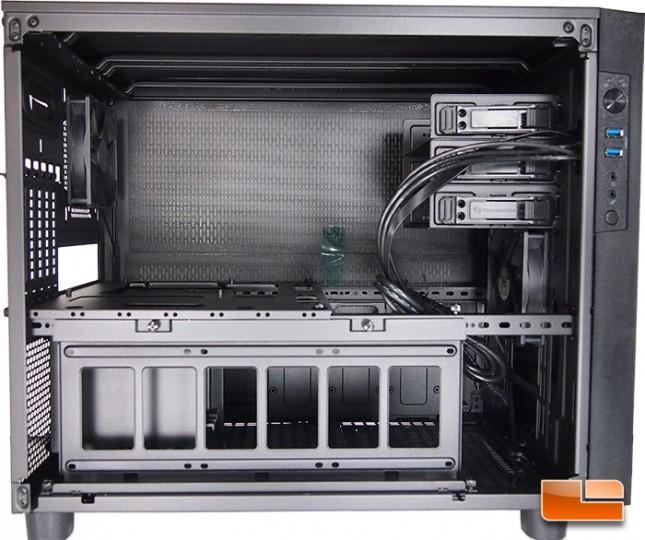 As I suspected on the previous page while looking at the outside of the Thermaltake Core X2 Cube chassis, there’s no shortage of room to work inside of it. The first impression I had for the design of the interior is that it looks like the layout will work out well (wouldn’t expect anything less from the guys at TT though). 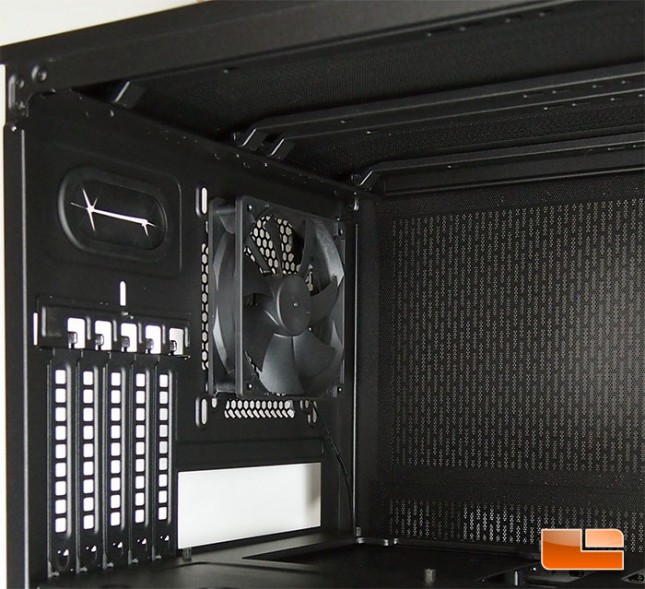 Taking a look towards the five expansion slots, there isn’t much different here than we saw from the outside of the Thermaltake Core X2 Cube chassis. The fan that’s being used for the system exhaust, is a Thermaltake 120mm Turbo fan that is rated for 1000RPM at only 16dBA. I do like that there is plenty of room above and below the fan that there is plenty of room for a radiator. The TT Core X2 can support either a 120mm radiator or a 140mm radiator. 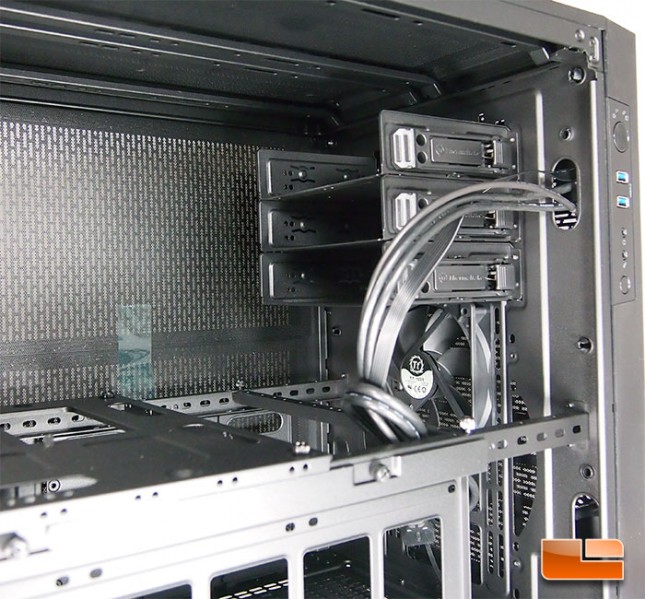 The three 5.25″ drive bays at the front of the Thermaltake Core X2 are attached to the front of the case. That makes it a little bit easier to work around, and even remove since there isn’t a cage attached to the top and bottom. Beneath the 5.25″ drive bays, the Thermaltake Core X2 is equipped with an intake fan that is rated for 1000RPM at only 16dBA, the same TT Turbo fan we saw at the back of the chassis. 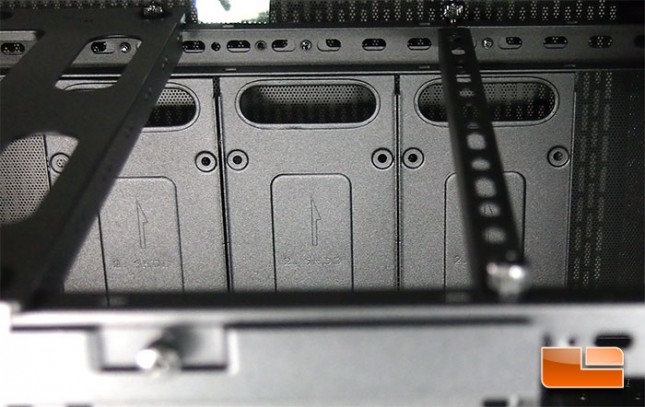 Looking towards the opposite side of the chassis, there is a set of three 2.5″ drive mounts to use for your drives. Each of them can be removed to make mounting the drive easier. 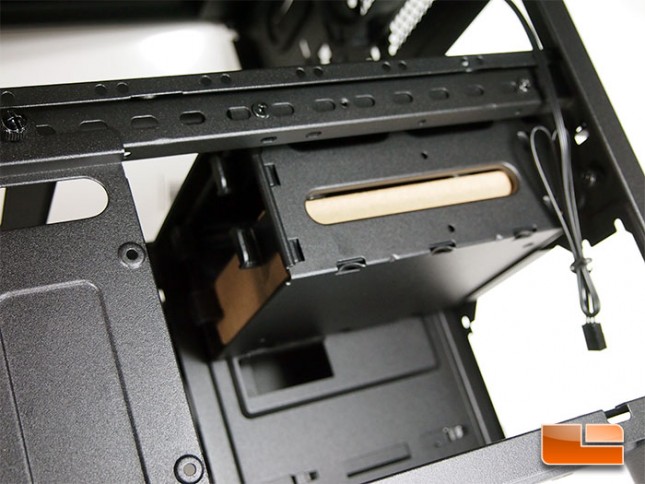 Thermaltake is great at utilizing what could otherwise be dead space. Tucked between the motherboard tray and the power supply, there is a pair of 3.5″ HDD drive bays. 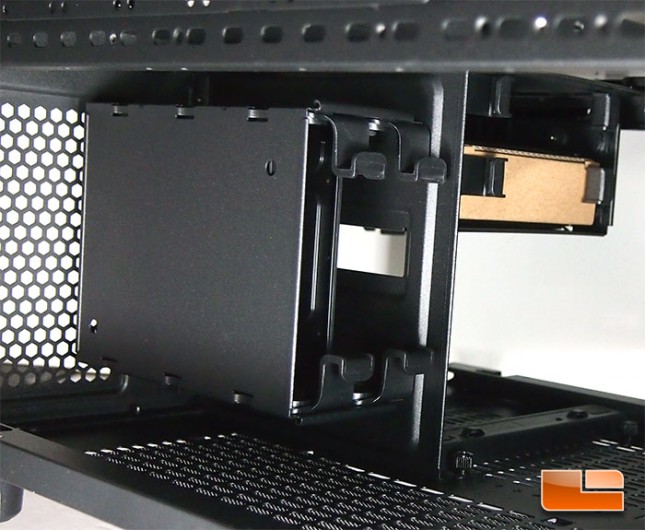 There is a second hard drive cage that is tucked behind the radiator bracket. Once that has been removed there’s a clear shot of it. The Thermaltake Core X2 can support up to four 3.5″ hard drives with the supplied cages. As well as the three 2.5″ HDD/SSD drive trays seen above. 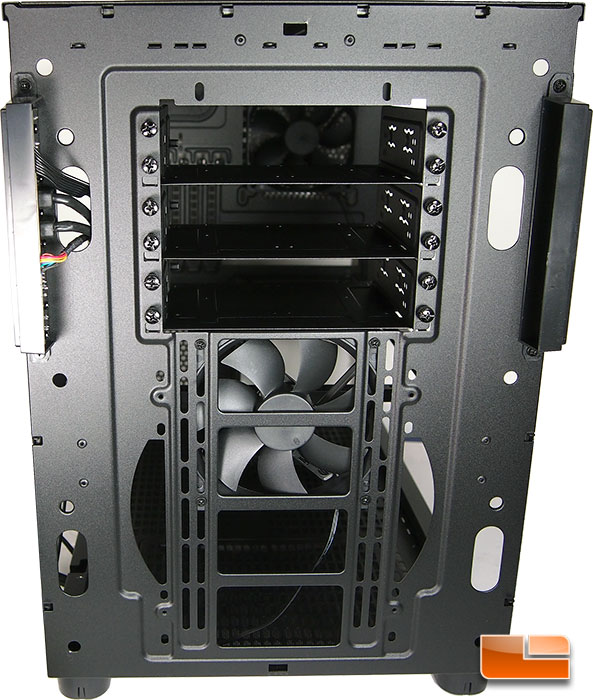 Pulling the front of the Thermaltake Core X2 Chassis off, it reveals the three 5.25″ drive bays, each is removable independently allowing for the most customization. Below the drive bays, the TT Core X2 will support either 120mm fans or 140mm fans. If you’re running a water cooling loop, the Core X2 will support up to a triple radiator up front. You will need to remove all of the drive bays to fit that though. 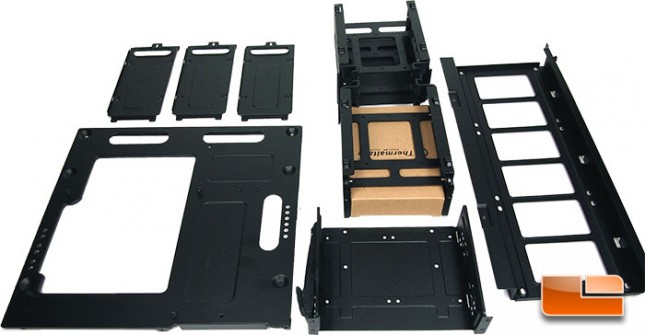