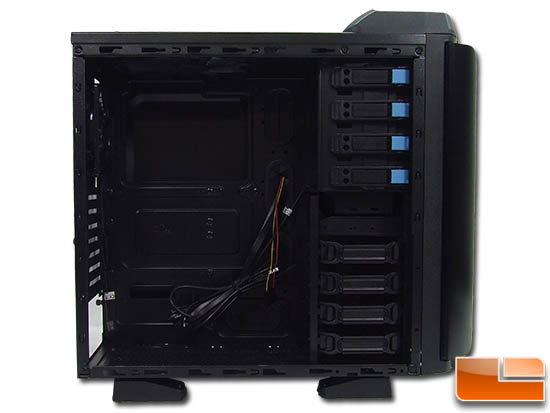 With the side panel removed we get a good glimpse inside the case. The 4 5.25” bay slots are tool-free with a very unique setup (more on that in a bit) as are the 5 2.5”/3.5” internal drive holders. The external 3.5” bay is tool-free as well. Well, kind of, but we’ll get into that later on. 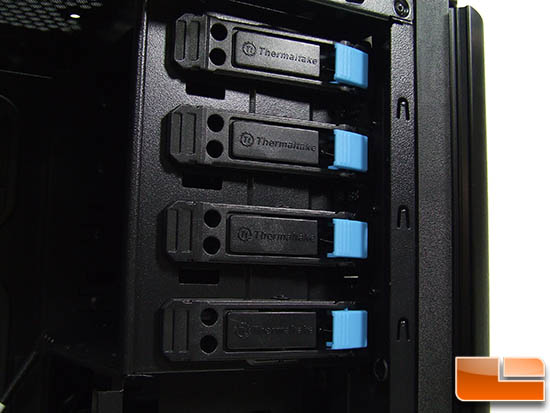 Here’s a closer shot of the tool-free brackets for the 5.25” bays. They also give you the option of installing screws into the rear holes which is nice for those who like to solidly-mount their devices. 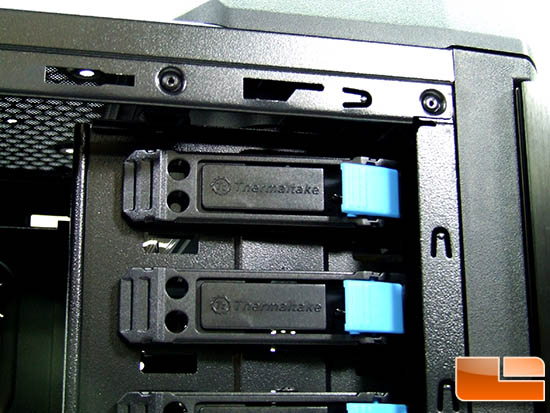 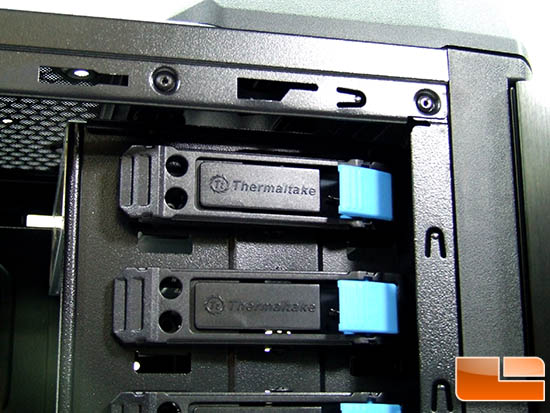 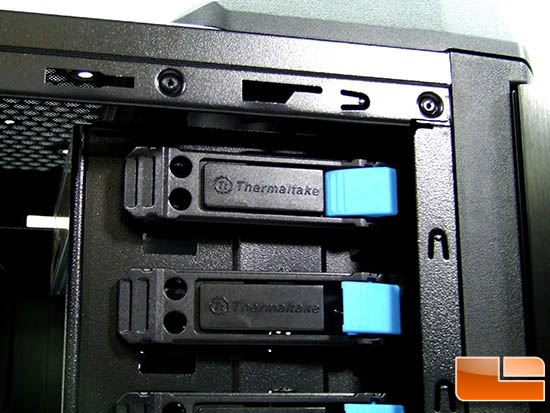 To use the tool-free system all you do is slide your device in from the front. The clip will automatically move out of the way then snap into place when the device is installed fully. That’s it. No levers or switches to flip. Just slide it in and you’re done. To remove the device simply push the blue latch in then pull your device out. Once the device has cleared the mechanism it automatically resets. It doesn’t get much simpler than this. 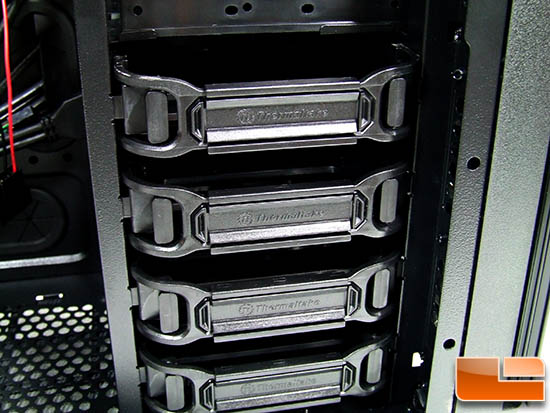 The trays for the drives are tool-free as well and equally simple to use. To remove the tray simply pinch the tabs and it slides out. 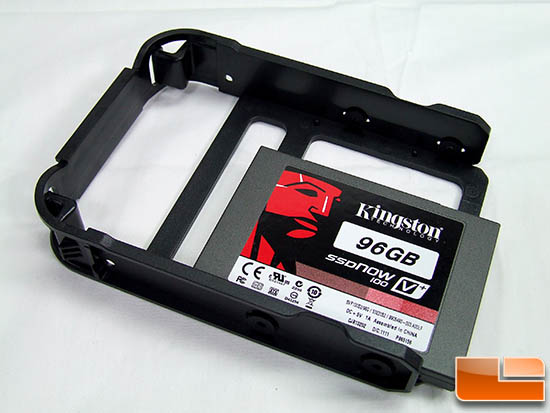 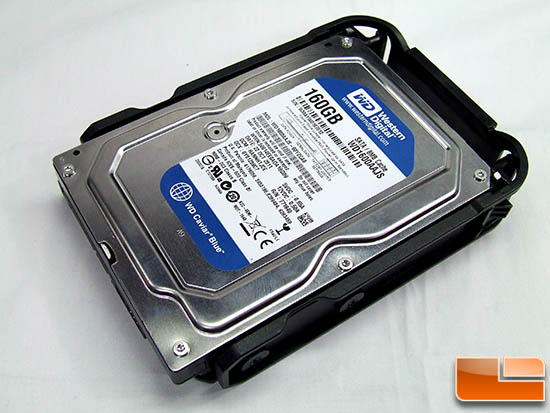 The 2.5” drives will mount with screws through the four provided holes in the tray while the 3.5” drives mount via metal push pins that go through rubber grommets to dampen drive vibration noise. 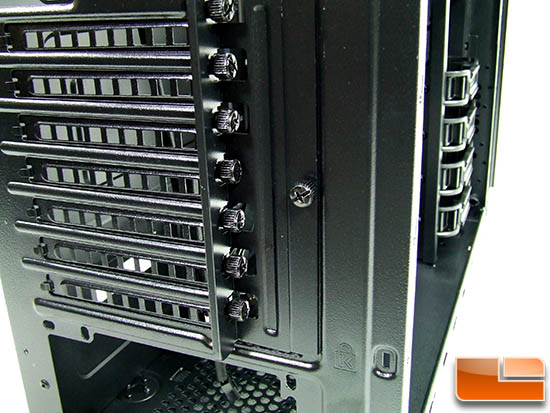 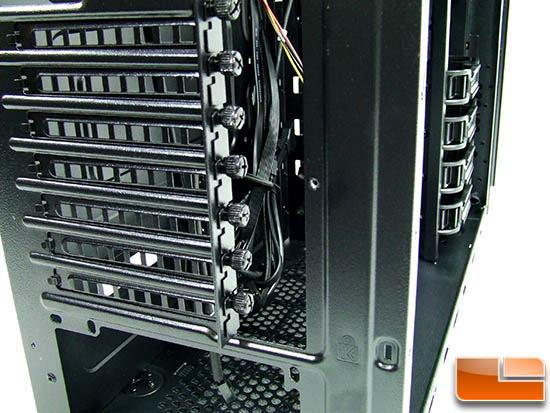 The expansion slot setup is the same as that we first saw on the Level 10 GT. You first remove the single thumbscrew and plate, then remove the thumbscrews for the covers you want to remove. Reassembly is the same. You’ll also notice the hole to the right for the Kensington lock if you so choose/desire. 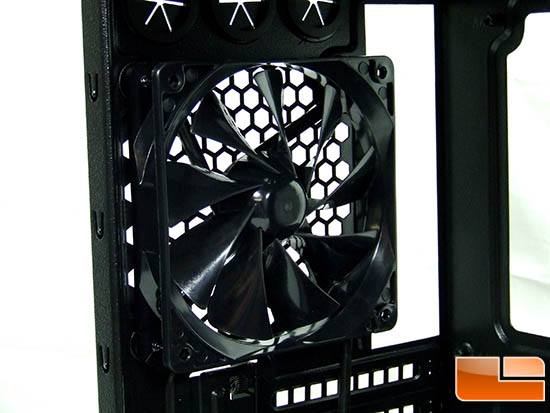 The included 140mm exhaust fan is Thermaltake’s Turbo Fan that runs at 1000rpm and is rated for 16dBA. This spot will also accept a 120mm fan (or radiator) as well. 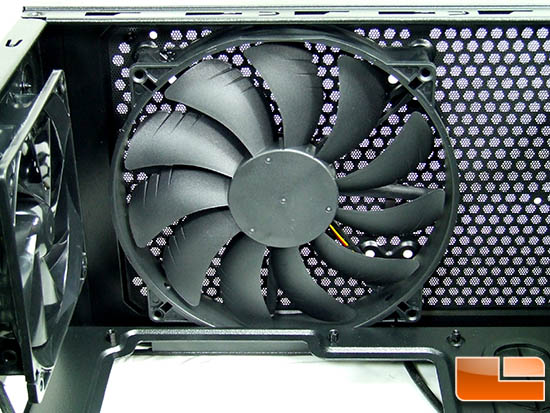 The top exhaust fan is a 200x30mm unit that’s black in color. You can remove this and install 2x120mm or 2x140mm fans in this location as well if you so desire. 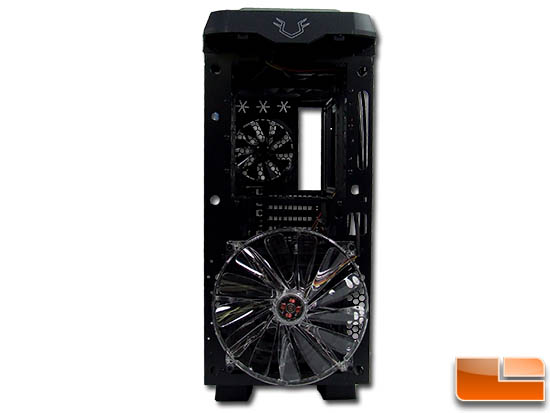 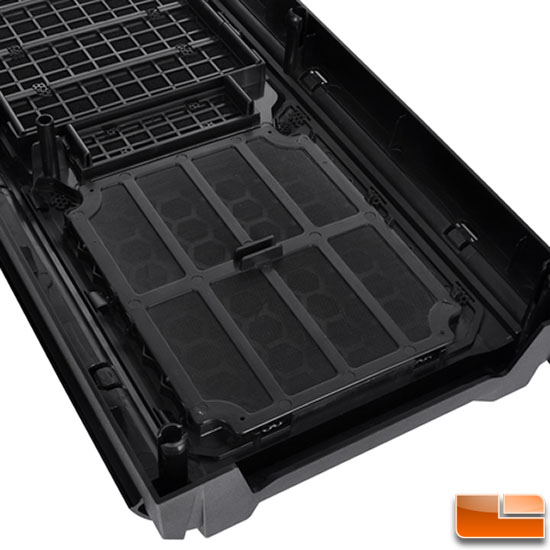 Thermaltake included a 200mm blue LED intake fan that’s situated behind the front panel to draw cool air into the Armor Revo Gene. The front panel simply pops off with a tug with no wires to worry about. The front intake is also filtered to help keep dust out of your system. 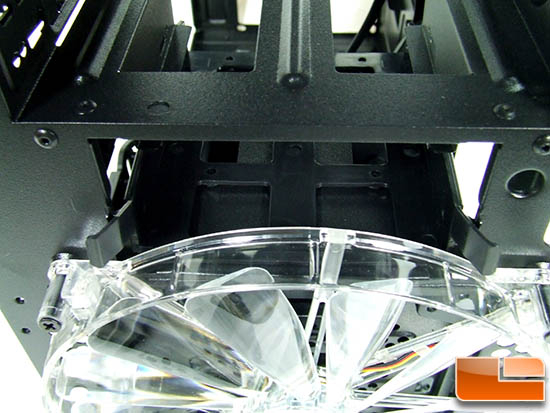 Now back to that tool-free external 3.5” bay. I say kind of because the tray itself is tool-free as you simply pinch the tabs and pull it out. You do however need to remove the front intake fan to get the tray out, which makes this setup not-so-much tool-free. 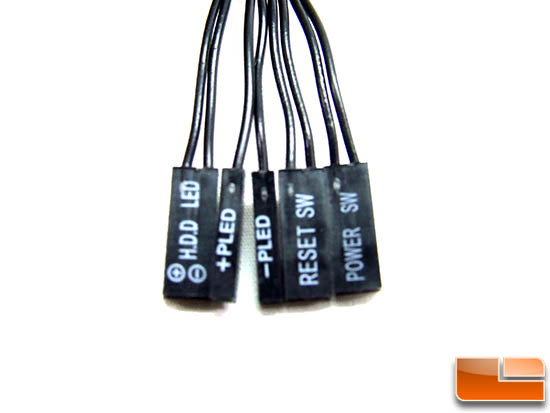 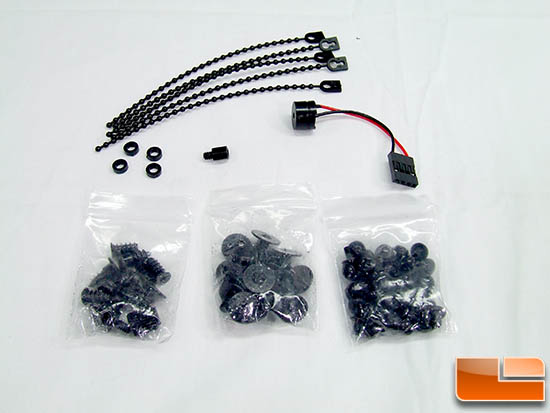 Thermaltake has included a ton of accessories with the Armor Revo Gene. Included are reusable cable ties, a case speaker, extra stand-off, spacers, and 3 bags of screws to fill virtually every hole in the chassis. 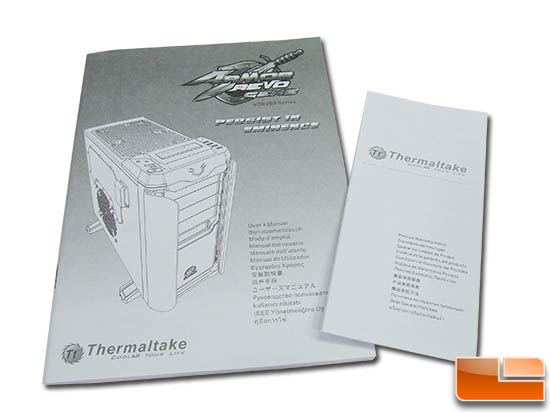 Thermaltake has also included a user’s manual and a Thermaltake warranty booklet which clearly explains their warranty policy in several different languages.