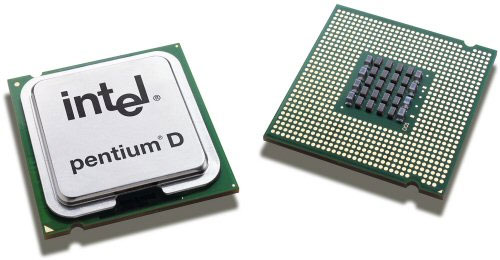 When I started on this review I was excited to see what Intel’s entry level dual core processors would bring to the table. The fact that they thrive under multi thread situations is undeniable, both the Pentium D 820 and 840EE did very well whenever running more than one application. I believe that as things evolve over the next several months we will see even more benefits from these processors as multi-threaded programs are written for or optimized to take advantage of the technology.

Having said that, I also think that many people will have the misconception that dual core processors will show a significant performance boost in any situation, which simply is not true. Gamers will be especially disappointed by this as the 820 and 840 did not stand out during most gaming applications. I am not saying it performed badly, I just think people will expect a dramatic performance boost from a dual core processor. I also think what people need to keep in mind, is that while the Pentium D 820 is a dual core processor, it lacks Hyper Threading and in reality is nothing more than a 2.8 GHz processor (actually two of them) when running a single application.

The final area to look at is always price versus performance and on the Intel 820 it looks pretty good! Currently the Intel 820 runs $276 for the full retail boxed version and $268 for the unboxed version. That pricing is within a dollar of the Intel 640 and since 99% of users multi-task the Intel 820 is clearly the way to go for Intel users putting together a new system on a budget.

In the end, we are looking at the birth of a new era of computing, the Pentium D 820 and its big brother the 840 are the first desktop processors of their kind, and as with any new technology, it needs time to develop and be refined.

The Pentium D 820 is a very good processor for the price. It shines in several areas, especially those that utilize multiple threads, and during my benchmarking and game playing, it performed adequately, and surprisingly, there wasn’t a terribly noticeable difference from the much more expensive 840 EE.

The Pentium D 820 is a great processor for those who like to multitask but who are also on a budget. It would not be my first choice for gaming, but if you are in the market for a fairly inexpensive, general processor, the Pentium D would be a great choice.