Today were looking at a true 5.1 gaming headset from the likes of Tesoro Technology, an up and coming gaming peripheral company based in Northern California thats been around since 2011 and not to be confused with the petroleum refining company Tesoro Corporation. The headset is officially called the K.pro, in the Greek spelling of the mythological Helm of Darkness owned by Hades, the Greek god of the underworld. However, Tesoro also spells the product name as Kuven.pro. 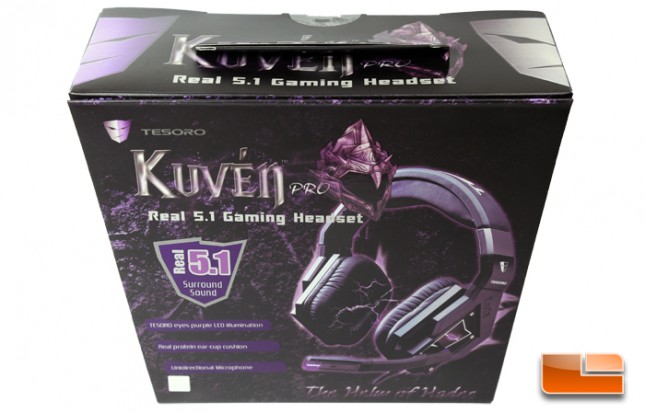 Tesoro specializes entirely in gaming peripherals and was the first to bring a multicolor backlit mechanical keyboard to the market with the Lobera Supreme back in 2013. However, unlike the Corsair Gaming K70 RGB, the Lobera Supreme is not able to customize the light color of individual keys. Tesoro has grown its presence in Asia and Europe, and is a sponsor for Virtus.pro, a Russian professional gaming organization. 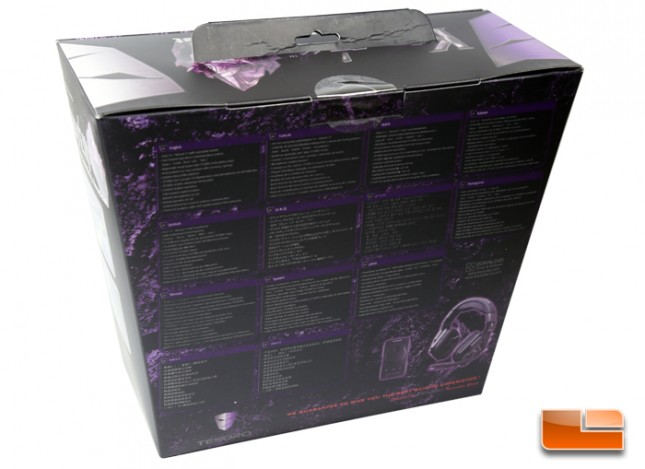 The Tesoro Kuven.pro is a true 5.1 surround sound headset each earcup has multiple drivers that output one of the surround sound channels. A desktop controller acts as an external sound card and allows the volume of each channel speakers to be adjusted. The Kuven.pro comes with a 1-year warranty and can purchased either at Newegg or at the Tesoro web store for $109.99 with free shipping. 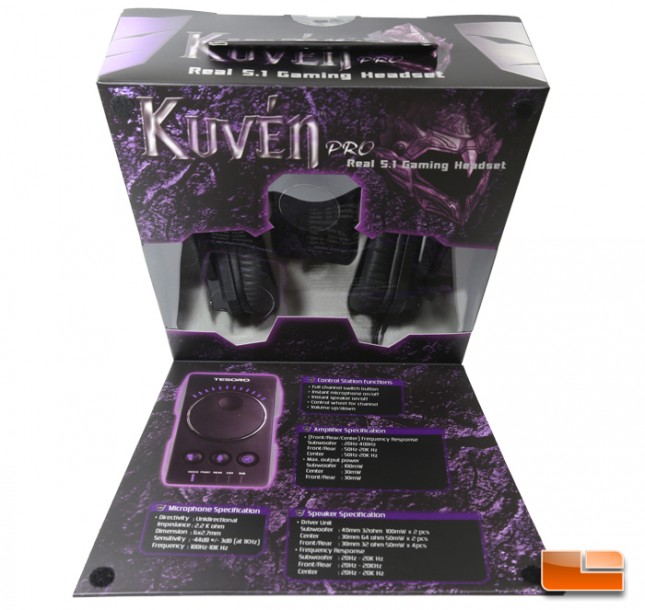 The Tesoro Kuven.pro consists of a headset, external controller and sound card, and USB-to-miniUSB cable. A quick start guide and Tesoro product catalog is included. 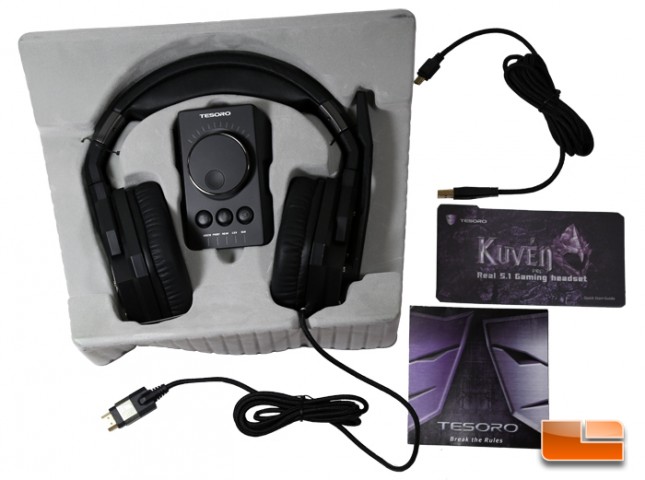