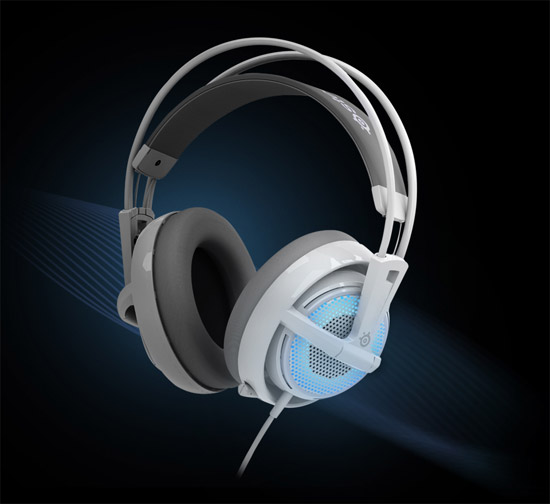 The SteelSeries Siberia V2 USB powered headset has been an award winning headset for some time, comes in various colors and is mainly used by gaming enthusiasts throughout the world.  Recently, SteelSeries has done some innovating by creating special edition themes around the headset such as the Diablo III and Counterstrike models to give gamers a special connection to the game they love to play.  The latest addition to the lineup is the Siberia V2 Frost Blue edition.  This headset takes the white version of the headset and incorporates a cool futuristic blue LED lighting system to the earcups, which looks good day or night.  Pricing for gaming headsets can run pretty steep, but the SteelSeries Siberia V2 Frost Blue headset retails for about $113 on Amazon.com and we were lucky enough to get our hands on a pair. 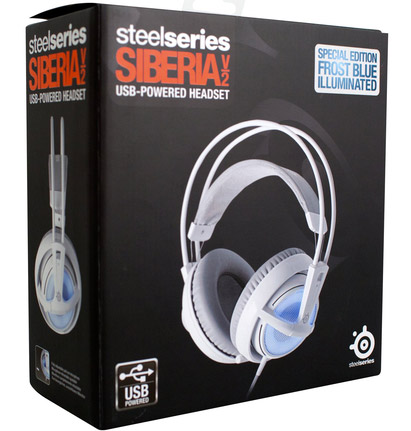 As we mentioned, the SteelSeries Siberia V2 collection is a complete line made in nine different colors, two themes (Diablo III and Counterstrike) and a special edition Pink model for support of Breast Cancer Research Foundation.  There are Siberia models for the PS3 and Xbox 360 and even models for the Ipod, Iphone and Ipad.  Clearly SteelSeries has taken their best performing headset and made it available to almost every gaming platform or musical device on the planet.  Prices for the Siberia headset range from $80 up to $130 depending on the model but the Siberia Frost Blue edition is what we will be looking at today.
Before we open up the box, let’s take a look at some of the cool features of the SteelSeries Siberia V2 Frost Blue USB powered headset. 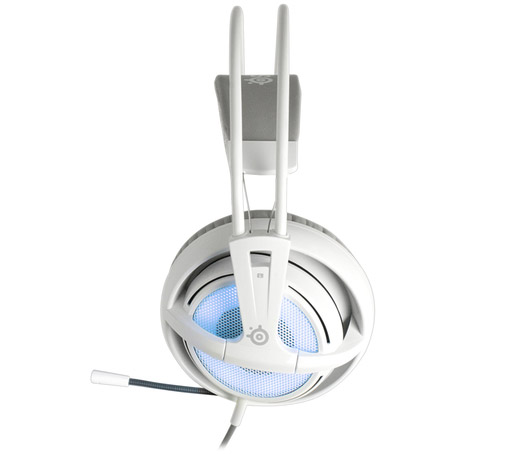 And some of the hardware specifications: