Moving away from the busy crowds and lines on the E3 2014 main floors, we met with SteelSeries behind closed doors to take a look at upcoming products and even an unannounced product, all of which we are sharing with our readers. SteelSeries has had an impressive year marked with many new products that have delivered many of the most wanted technology and features gamers want from their mouse, keyboard, and headset. SteelSeries continues to look forward to the future and has shared to us and for our readers their upcoming Sentry Eye Tracker, Stratus XL iOS wireless gaming controller, Sims 4 themed peripherals, and the unannounced update to the Siberia Elite headset, the Siberia Elite Prism!

The Siberia Elite Prism gaming headset was a bit of a surprise because it won’t receive an official announcement later in the year with the earliest being in July. We were given permission to both photograph and record footage of the unannounced product and to break the first look. SteelSeries had a pair of development units to show to media guests at E3, but it seems we were the only ones to express great interest as a result of our time spent with the original Siberia Elite. 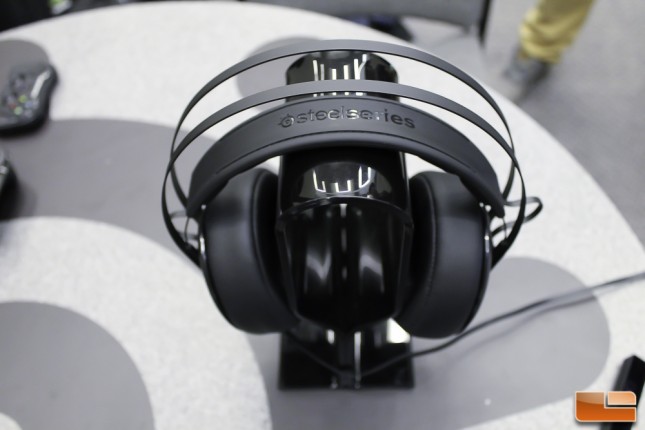 The Siberia Elite Prism in its current form is an update to the Siberia Elite gaming headset which was released near the end of last year for $199.99. With the input received from user reviews and professional reviews including our own Siberia Elite review, SteelSeries had made changes to the design to address concerns. The Siberia Elite Prism has a wider diameter on the inner ear space giving more room around the ears. The result of this is that the padding is far less likely press against the ear and there’s more ventilation in that space. 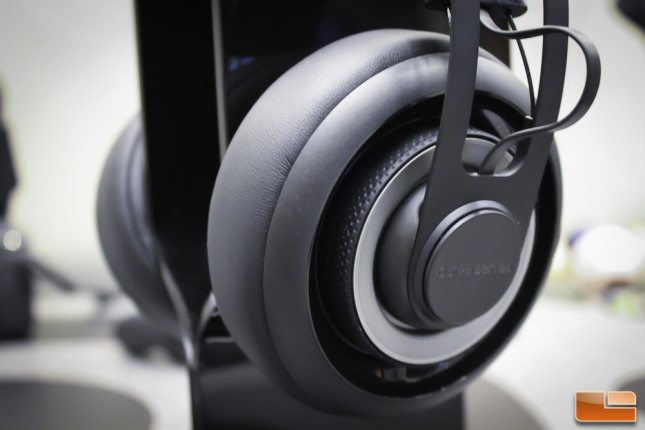 What will happen for sure is that the black Siberia Elite will be updated with a black anodized headband. The Siberia Elite Prism will use the same retractable microphone as the H Wireless which has a skinnier boom and a better recording quality. We’ve also been told that SteelSeries is working on making the USB Soundcard more powerful to address complaints that the output volume through the sound card isn’t loud enough. Everything else about the Siberia Elite Prism will be as the same as the original Siberia Elite. Despite these development units not being fully functional, we have been reassured that the sound design and the related components will remain the same delivering the same great audio quality we liked. The multicolor LEDs, swappable cable system, and the self-adjusting headband characteristic to the Siberia family will also continue to be used. The Siberia Elite Prism is expected to be available for purchase at the end of this year at the same $199.99 price as the original. 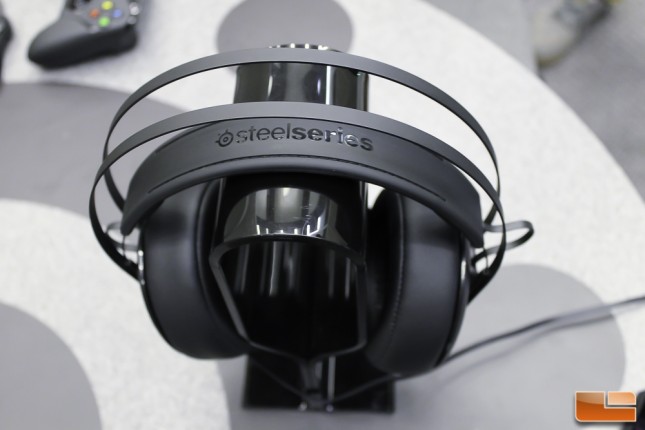 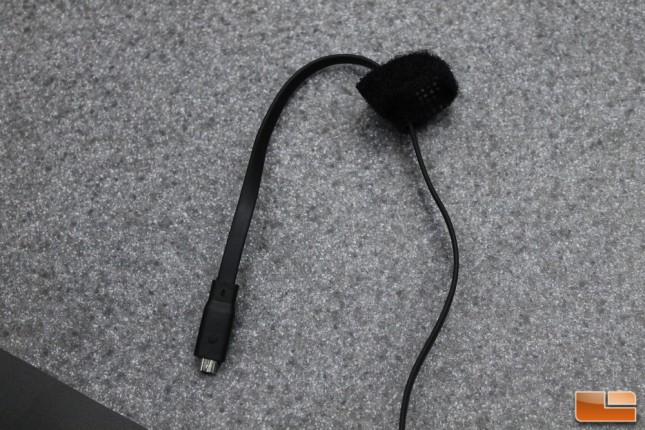 Moving onto the products that will come sooner in time, we got to take a look at the Sentry Eye Tracker developed with Tobii Technology from Sweden and the Stratus XL wireless iOS controller. The Sentry uses cameras that determine where on the computer display the player is looking at and the data is fed into analysis software. This information is then processed into a usable form for the user as an aid for self-improvement or to be compared to results collected from pro players. SteelSeries sponsored players have been using the sentry for over a month to help with coaching as well as to improving the Sentry. Some interesting information about these players is that their eyes can be moving 10 times more frequently around the computer screen than that of more typical gamers. Pricing and availability is not fully certain as the Sentry is still in development, but SteelSeries is looking to release it before the end of this year. 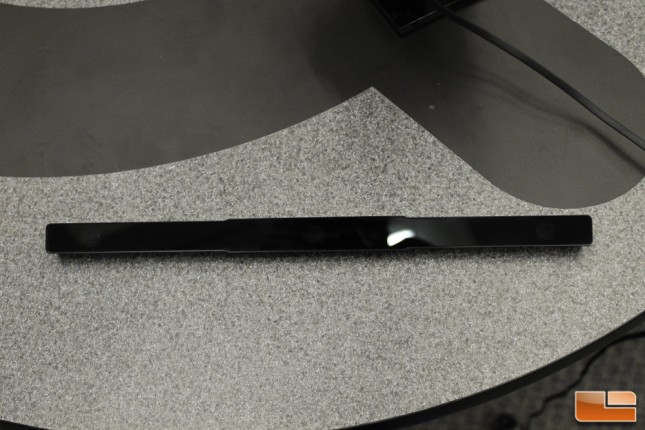 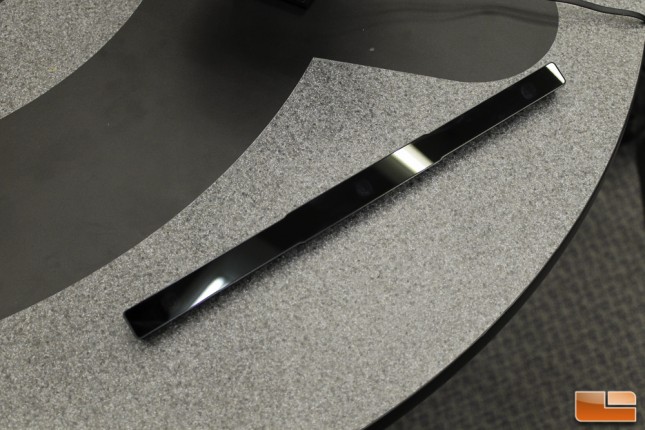 The Stratus XL controller is a Bluetooth wireless controller for iOS 7 compatible devices that will act as the larger sized brother to the Stratus controller released earlier this year. Despite the larger size different and shape being far less portable than the Stratus, the Stratus XL had a better ergonomic design in our hands. Mobile gamers with an iPhone, an iPod Touch, or an iPad can game with more control and comfort thanks to the dual thumbsticks, pressure sensitive buttons, and analog shoulder triggers. The Stratus XL is powered by two AA batteries for 40 hours battery life with an indicator giving the gamer the ability to monitor how much power remaining. The Stratus XL will be available sometime later this year and pricing is not yet certain, but is expected to be greater than the $79.95 price of the Stratus. 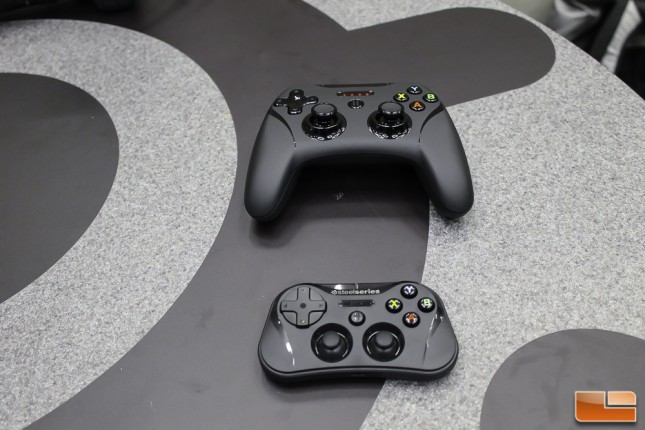 Lastly, we took a look at The Sims 4 themed SteelSeries peripherals consisting of a mouse, headset, and Qck mousepad. To further strengthen the theme, the mouse and headset have RGB LEDs that when playing The Sims 4, glow either green or red to reflect the mood of the player’s Sim. The lights and other settings can be modified with SteelSeries Engine 3. The Sims 4 Gaming Mouse is a modified SteelSieres Kana V2 with fewer buttons and The Sims 4 Gaming Headset is an entirely new design. The Sims 4 themed SteelSeries peripherals will launch in fall with pricing for the headset at $39.99 and the mouse at $29.99.

We’ve also got some bonus pictures of the SteelSeries Wireless H gaming headset which we haven’t yet reviewed. 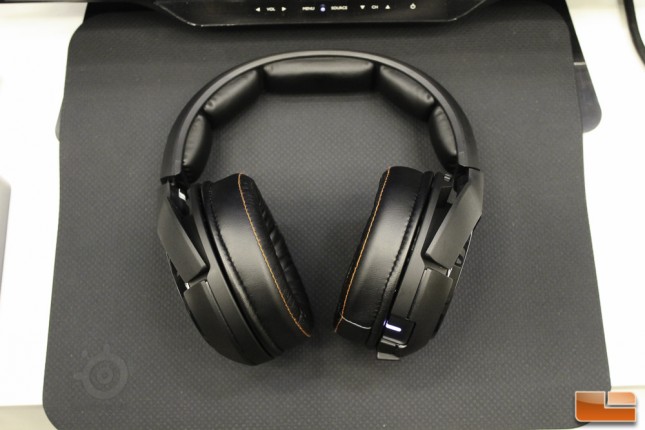 That about wraps up the upcoming products from SteelSeries shared at E3 and we look forward to seeing these products hit the shelves later this year.