Shattered Horizon comes with just a few maps, Flipside, The Arc, ISS, and Moondust. Futuremark does, however, plan on making DLC packs which will be free to download. All the maps generally force you to pay attention to every pixel on your screen, and constantly turn around or someone may come behind you and get a tank shot where your oxygen tanks explode from getting hit just right. 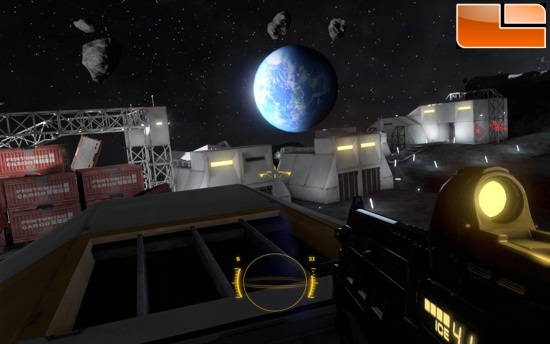 Flipside forces players to hold both sides of the broken disc of Moon rock where the Hadley Space Station resides. MMC is fighting to keep stockpiles of high purity nuclear fuel, with the ISA trying to take the supplies themselves or simply destroy the MMC. Flipside is a map where sniping can be fairly dominant, but any play style is accommodated with such an open map. 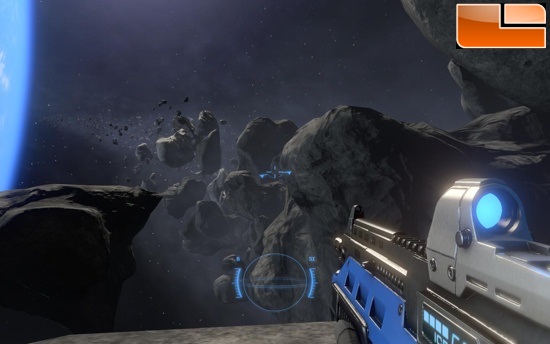 The Arc is a smaller level better suiting a near-empty server. The map puts players against one another amongst many huge fragments of the moon and little else aside from each team’s space shuttle docked at each end of the arc. This is a great map to take advantage of the zero-g environment, to take footing where you would be upside down relative to your opponents. This is an option available on other maps, but more useful here. 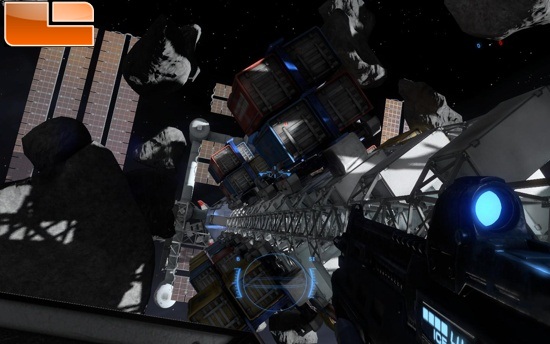 The International Space Station or ISS is the most intricate map, where ISA members attempt to hold off the MMC from taking over the mostly meteor-destroyed station. This is another fast-paced map, where it is easy to get distracted by the remains of the station, but also easy to just fly around quickly going undetected amidst all the solar panels, debris, and metal framing. 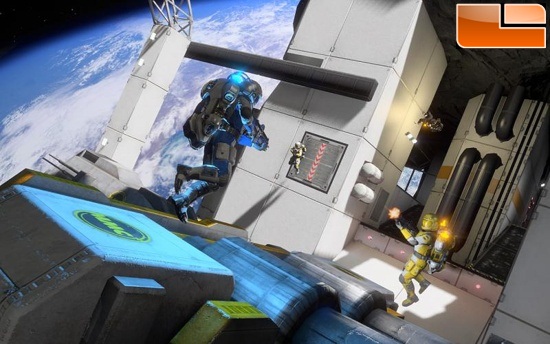 Moondust is an oxygen-rich fragment of Moon rock where the MMC has set up a mining facility, brought straight to the ISA by the Arc’s Rotation. With lots of corridors around the facility, unless you are sniping on the top outer surface of the rock, you are kept on your toes because you never know if an enemy will pop up around the next corner you turn. 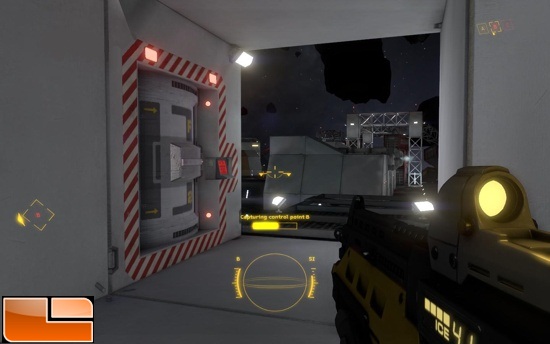 Shattered Horizon is one of the most realistic, futuristic, and enjoyable games I’ve played to date. The only map I don’t particularly enjoy is ISS because there is so much being displayed that it is much harder to see your opponents, but that is just my opinion. The other three maps are just beautiful and provide great gameplay. I am really looking forward to the new DLC maps and game updates to optimize the game a little bit better so more people can play the game.

So if your PC lives up to the minimum requirements being an 8800GT and Dual Core CPU, I’d have to say this game would be a great addition to any gamer’s collection e-tailing at just $19.99, because this game is certainly playable and fun on even the lowest settings.