Installing Hardware into the GS-6050 II 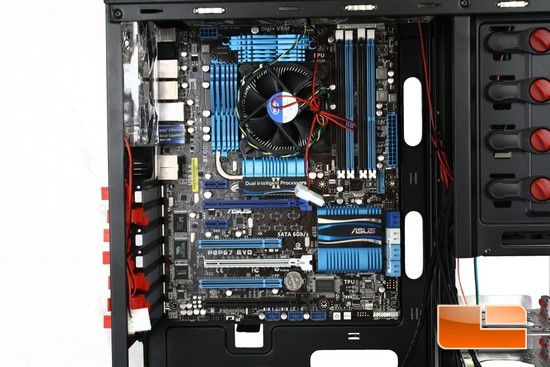 Originally I was hoping to install the larger Asus Rampage 2 Extreme motherboard into this chassis, but I quickly found out that this motherboard could not fit into the GS-6050 II chassis (Installing the ASUS Rampage II Extreme motherboard was not a absolute need, but more of an want). I even tried installing one of my extra standard sized ATX motherboards Gigabyte P45 775 Socket motherboards that I had lying around and I still had some form of fitting issues, when I tried to install this motherboard into the GS-6050 II chassis (one of the upper CPU power mosfet heatsinks kept hitting one of the upper 120mm exhaust fans). Leaving me no other options but to use the ASUS P8P67 EVO motherboard from my personal computer. 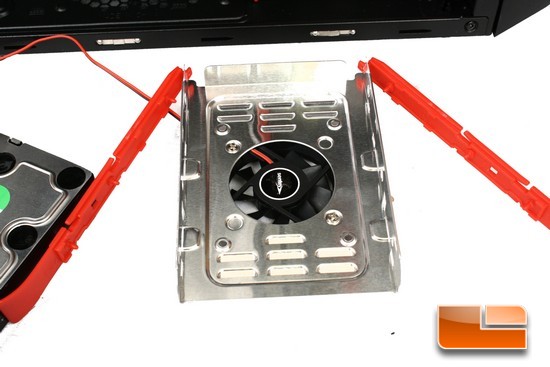 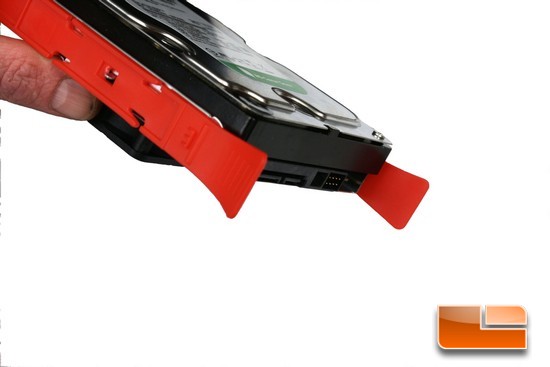 What the 3.5” HDD looks like once installed into one of the GS-6050 II chassis’ HDD carriers. 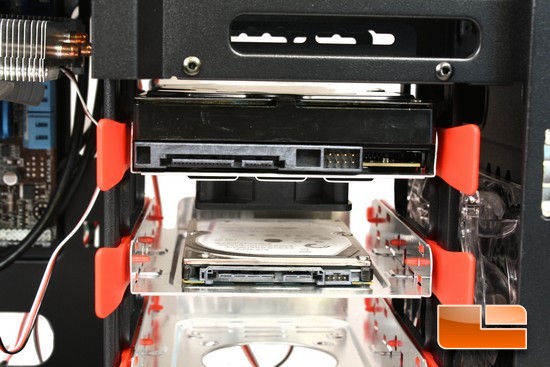 This is an area I did not like to see with the GS-6050 II chassis, and that is having the connectors on the HDD’s facing the left side of the chassis. I would have again preferred to see the HDD’s connectors face the opposite side to hide any of the wires that will be needed to be hooked up to the HDD/SSDs.

If you happen to install a 2.5” HDD/SSD into these HDD carriers, it will sit back from the edge making hooking up the SATA power cable troublesome; because, there is very little room between the HDD/SSD and the drive carrier. 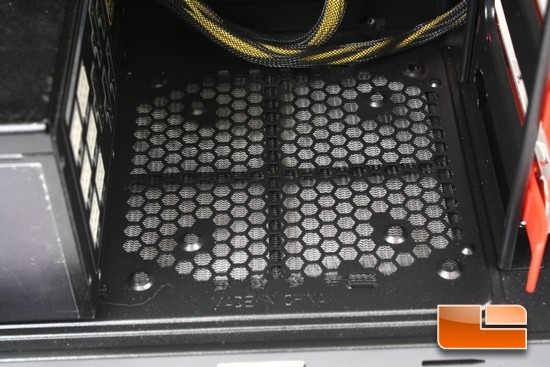 Looking at the optional bottom 120mm fan mount. If you are using a large PSU, you will be unable to mount a fan here. 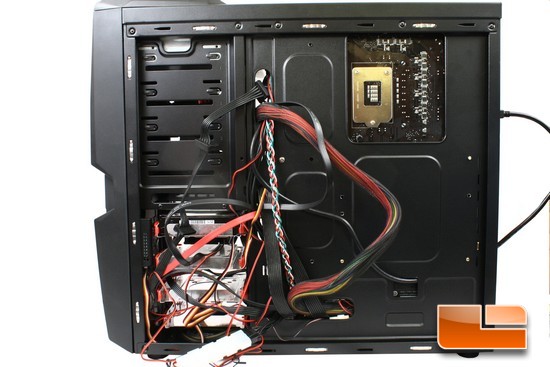 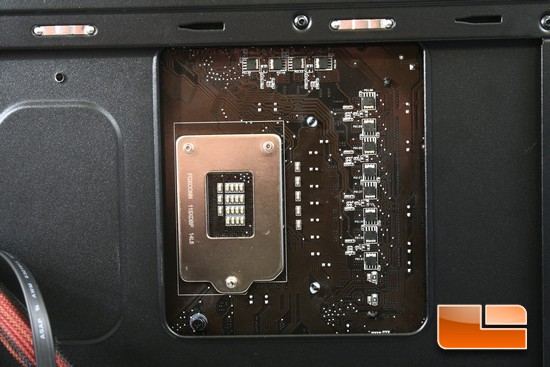 Just as I feared about the CPU cutout it is way too small to be of any good use. AS you can see from the image above two of the CPU HSF mounting holes are inaccessible. 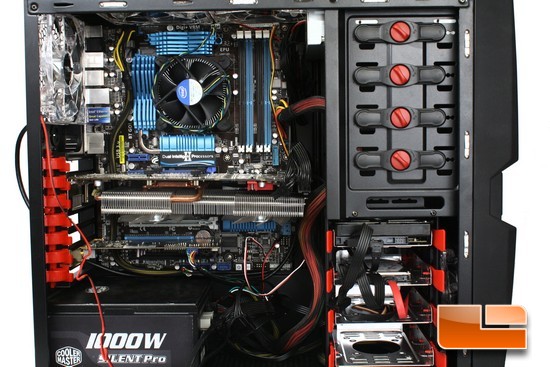 The final install of all of my computer components into the Sentey GS-6050 II chassis. From the looks of this picture it appears that things are a bit crowded inside. And, having that main 24 pin PSU power cable in the way doesn’t help matters on the interior of this chassis. If I were to have used a PSU that was not modular I would be in some serious trouble with cable management, as the wires would be everywhere on the inside of the chassis with no place for me to hide them. 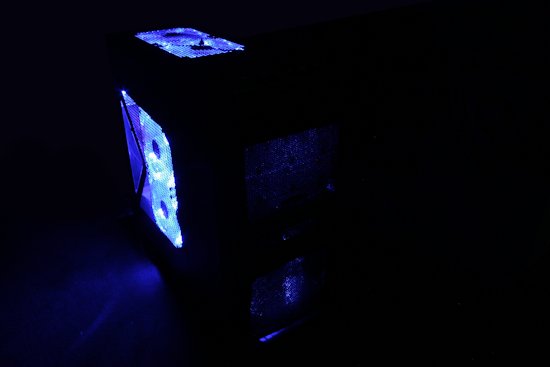 The image above shows what the Sentey GS-6050 II case looks like at night with all the LED fans that come with it lit up and running.