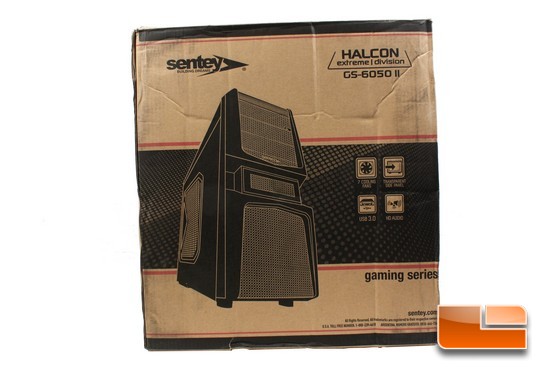 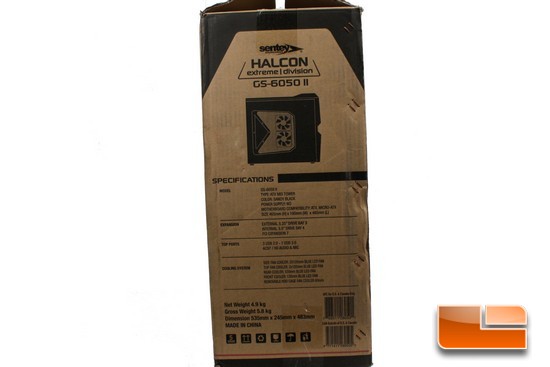 Turning the box 90° to the end caps, Sentey gives us the specifications of the GS-6050 II chassis. 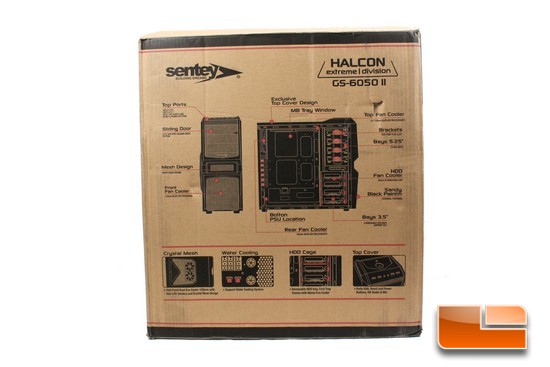 Rotating the box another 90° to the backside, Sentey gives us the overall layout and some general capabilities of the GS-6050 II chassis. 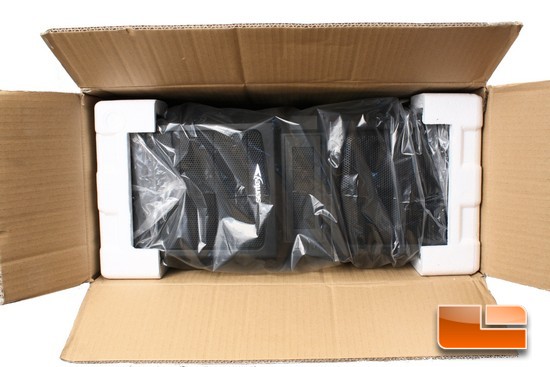 Opening up the box we can see that Sentey follows a standard chassis packaging. I would like to note, that Sentey uses smaller foam end caps that I have seen on previous chassis. But even though these end caps are smaller, they still provided enough protection from UPS’ brutal shipping process. 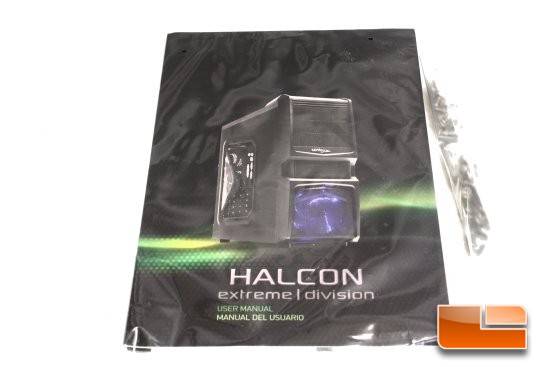 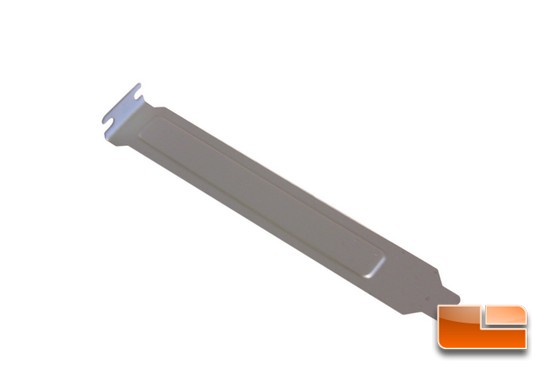 This is the PCI expansion bay cover the Sentey included into the GS-6050 II chassis. It is just a everyday standard PCI cover. And, there is only 1 cover that gets included. 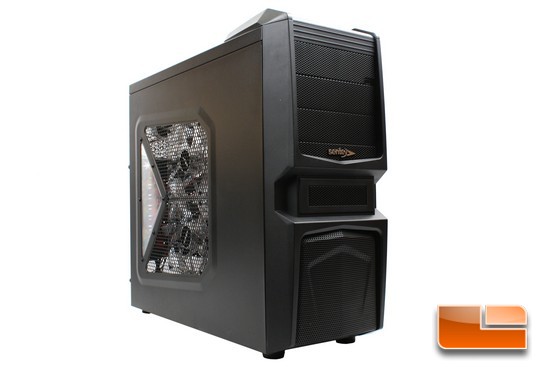 Here is what the Sentey GS-6050 II chassis looks like prior to me ripping it complete apart. Not a bad looking chassis, a bit smaller than what I have seen/used in previous mid-tower chassis. I should mention that this chassis is fairly light in weight.