Editorial: The Search for Booth Babes at E3 2014 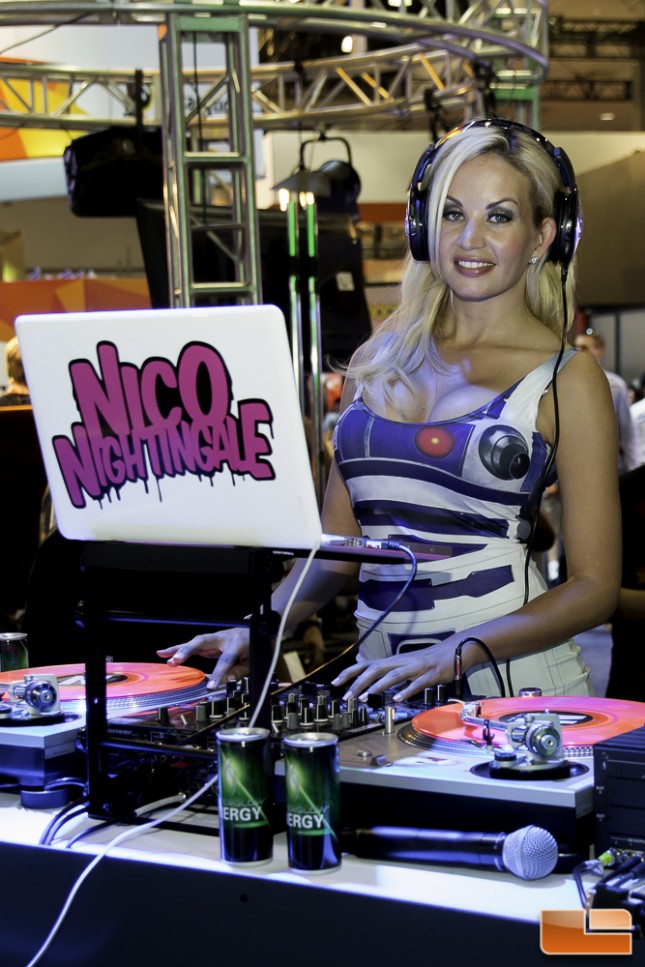 E3 2014 has certainly been a unique experience. Maybe its just age or cynicism, but there are many reporters walking around the halls of the Los Angeles Convention Center saying the same thing: E3 isnt what it used to be It could be that the E3 organizers changed the expos layout with the Big Three of Sony, Microsoft, and Nintendo now in the same hall (West), while most of the larger software companies (EA, Ubisoft, Activision, Konami, etc) are located together in the South hall.

It could be that many of these companies have been showing game titles that arent due out until 2015 or 2016 frustrating many gamers who actually want to use their Wii U or PlayStation 4 before the hardware is outperformed by their cell phone.

While all of these are changes, one of the biggest changes since last year has to be the disappearance of the Product Models, or Booth Babes. One of the most interesting things about E3 has been to see what limits companies will go to in order to get the attention of the typical E3 attendee: (Spoiler! We are talking about young males). 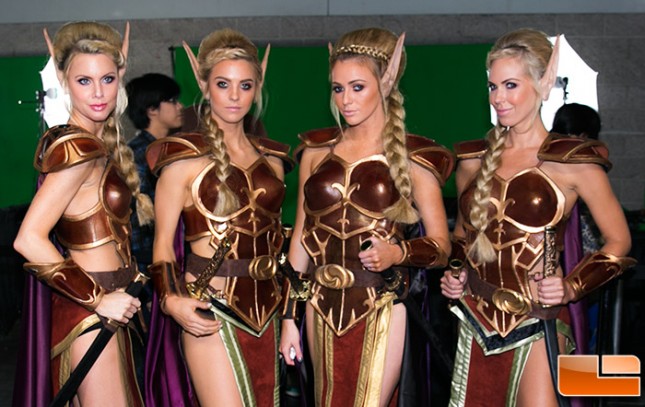 Back in the old days these models used to be at every corner of the convention floor handing out flyers, or magazines, or t-shirts, or dressed up as characters from the game. Their job was to pose with the convention goer and drive traffic to the game title. At E3, their job is to get their pictures in as many publications as possible probably with the game in hand or standing in front of the particular booth.

Last year, there was a bit of a dust up with our coverage where we at Legit Reviews were called out for being sexist and behind the times. Maybe. The fact is that many companies still hire Product Models and put them in front of their products at their booths. The models drive a lot of traffic and some of them even know a thing or two about the products they are modeling. There are many who dont. But just because we take their pictures doesnt mean we are the evil ones exploiting women (and men). 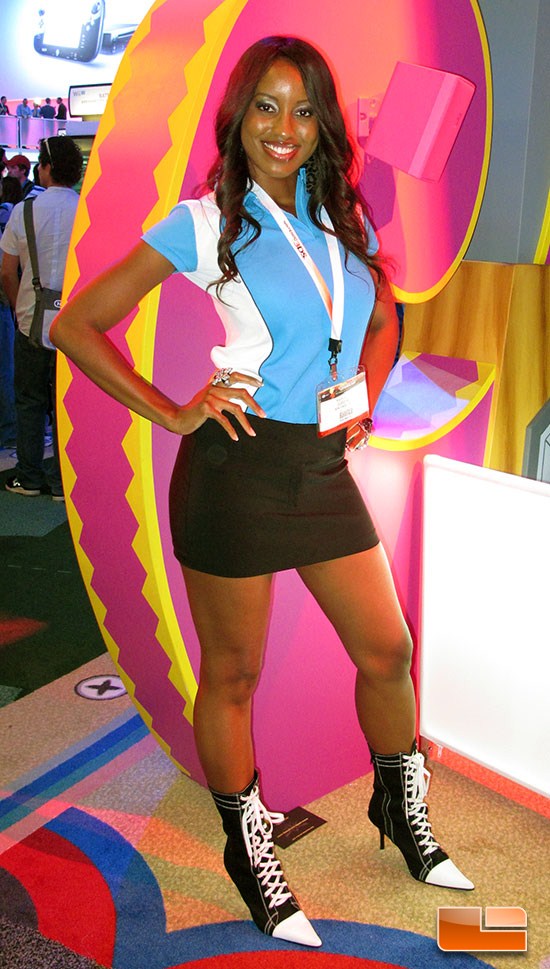 With all of that said, it seems that there has been a seismic shift in the numbers of Booth Babes, er, Product Models that now attend events like E3. Maybe its the economy, or companies now have a conscious and have figured out selling games and consoles is about gameplay and content, not that 6-foot size 0 dressed up as Laura Croft with a lift in front of your booth.

Nah! People still want to see the babes, thats why companies put them out there. 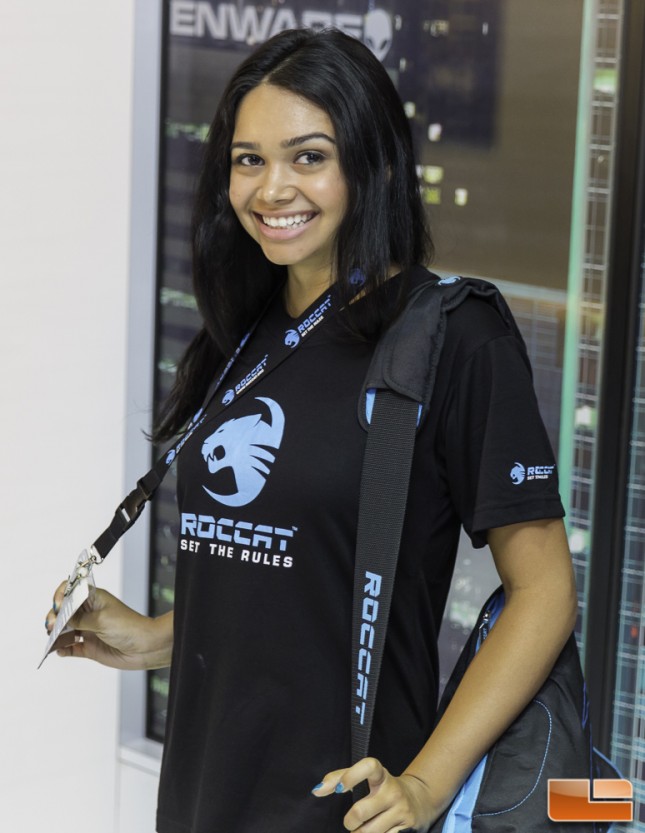 We have talked to several models from many of the companies at E3 and some have told us that their company have new rules as to how they interact with the public. Some companies dont even have product models on the floor anymore, but rather the designers and developers of the games (now thats an interesting concept!). Some companies will put models on the floor to hold their product or help with crowd control but are not allowed to pose with the public. Other companies havent changed a thing that they do with regards to their models. They will find the smallest dress, highest heel, and outfit the model with stickers or pins to get closer to that gamer walking the floor who has only dreamt of being this close to a fantasy woman. Maybe they will tell their friends online to check out that game or download the demo based on their positive experiences at the Expo.

E3 2014 certainly had a number of Booth Babes and Product Models on the floor, but compared to what we have seen in the past, they were much fewer in numbers. It was reported that Nintendo hired more than 350 models last year to work the Nintendo booth. This year, we hear that number is down by half. It also looks like the Cosplayers are staying away from E3 and saving there strength (and budget) for PAX, Comicon, and BlizzCon. After three days on the E3 Expo floor, we didn’t see hardly anyone from the public dressed up in their Cosplay gear. We did see a number of people in costume, but these were from the publishing or software companies and not from the public. 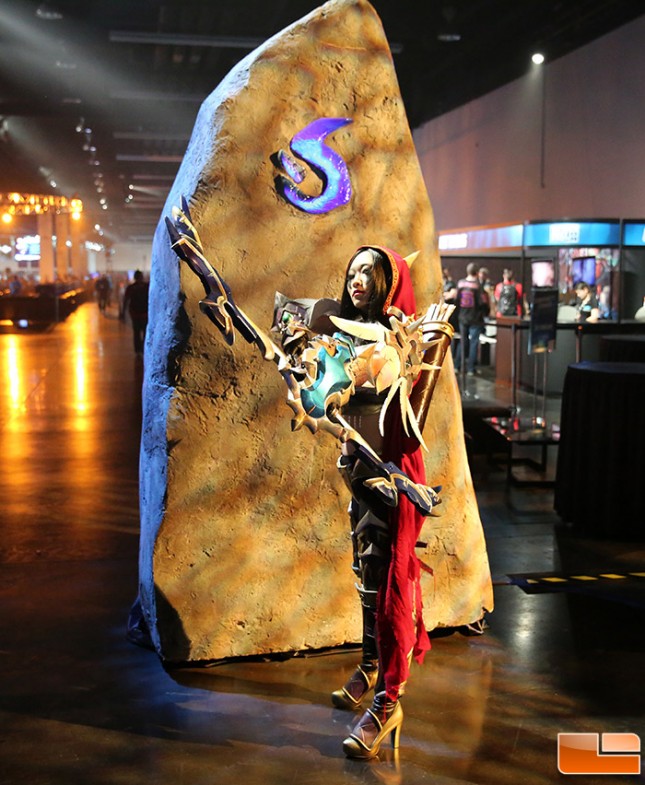 We admit that there is a lot of entertainment value in looking at pretty women, or checking out the creativity in a cosplay attire from a convention like E3, Pax, or BlizzCon. We here at Legit Reviews plan to continue our coverage of Booth Babes and Product Models, not because we like oppressing struggling models or hate women, rather we think its harmless fun and our readers love to read and comment on the articles.

Thanks for reading our take on the state of Booth Babes. We hope you will keep an open mind and take a look at this years coverage of E3s Best Booth Babes and Product Models. Tell us what you think about the subject and let us know if you think we should continue our coverage or youve had enough.