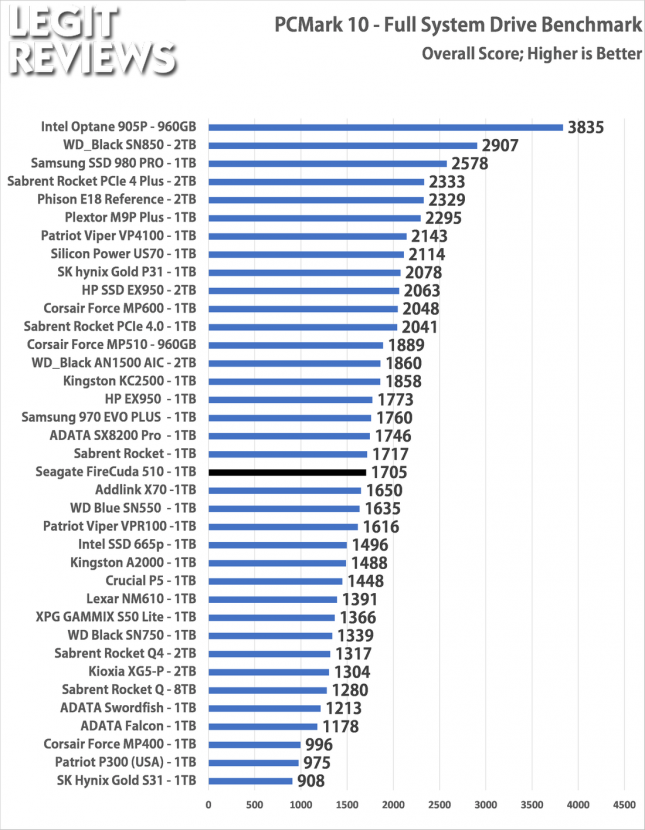 On the full system drive benchmark the results had the Seagate FireCuda 510 1TB scoring 1,705 points and that once again puts this drive in the middle of the chart. 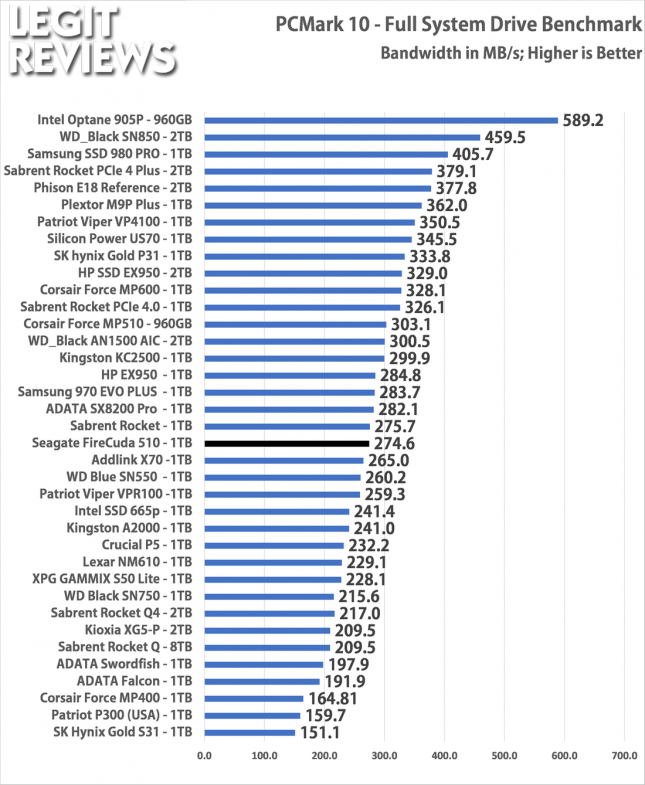 The PCMark 10 Storage Benchmarks overall score is calculated from the bandwidth and average access time sub-scores. The bandwidth subtest is defined by UL in PCMark 10 as bandwidth = bytes / busy_time_for_read_and_write. Here the FireCuda 510 series 1TB drive averaged 274.6 MB/s. The addlink X70 1TB drive uses the same controller and gets 265 MB/s, so the performance is pretty close to that of other drives using the Phison E12 controller. 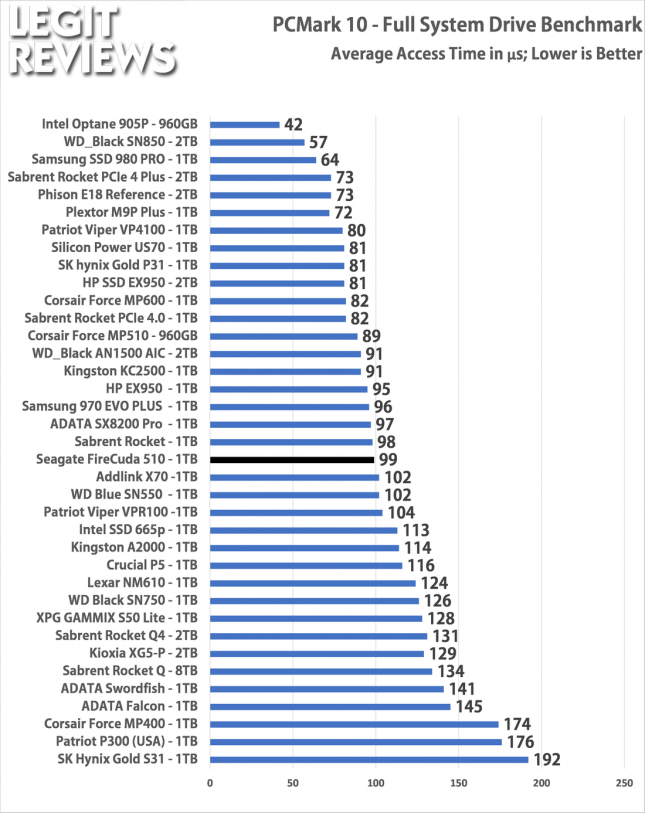