The Seagate FireCuda 510 SSD series of NVMe drives came out in early 2019 and was designed for professional-level gamers in mind. This drive series is available in capacities of up to 2TB and features a controller that uses the PCIe 3.0 x4 interface. It is capable of reaching speeds of up to 3.45GB/s read and 3.20 GB/s write. Not bad for something that came out in 2019 and much faster than those that are still using a SATA III SSD or those on a spinning hard drive.

Under the hood the Seagate FireCuda 510 uses a Phison PS5012-E12 controller with KIOXIA BiCS3 64-Layer TLC NAND Flash. The firmware has likely been tweaked a bit Phison to meet Seagate’s requirements, but performance should be similar to other E12 based drives on the market. Seagate backs the FireCuda 510 series with a 5-year warranty for peace of mind. They also have an endurance rating of 650TBW for every 500GB of storage space. 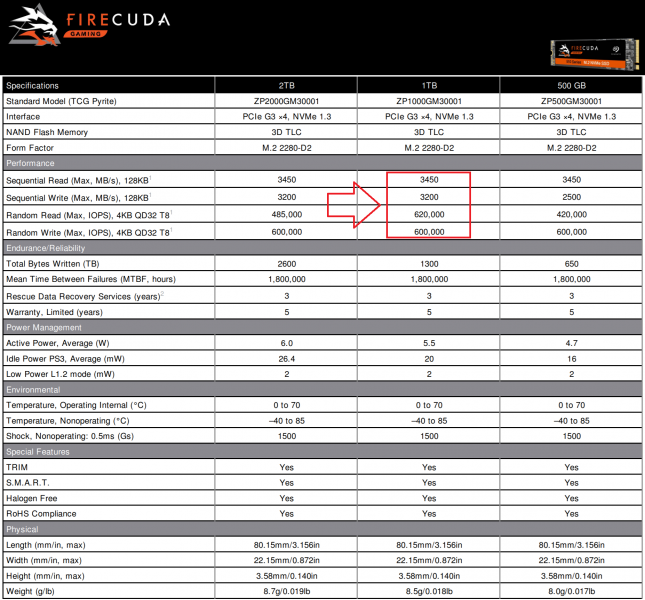 The performance of each drive in the Seagate FireCuda Gaming 510 Series differs slightly between each capacity. The best performance is actually on the 1TB model as offers up to 620,000 IOPS Random Read and up to 600,000 IOPS Random Write as a queue depth of 32 with 8 threads. This means at very high queue depths, the 1TB model has almost 48% better Random Read performance than 500GB model and nearly 30% more than the 2TB drive. On the sequential write side the 1TB drive is 28% faster than the 500GB model. So, if you care about performance you’ll want to skip the 500GB drive and get the 1TB.

Seagate sent over the 1TB version of the FireCuda 510 SSD for us to take a quick look at. After looking at the performance chart, why would they send any other capacity to be reviewed by anyone that benchmark tests? The model number on the drive that we were sent was ZP1000GM30001. The drive arrived in a static bag from the PR team, so we didn’t get a retail boxed version or anything like that. It looks like Seagate went with the Phison reference PCB and that means it is blue and they topped it off with their label.

On the back of the drive you have another label and two more KIOXIA BiCS3 64-Layer TLC NAND Flash chips and one SKhynix DDR4 DRAM chip. This is not a DRAM-less drive and that is good as many enthusiasts, gamers and prosumers want dedicated on-board memory.

Our drive was so old that the very first thing we did was to check Seagate’s Download Finder to see if any firmware updates were available for this drive. We were shocked to find that no newer firmware was available, but that shows this should be a stable drive. 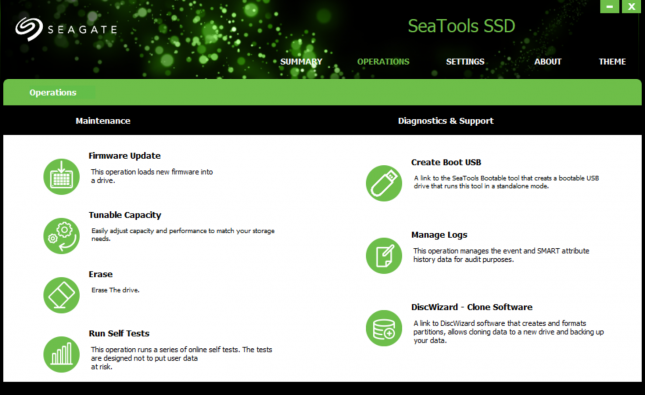 Seagate SeaTools SSD is a nice toolbox for your SSDs, but it won’t check the firmware status or download any firmware for you. If there is a newer firmware available you need to check for yourself online and then download the firmware. Then you can use the firmware update tool in SeaTools SSD to flash the firmware to your drive. This process is something that we’d like to be included all in one application, but Seagate has it split up for some reason.

Let’s move on to testing!