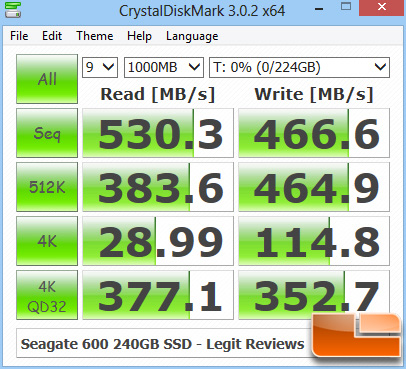 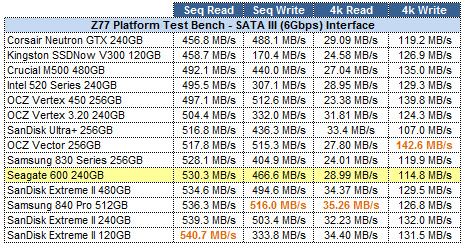 Benchmark Results: As with the AS-SSD benchmark, we see little reduction in performance from max specifications and while posting the best scores, it was near the top.

Along with the move to a new platform, we decided to make a change in one of the benchmarks. There’s a relatively new benchmark called Anvil Storage Utilities that is in beta but close to production. It’s a very powerful tool that measures performance through a variety of tests which can be customized. Since some of the tests more or less duplicate what we get from other benchmarks we use already, we decided to use the IOPS (Input/Output Operations Per Second) testing on 4kb file sizes at a queue depth of 32. IOPS  performance is something SSD makers tout quite a bit but we generally don’t do a lot of IOPS testing because frankly a lot of users can’t relate to IOPS metrics as well and it tends to be more meaningful to the enterprise/server crowd. Still, it is another performance indicator with relevance and while some drives post good MB/s numbers, their IOPS scores aren’t always commensurate which this test will prove out. 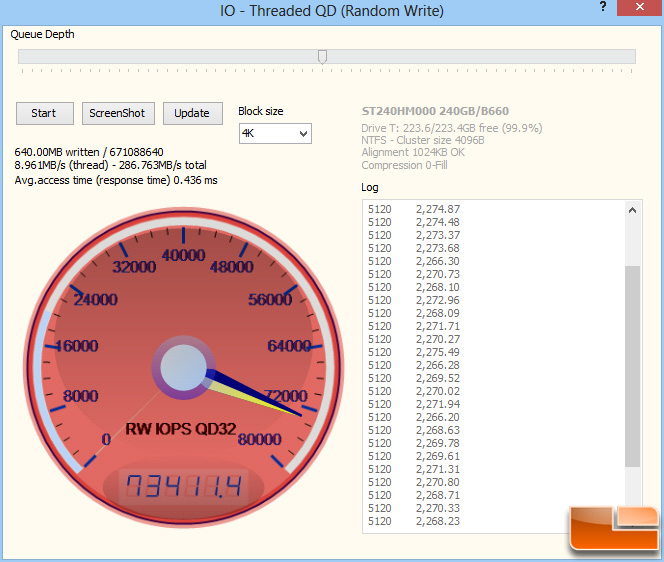 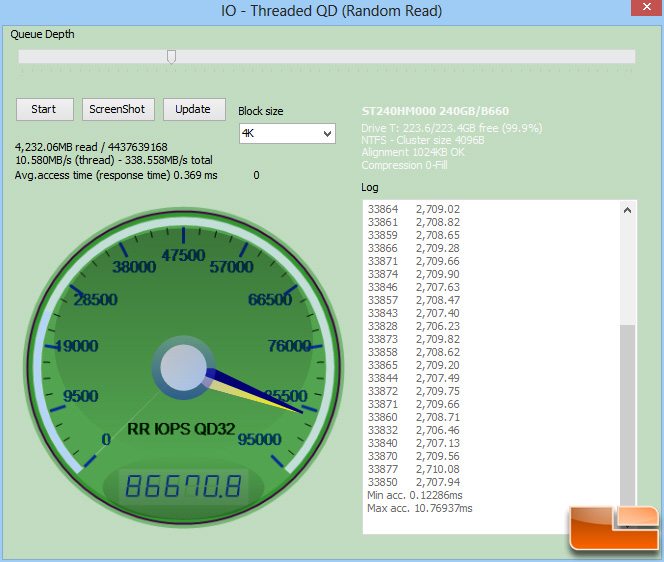 Benchmark Results: IOPS performance was very good, exceeding the published specification of 80K/70K read/writes by a modest margin and near the marks set by the best drives we’ve tested. 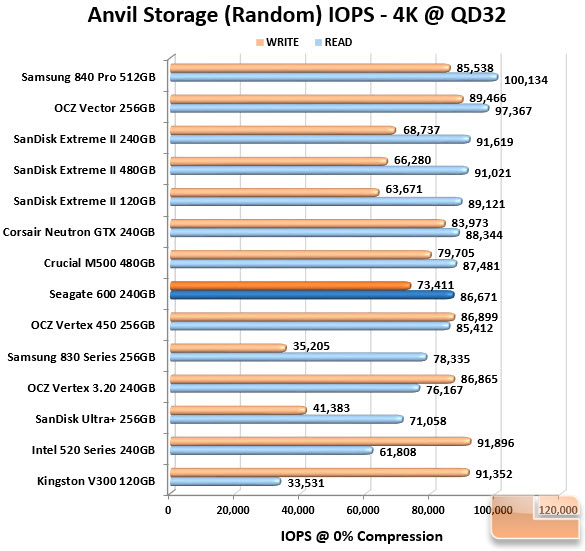