Futuremark has overhauled “The Gamers’ Benchmark” with the introduction of 3DMark 06. The benchmark includes improved Shader Model 2 tests, new CPU tests and HDR Shader Model 3 tests for system-wide gaming performance measurement. Final scores are now impacted very directly by the CPU used. We focused our attention to Shader Model 2.0 and Shader Model 3.0 results as this will tell us just how well our video card performs in this benchmark. 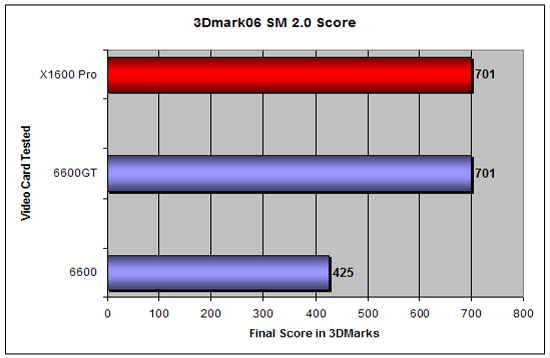 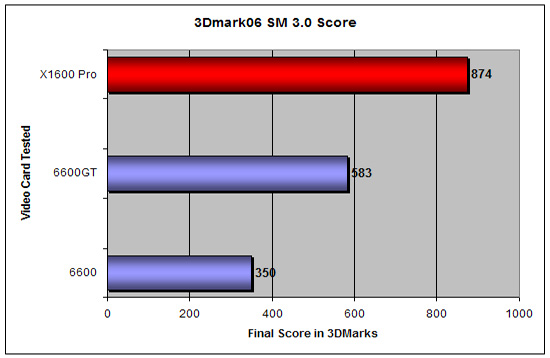 Most current generation games use SM 2.0 technology but more and more you will see SM 3.0 titles being released.

Going by the results we see here, 3D Mark 2006 indicates that current generation SM 2.0 games should run equally well on both the X1600 Pro and 6600GT, while SM 3.0 games on the way will run faster on the X1600 Pro. Of course 3D Mark is not based on any game coming out so we can only use it as a tool of what developers “might” be doing in the future.