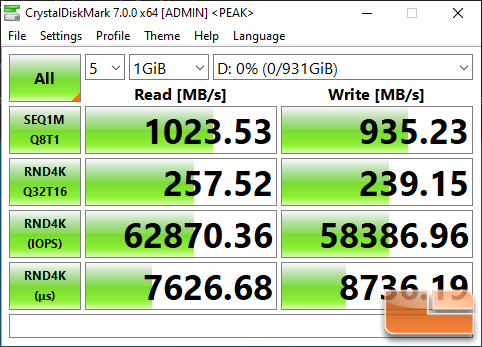 Benchmark Results: The SanDisk Extreme V2 1TB Portable SSD topped out at 1023.53 MB/s read and 935.23 MB/s write. This drive is officially rated to deliver up to 1050MB/s Read and up to 1000MB/s Write, so we are just shy of both of those on this particular AMD X570 test platform. 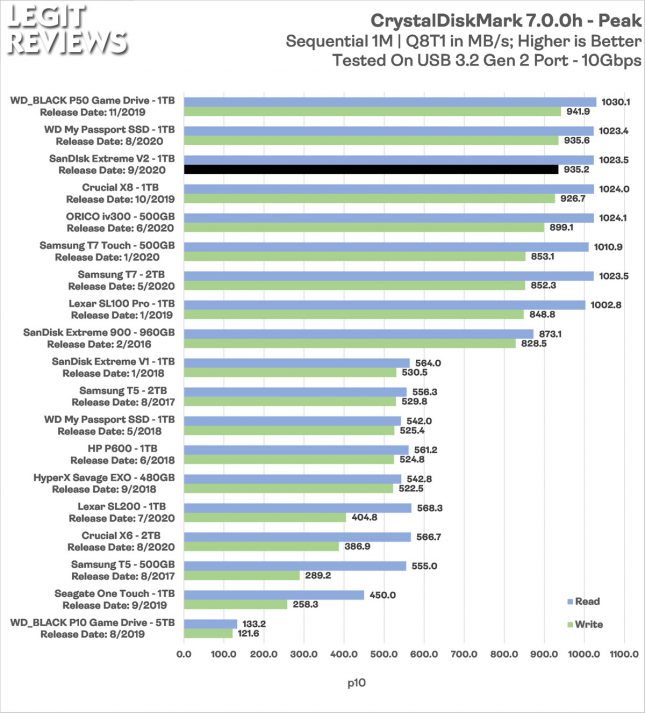 Benchmark Results: When compared to the other leading portable SSDs on the market right now, the SanDisk Extreme does really well. The performance on the drive is very similar to the WD My Passport SSD (2020) and that is since both drives use the Western Digital SN550E SSD inside. SanDisk told us that the firmware does have some subtle changed though and that the sustained write performance should be slightly better on the SanDisk Extreme V2 series. 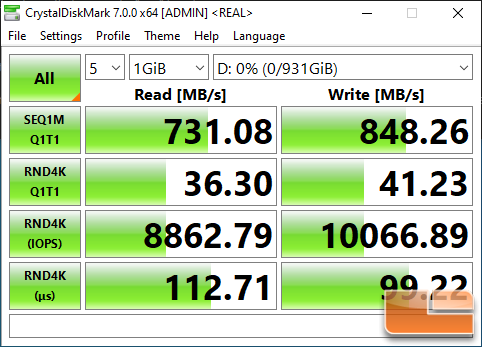 Benchmark Results: With the queue depth lowered to just one the performance went down a bit and we topped out at 731.08 MB/s read and 848.26 MB/s write. This is is a bit more realistic than testing a portable drive at a queue depth of 8. 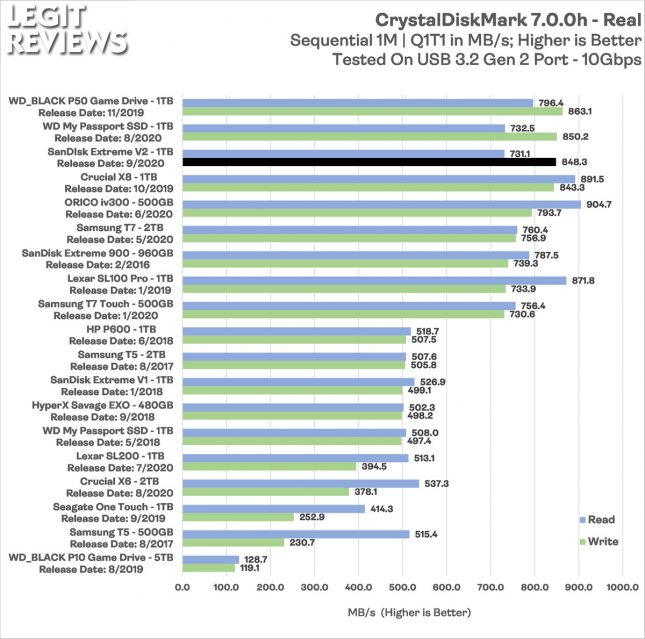 Benchmark Results: Almost all of the drives get less performance at QD1 and this is expected. The SanDisk Extreme V2 and WD MyPassport SSD (2020) 1TB drives were basically identical in this benchmark. 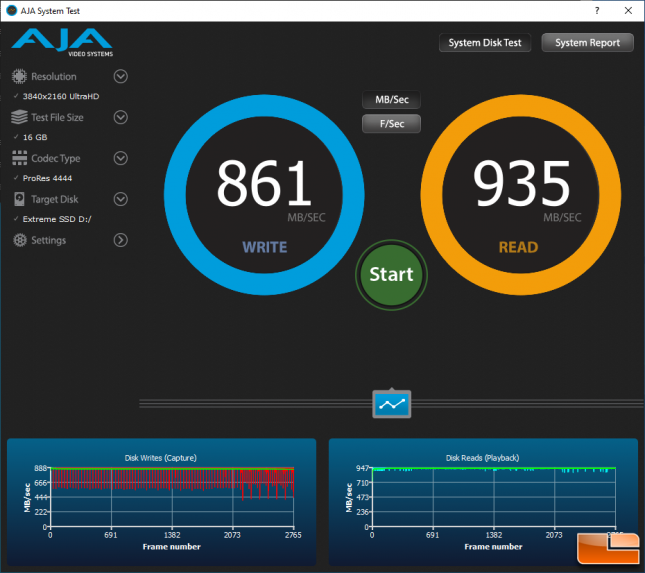 Benchmark Results: The AJA System Test results had the SanDisk Extreme V2 1TB external drive was capable of averaging 935 MB/s read and 861 MB/s write. The capture and playback was fairly smooth as performance didn’t dip down that far for this 16GB test. 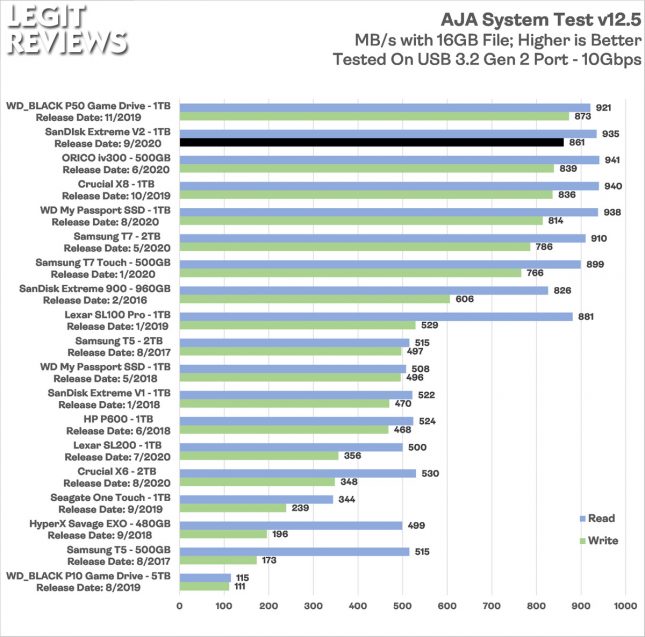 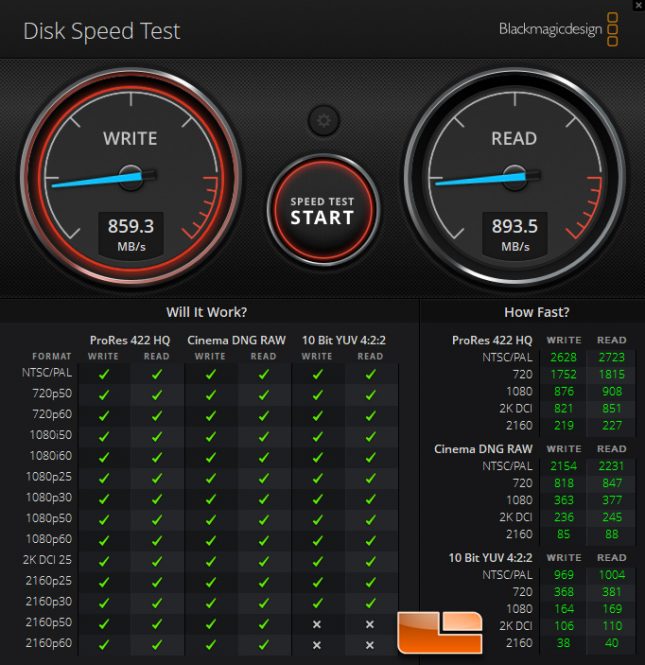 Benchmark Results: The SanDisk Extreme V2 1TB drive topped out at around 894 MB/s read and 859 MB/s write on the Disk Speed Test by Blackmagic. The results show this drive will handle all 1080P and 2K content just fine, but showed that it will struggle with some 4K 10-bit YUV 4:2:2 video work.