Western Digital updated their line of SanDisk Extreme portable SSDs today with the debut of the SanDisk Extreme Portable SSD V2 and the SanDisk Extreme PRO V2. Both drives over nearly 2x the speed of the previous generation! More content creators are working with 4K and 8K footage, so having the speed of the drives double will help people get things done quicker. It doesn’t matter if you are a professional photographer/videographer doing paid work or are an enthusiast/gamer at home, being able to quickly move your data around is a must. 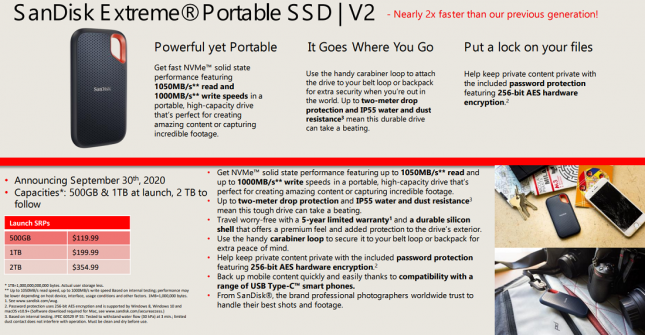 The drive that we are going to focus on today is the SanDisk Extreme Portable SSD V2. This is the mainstream drive for SanDisk and is capable of reaching 1050 MB/s read and 1000 MB/s write speeds for sequential file transfers over a USB 3.2 Gen 2 port that is capable of reaching 10 Gbps. The performance of the drive is dependent on the host device, interface, cable, data being transferred and other factors. 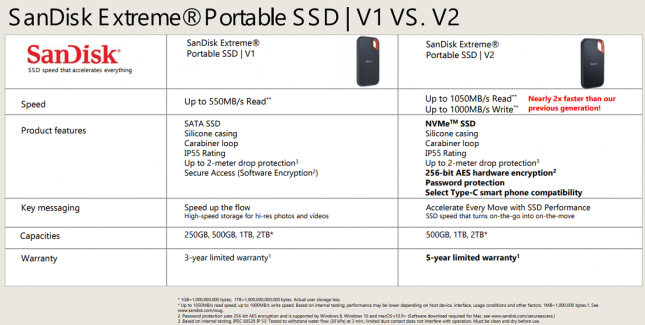 These price points might seem a bit high, but keep in mind that these are the Suggested Retail Prices and not actual street pricing. Sandisk did away with the 250GB model and do not want to discuss the possibilities of a 4TB model. We have been wanting to see 4TB portable SSDs come to market, but understand that the consumer demand for a 4TB portable NVMe-based SSD would be fairly small as they would likely be priced well over $500. 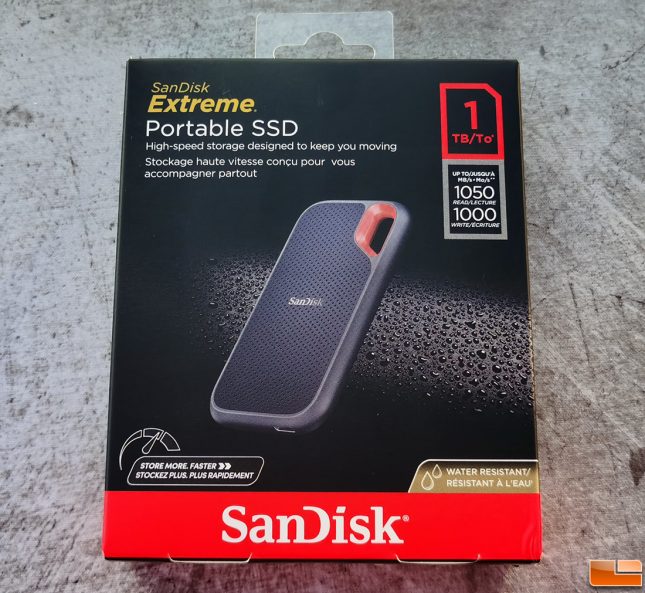 SanDisk sent over the Extreme Portable SSD 1TB model to review that is sold under part number SDSSDE61-1T00-G25. 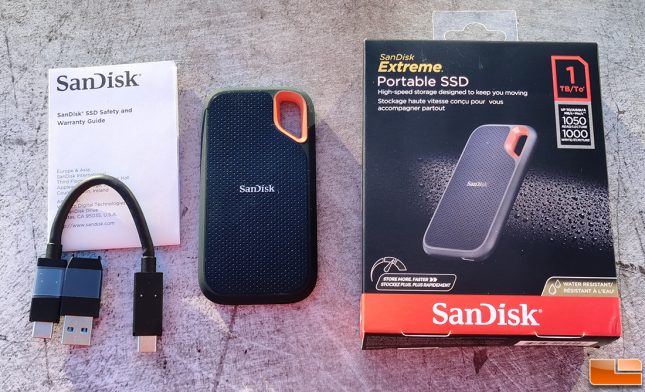 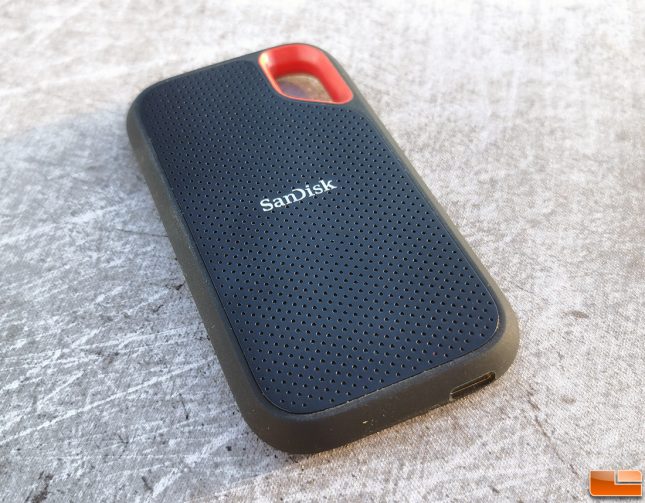 The enclosure is entirely plastic, but it is very durable and is IP55-rated for dust and water resistance. This means it has passed testing to withstand water flow (30 kPa) at 3 minutes and limited dust contact does not interfere with operation. Under the cover you’ll find a board with the ASMedia ASM2362 bridge chip and a WD Blue SN550 M.2 NVMe SSD. 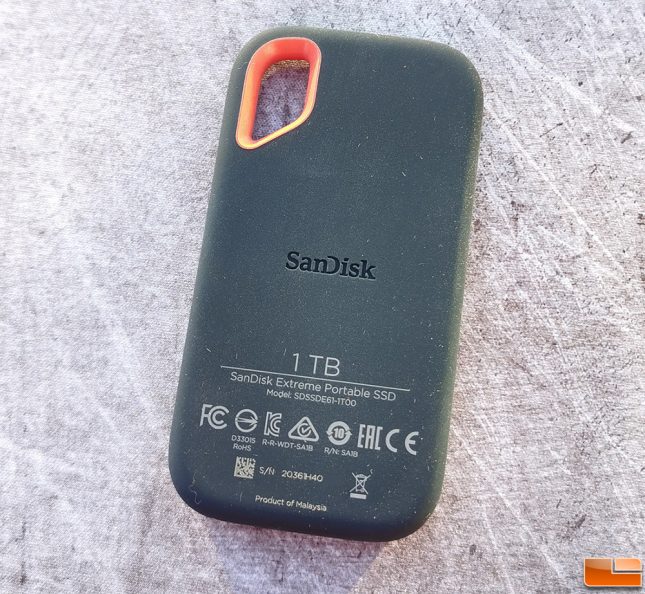 The silicone shell delivers a premium feel and adds a level protection for the drive, but it does pick up lint and dust as you can see from the image above. The carabiner loop design remains the same as last generation and that is fine as we had no complaints. This is one of the easiest drives to secure to a backup, lanyard or belt loop. 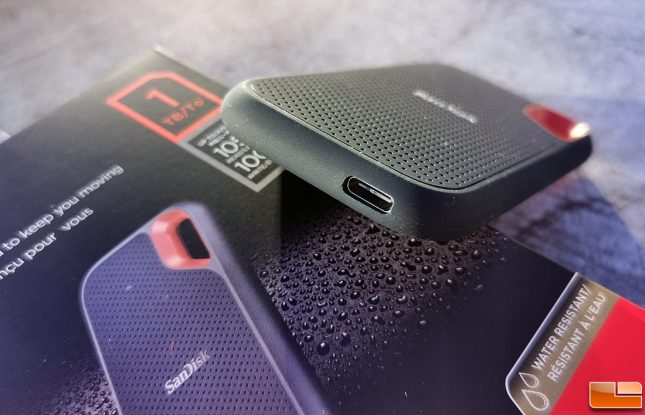 The USB 3.2 Gen 2 Type C connector is located on the end of the drive and this model has no LED activity/power light.