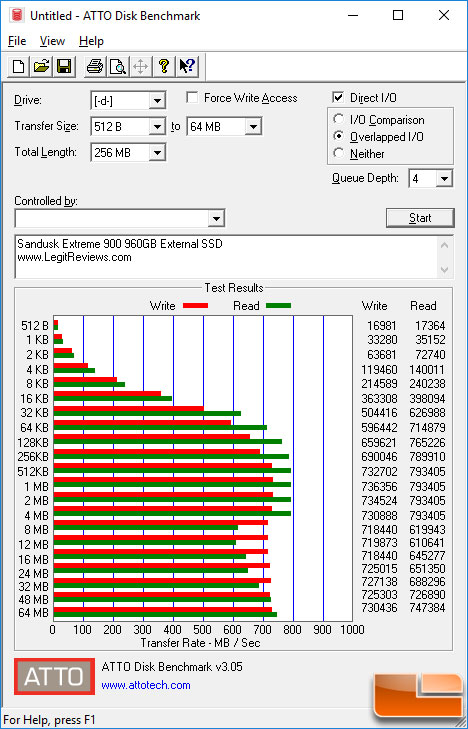 ATTO Disk Benchmark showed that we were getting up to 793 MB/s read and 736 MB/s write speeds! These are the highest speeds that we have ever gotten through a USB 3.1 port! 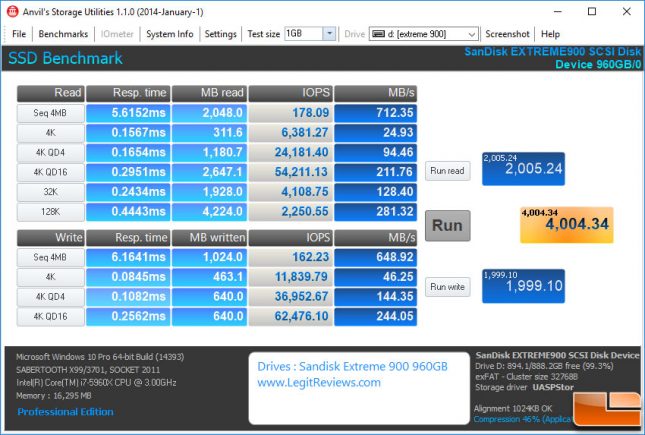 With the applications preset in Anvil’s Storage Utilities we found sequential speeds of up to 712 MB/s Read and 649 MB/s Write! These are some of the fastest speeds that we have ever gotten through a USB port! 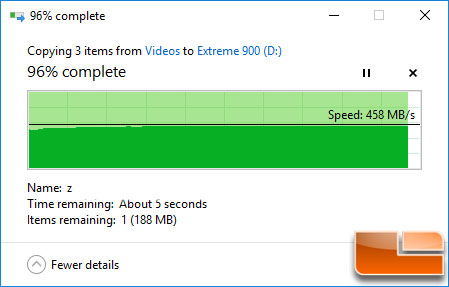 We wanted to do some real world file transfers, so we copied over few MKV Full-HD movie that added up to almost 6GB. During the transfer we found that we were getting around 455-460 MB/s on average when the data was being written to the SanDisk Extreme 900 960GB drive. It took just 13.86 seconds to move almost 6GB of data over to the Extreme 900, which is amazing. The WD My Passport SSD 1TB managed to complete this task in 20.43 seconds and the Samsung SSD T3 2TB drive that is our lab file transferring work horse took 34.38 seconds!

Temperatures on the SanDisk Extreme 900 960GB drive were found to be around 35C at idle and spiked up to 43C when we moved around about 20GB of data. Not bad temperatures and the enclosure gets warm during heavy period of use, but is never what we would consider hot.