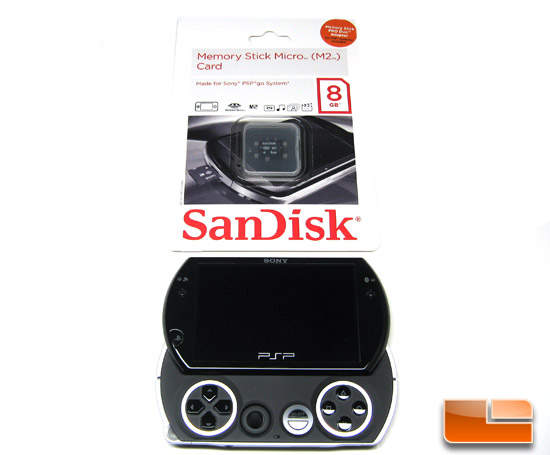 For those Sony PSP Go owners who are looking to expand the memory of their console, the $40 SanDisk 8GB Gaming M2 memory is a great alternative to Sony’s branded memory. We have been using the SanDisk M2 non-stop for the past few weeks with no hiccups or glitches.  The Sony PSP Go worked with the both the PSP Go and older PSP-3000 without a hitch and we were able to load and play games, music and movies onto the memory card using both platforms. 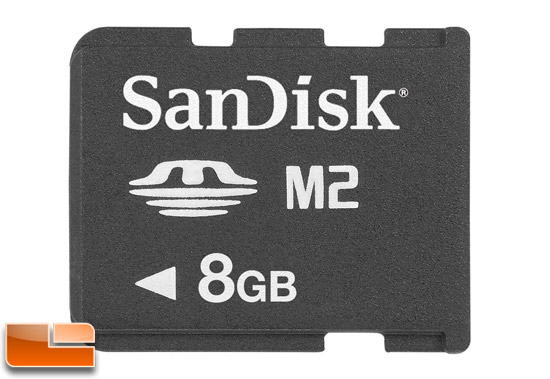 Some people might look at our benchmarks and not be impressed with the transfer speeds of the SanDisk.  Don’t make that mistake.  Our testing showed the card to perform within a few percentages of the theoretical maximum transfer speed of 10 MB/s.  To be honest, we really didn’t find that much real-world difference in data transfer between the SanDisk M2 and the other Sony PSP memory types – the Sony MemoryStick (Mk II) or the PSP Go internal memory.  The M2 was very stable and ran PSP games and movies with no lag whatsoever. Load times were very fast and it was only a short time for you to forget you had installed extra memory.

After a protective case and some of your favorite games, we believe that the next purchase for your PSP should be expanding the internal memory.  While 8GB of extra space for the PSP is nice, we recommend that you purchase the slightly more expensive $60 16GB SanDisk M2 stick to double the total memory of the PSP Go. 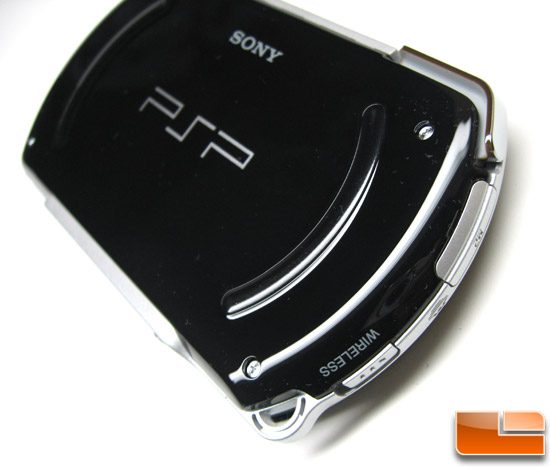 Whatever size M2 stick you get, know that you have peace of mind with SanDisk’s 10-year limited warranty.  SanDisk has a done a great job in introducing a line of memory to compete with Sony for your console, mobile phone or other small electronic device that will not break the bank!