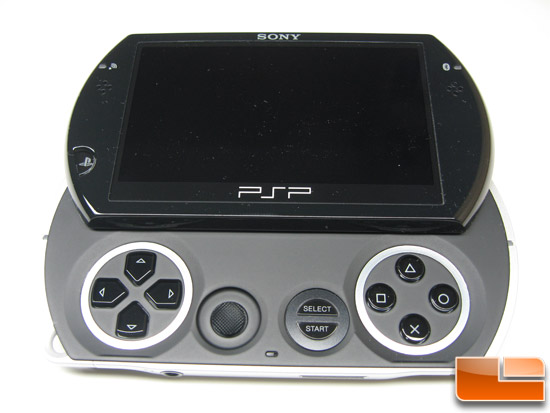 As you know by now, the newest PlayStation Portable device, the PSP Go, is a sleek and sexy redesign of the original PSP-3000. Unlike the older PSP-3000, the PSP Go does not come equipped with the Universal Media Disk – or UMD – optical disk drive. The PSP Go does come equipped with 16GB of internal memory for your games and other multimedia. The space on my PSP was quickly filled with downloaded games, demos, music and movies. For me, the need to expand the memory of the PSP was an absolute must.

To see just how good the SanDisk 8GB M2 stick was we used the Sony PSP Go as a test platform for a variety of benchmarks. We wanted to show a few different tests to get a feel for the performance of the M2.  Our setup was simple; we connected our Sony PSP Go to our desktop PC via USB to run a suite of memory benchmarks. We ran each benchmark test 3 times and have essentially presented the average scores below. 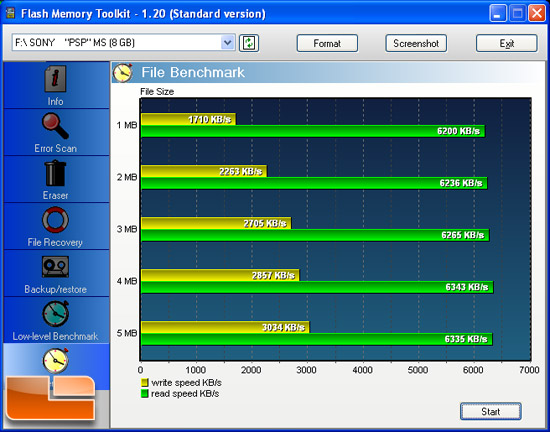 Our first test was with the Flash Memory Toolkit v1.20 benchmark that tests 1-5MB file sizes. It showed that the SanDisk M2 had write speeds of 3.0 MB/s and 6.3 MB/s read speeds which didn’t exactly blow us away on first glance.

When we looked at the speed of the PSP Go 16 GB internal memory, we found that we were able to get much faster write speeds (7.2 MB/s) most likely because of Sony’s internal controller, but the read speeds were less than 20% improvement (7.5 MB/s). 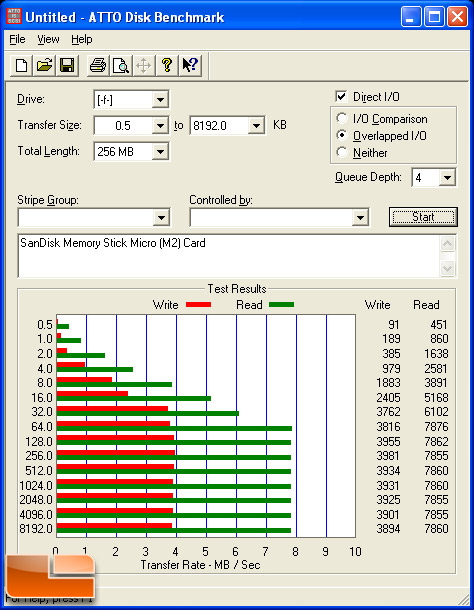 Our ATTO Disk Benchmark scores showed write speeds at 3.9 MB/s and read speeds at 7.8 MB/s. From the data, we seem to have hit a threshold in the maximum read at just under 8 MB/s.  When we performed this benchmark with the PSP internal memory, we obtained only slightly read rates so it looks like the M2 card is holding its own. 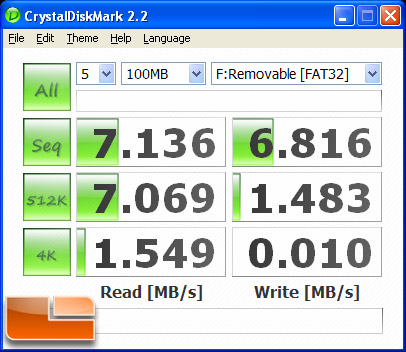 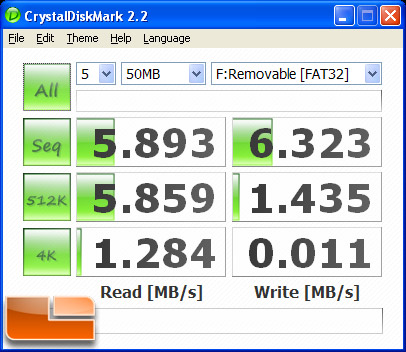 While these tests don’t necessarily reflect true, real-world speeds, it’s good to see how the SanDisk did when compared directly to the Sony internal memory. We have to remember the purpose of this added memory is to facilitate data transfer between the PC and PSP Go console. Once the data is on the card the console has enough internal RAM to cache whatever data it might need for playback or display.