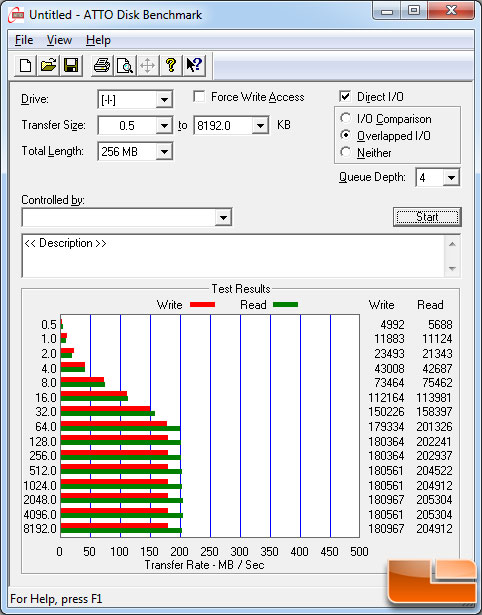 Benchmark Results: The SanDisk 64GB Cruzer Extreme USB 3.0 flash drive does better than the rated 190MB/s read and 170MB/s specifications. We were able to hit 205MB/s read and 181MB/ write speeds on this drive in ATTO with the default benchmark settings! 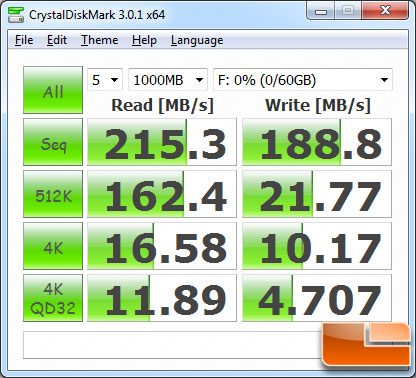 HD Tune Pro 5.00 is a hard disk utility with many functions. It can be used to measure the drive’s performance, scan for errors, check the health status (S.M.A.R.T.), securely erase all data and much more. It’s a popular benchmark and perfect for testing thumb drives. 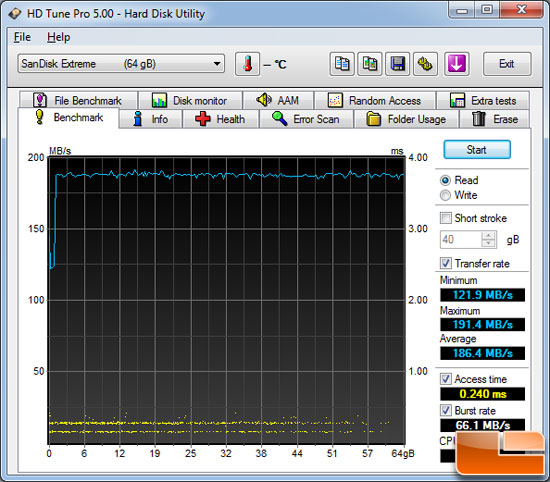 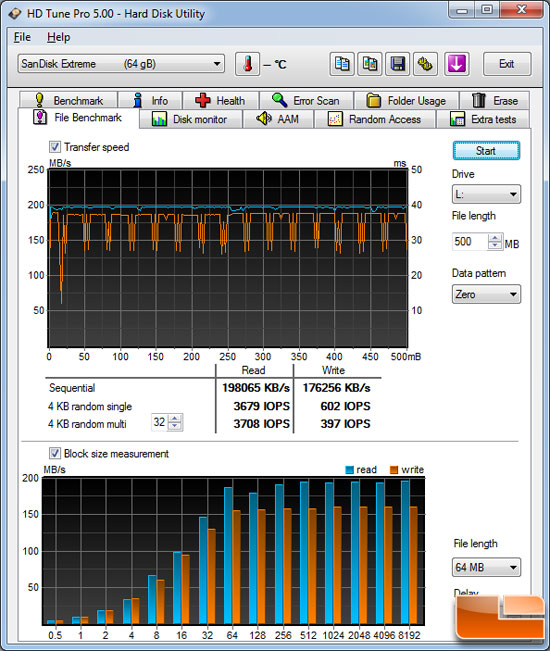 Benchmark Results: The final benchmark we will be doing today is the HD Tune file benchmark. This benchmark showed 198MB/s read and 176MB/s write transfer speeds! The block size measurement benchmark showed good performance again with read speeds just under 200MB/s and write speeds that look to be around 160MB/s.