The Samsung Portable SSD X5 is the fastest Thunderbolt 3 drive that we have had the pleasure of reviewing to date and its performance is most impressive. The X5 1TB drive that we reviewed today is rated at up to 2800 MB/s read and 2300 MB/s write and we were able to hit those numbers on CrystalDiskMark. That wasn’t the most impressive benchmark that we ran though as that was actually our real-world file transfer test where we copied several movies from a secondary PCIe NVMe storage drive to the X5 1TB. We reached speeds of 2.1 to 2.3 GB/s during the file transfer and that means we were moving a ~2GB MKV movie in under a second. The same task on a portable hard drive takes over 20 seconds a movie, so portable drives have come a very long way in recent years and if you work with large data files, the X5 will save you time. If time is money, then it will also save you some of that as well! 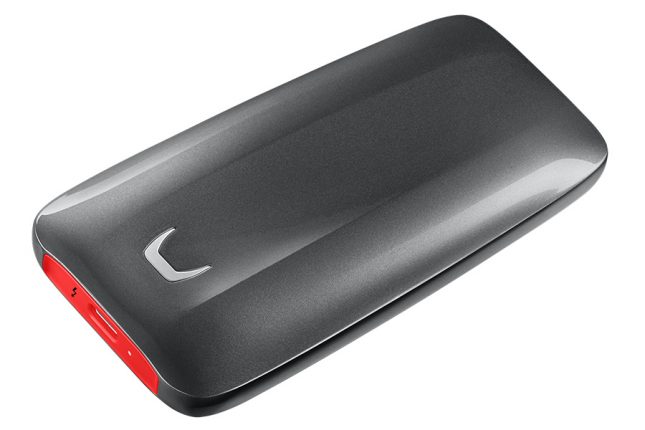 When it comes to pricing the Samsung Portable SSD X5 1TB model that we looked at today has an MSRP of $699.99, which comes out being $0.70 per GB. That price is higher than most portable drives on the market, but keep in mine that this is a Thunderbolt 3 device with killer performance that loves large sequential transfers. The Samsung X5 series will be available for purchase on September 3rd, 2018.

Regardless, if you need something fast for file transfers and have Thunderbolt 3 with PCIe NVMe storage drives on all the systems you work on, the Samsung Portable SSD X5 is amazing. Transferring files will bring a smile to your face, but reduce your coffee breaks as there is no need to get up to do something else when moving around files. The X5 is a game changer and we see content creators that worth with 4K, 5K and 8K video adopting these very quickly.

Legit Bottom Line: The Samsung Portable SSD X5 is pricey, but on a Thunderbolt 3 enabled system it will deliver amazing performance and we dig the attractive enclosure that was inspired by race cars.