Samsung released the 850 PRO way back in July 2014 (our review) and the series was quickly found to be an ideal drive for PC gamers, enthusiasts and storage snobs needing a SATA SSD. We’ve pretty much saturated the SATA III interface and as a result of that there hasn’t been anything too terribly exciting in the SATA SSD market in recent years. Enthusiasts looking for bleeding edge storage technology have moved on to PCIe NVMe storage drives, but those drives cost more and have capacity limitations. After a long 4-years the folks over at Samsung figured now is the time to freshen up what they have to offer the SATA SSD market by launching the 860 PRO and 860 EVO series.

We got our hands on a 2TB Samsung SSD 860 PRO for testing, so we’ll be focusing on the 860 PRO series today. The new Samsung SSD 860 PRO series is made up of only 2.5″ SATA III drives in capacities of 256GB, 512GB, 1TB, 2TB and a whopping 4TB. Samsung is focusing on larger drive sizes due to the surge in consumers with high-resolution photos and 4K and even 8K videos. Under the hood the new 860 PRO series uses the latest 512Gb and 256Gb 64-layer V-NAND, up to 4GB LPDDR4 mobile DRAM and a new MJX controller. That combination of parts is good for up to 560 MB/s sequential read and 530 MB/s sequential write speeds. Samsung also claims that the 860 PRO provides up to 25% better sustained performance compared to that of its predecessor (850 PRO). 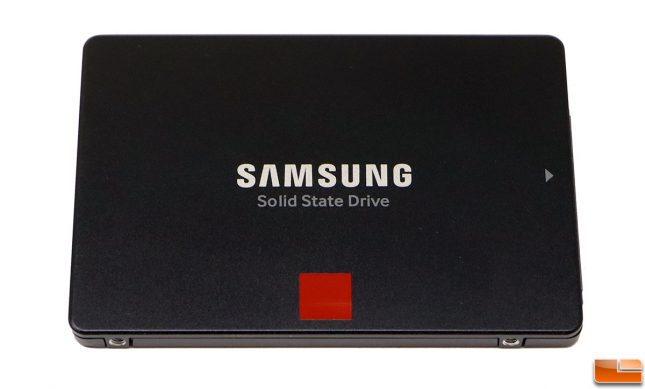 The model that we’ll be taking a look at today is of course the Samsung SSD 860 PRO 2TB 2.5-inch model that is sold under part number MZ7KH2T0HAJR for $949. This model has an endurance rating of 2,400 TBW and features 2GB of DRAM for cache. 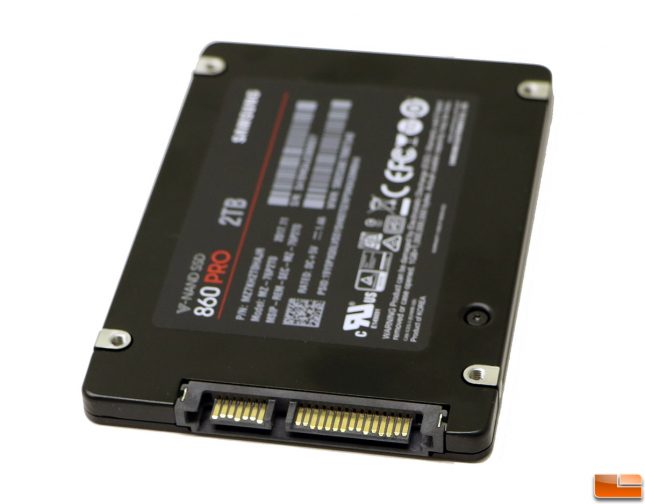 We won’t be opening up this 7mm thick drive for photos as it might hurt the thermal performance as we plan on testing this drive on a new test suite down the road. Samsung was able to tell us that there are eight flash packages, 2GB of LPDDR4 memory for cache and the Samsung MJX controller.