Are you looking for information on the upcoming NVIDIA Maxwell GM204 (high-end segment) and GM206 (performance segment) GPU cores? Well, it looks like Sweclockers.com has reportedly received information from industry sources that claim they know the release date of the NVIDIA GeForce GTX 800 series cards for desktop PCs. Sweclockers says that the launch will be taking place in Q4, so that puts it between October through December. The site goes on to say that the GeForce GTX 880 and GeForce GTX 870 will both be based on the GM204, which is said to be the successor of the GK104. Is there still a GM210 coming for the ultra high-end sku for the next-generation GeForce GTX Titan possibly. We really aren’t sure though as the GM210 rumor mill is pretty quiet.

According to a Czech site that got information from “various sources,” the GeForce GTX 880 will boast 3200 CUDA cores (stream processors, a 950MHz Boost clock, and 5.7 TFLOPs when it comes to GPU compute. The site also claims the card will feature a 256-bit path to 4GB of GDDR5 memory running at 7400MHz. That site also mentioned that the GM210 and GM204 GPUs will be the first NVIDIA GPUs to feature an integrated ARM 64-bit processor core. Some speculate that the ARM core is supposed to handle the graphics driver overhead and be NVIDIA’s solution to head off AMD’s Mantle API. Thousands of gamers are interested in what NVIDIA is cooking up for their next-generation graphics cards, so this is good news. Word on the street is that the second generation Maxwell GPUs are already taped out and being built on the 28nm process node by TSMC instead of the 20nm process that was initially rumored.

If new NVIDIA GeForce GTX graphics cards aren’t enough to get you excited this fall, Intel announced last month that they would be releasing the 4th Generation Core ‘Browadwell’ series of processors before the 2014 holiday season. It looks like desktop PC gamers and enthusiasts are going to be in for one heck of a good winter! 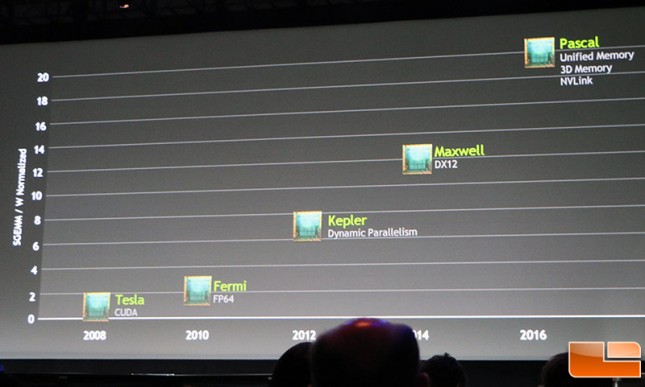