During Intel’s most recent quarterly conference call Intel’s CEO, Brian Krzanich, said that he expected his customers would launch 14nm Broadwell-based products in the second half of 2014. It appears that Brian Krzanich sat down with Reuters during the Maker Faire in San Mateo, California and discussed how the 5th Gen Core ‘Broadwell’ processor series is doing. Reuters is reporting that Intel Broadwell processors will ship in time to be used in personal computers sold during the holiday season.

If you were looking to build a new PC during the back-to-school shopping season it looks like you might be out of luck if you were waiting on Broadwell based platforms to come out.

“I can guarantee for holiday, and not at the last second of holiday,” Krzanich reassured in a Reuters interview. “Back to school – that’s a tight one. Back to school you have to really have it on-shelf in July, August. That’s going to be tough.” 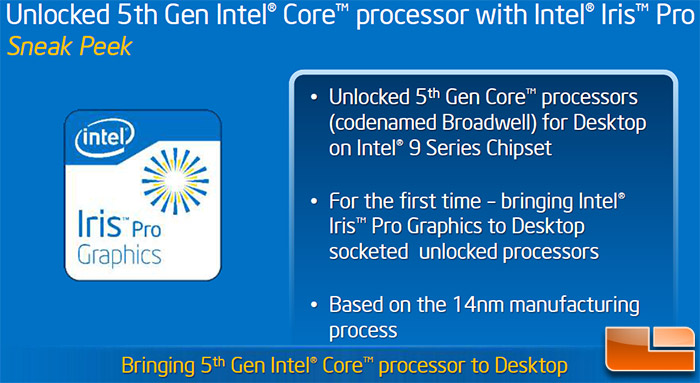