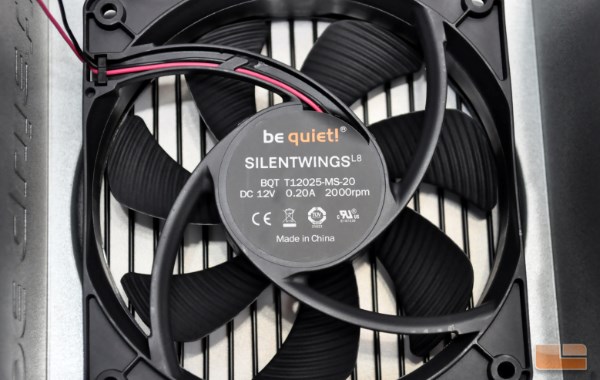 Once again, despite it being a value-oriented product, Be Quiet! installed one of their Silent Wings fans inside the Pure Power L8. This fan features ribbed blades and a rifle bearing, which is not the same as the Silent Wings fans which are being used in their more advanced power supplies, as they feature FDB bearings. Be Quiet! claims that this fan will only generate 30.8dB(A) at maximum load. 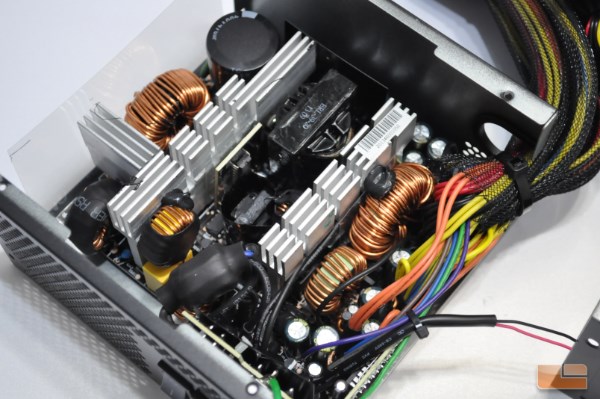 HEC (also known as Compucase) is the OEM responsible for the creation of the Pure Power L8 700W power supply. HEC used to be a renowned manufacturer of low-cost units but has presented several very good mainstream layouts lately, trying to work their way up on the market. Although the design of the Pure Power L8 is not based on a cutting-edge technology layout, the assembly quality and soldering job is well above average, increasing the end quality of the product. 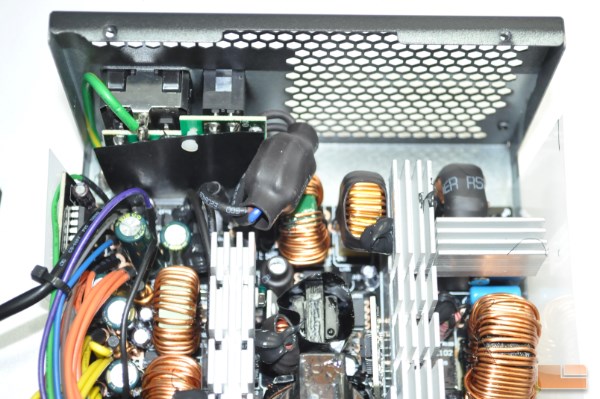 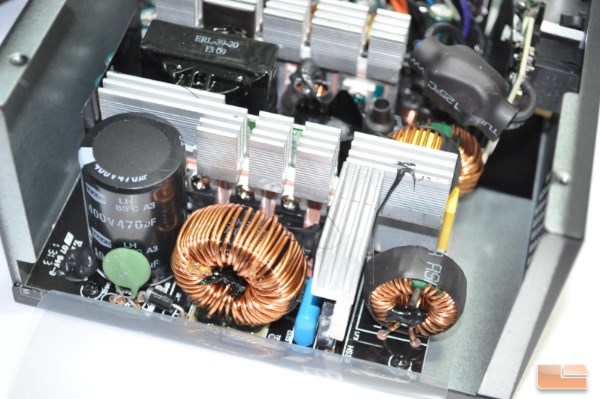 The single input rectifier has been placed on a dedicated heatsink, near the edge of the PCB. After the bridge, naturally, the APFC circuit starts, with a Teapo 470 uF / 400 V capacitor and a medium-sized choke being the passive components. The active components, two transistors and a diode, are bolted onto the main heatsink, along with the two inversion transistors, which form a half-bridge configuration. 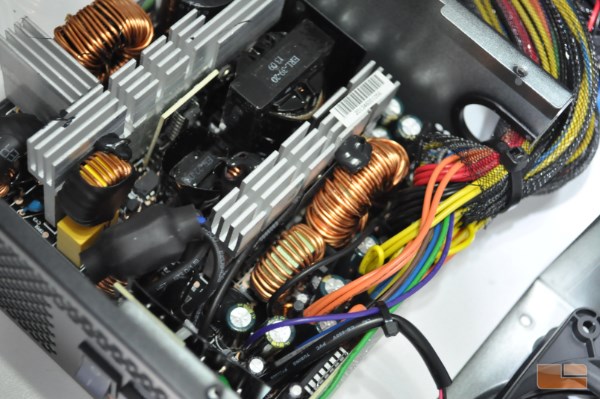 The secondary side of the power supply is rather simple as well. Six conversion transistors, two for each voltage line, generate the 12V, 5V and 3.3V lines of the power supply. The 5VSB line is generated by a secondary, dedicated small transformer. Group regulation is being used to balance the voltage lines, which is a method known to create problems if the voltage lines are greatly unbalanced, thus it would give the Pure Power L8 real trouble getting through a Haswell approval test. The capacitors at the secondary side of this power supply are supplied by SuScon and Teapo.