The Bundle and External Impressions 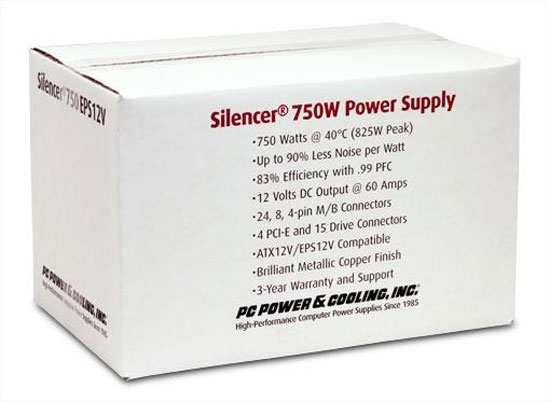 Nothing fancy about the box!  It is nice to see all the important details listed on the side.  (This is the box for the Quad version, from PCP&C web site) 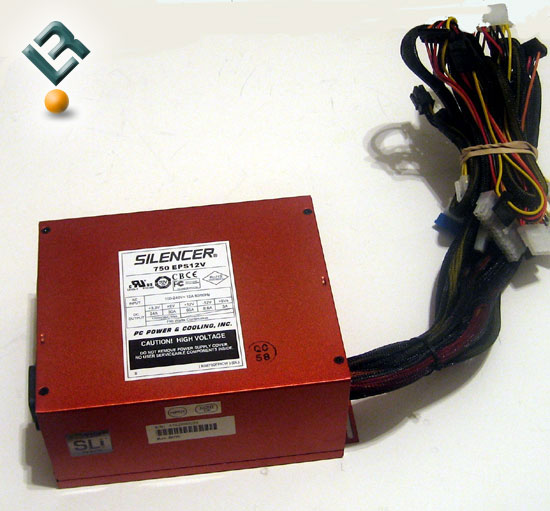 The choice of color is very interesting.  I can say that I have not seen another power supply in this color.  It is a nice matt finish, which makes it easier to take pictures.  As you can see, this is not a modular unit.  All the connectors are wired directly to the unit itself.  PC Power & Cooling believes that this is the best way to build a power supply, as you lose power in a modular design. (See their Myth page here for an explanation) 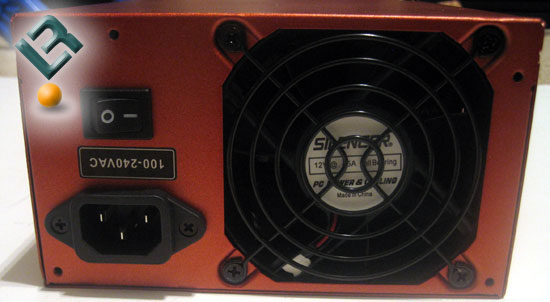 The back side of the unit is plain and simple.  You have your power switch, as well as your power plug connection and your exhaust fan.  The fan will run anywhere from 22-55 CFM and 26-40 dB(A), depending on your usage and the temperature of the unit. 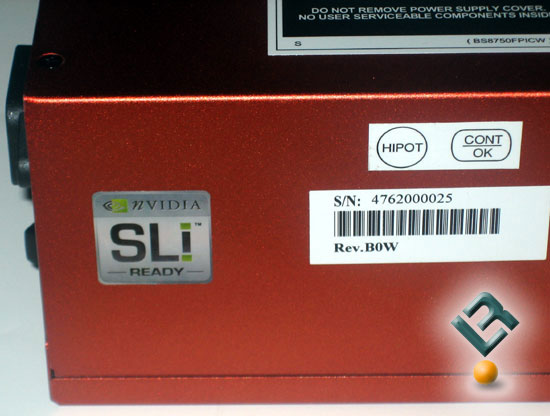 The side view of the unit proudly sports the nVidia SLi Ready sticker. 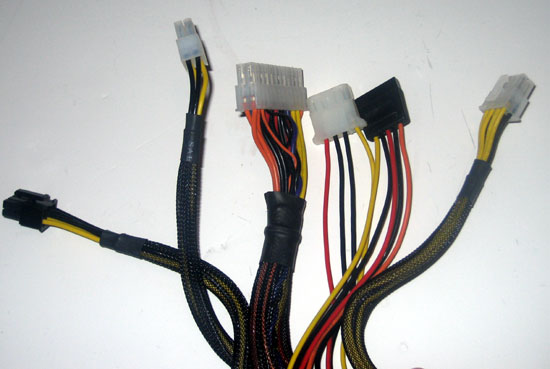 There are quite an assortment of cables for use on your system.  You have your usual 24, 4 and 8- pin power connectors, as well as two pci-e power connectors.  You also have 15 drive connections (6 SATA, 8 Molex and 1 mini).  This should be plenty for almost every user.

The unit comes with the all-important power cord as well as some documentation, including instructions and a test report on the unit. 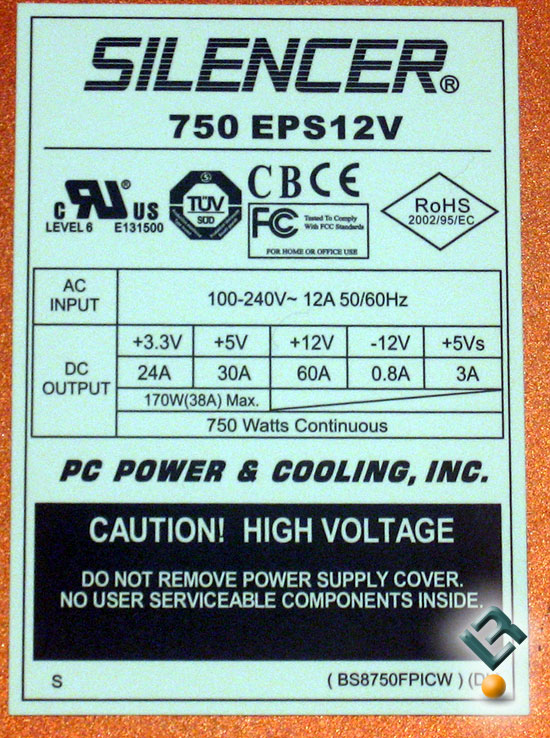 As you look at the label closely, you can see that this unit “only” has one +12v line on it.  The trend in the last couple of years has been to move to more +12v rails to power your system.  If that is the best way to do it, why does PC Power & Cooling only use one +12v rail on their units?  Well, they answer that on their website, with an interesting page called “Power Supply Myths Exposed.”  It kind of reminded me of the TV show “MythBusters.”  Anyways, they say that more +12v rails does not provide any better performance, and may actually hinder it.  Here is the quote straight from their site:

Here are the facts: A large, single 12-volt rail (without a 240VA limit) can transfer 100% of the 12-volt output from the PSU to the computer, while a multi-rail 12-volt design has distribution losses of up to 30% of the power supply’s rating. Those losses occur because power literally gets “trapped” on under-utilized rails. For example, if the 12-volt rail that powers the CPU is rated for 17 amps and the CPU only uses 7A, the remaining 10A is unusable, since it is isolated from the rest of the system.

Since the maximum current from any one 12-volt rail of a multiple-rail PSU is limited to 20 amps (240VA / 12 volts = 20 amps), PCs with high-performance components that draw over 20 amps from the same rail are subject to over-current shutdowns. With power requirements for multiple processors and graphics cards continuing to grow, the multiple-rail design, with its 240VA limit per rail, is basically obsolete.

PC Power and Cooling is once again leading the industry. All of our power supplies now feature a large, single 12-volt rail. The design is favored by major processor and graphics companies, complies with EPS12V specs (the 240VA limit is not a requirement) and is approved by all major safety agencies such as UL and TUV.

Interesting reading, that is for sure!  The rest of the Myth page is a good read as well, and is worth your time to at least skim over it.  Let’s take a look under the hood!