PC performance has been steadily increasing in terms of CPU, RAM, video cards and motherboard chipsets. The system bottleneck that has developed as a result is the ability to read and write the data in proportion to the speed of the rest of the components. We have seen hard drives go from 5400 to 15,000 RPM in an effort to alleviate this bottleneck but it has come at the expense of increased noise, energy utilization and heat while limiting capacities. Enter the age of Solid State Drives (SSD). 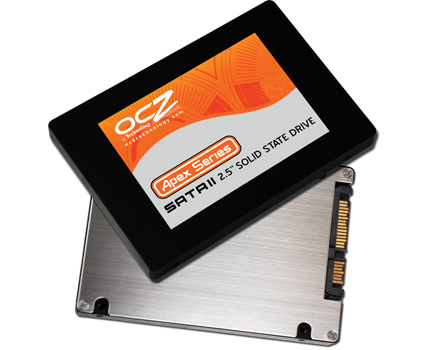 For those who haven’t kept up on the latest technology, let me start out with a little bit of an overview of the technology. In short, SSD’s are devices that use solid state flash memory chips to store persistent data in large capacities. If you’ve used USB flash drives, most low to mid-capacity iPods or other multimedia portable devices, odds are that you have used this technology already. SSD’s have actually been around since the late 70’s, but limited capacities and the high cost of manufacture kept them mostly out of the consumer product market for many years.

In the last few years, SSD’s have started reaching non-enterprise consumers as prices have dropped while performance and capacities have increased. This is partly due to the proliferation of flash based devices making large scale manufacturing more affordable as well as ongoing technology advances. Those familiar with product “binning” know that due to variability in the manufacturing process, identically produced products turn out variable levels of performance. Better performing components tend to be binned and sold as higher performing components with a price premium and generally allow for greater flexibility for enthusiast tweaking (overclocking). SSD’s are generally built with high-binned chips while the lower performing chips make their way to USB flash drives and other devices. 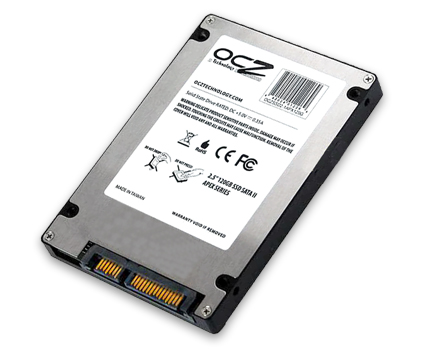 There are two types of SSD’s, those that use Multi-Level Cell (MLC) flash memory and those that use Single-Level Cell flash memory; the former is slower and more affordable, making them cheaper and more consumer oriented while the latter is faster and more expensive, generally being utilized at the enterprise level. Both are more durable than conventional hard drives as there are no moving parts to cause problems. Now that we’ve gotten that out of the way, let’s move on to more exciting things.

Most SSD’s released in 2008 had great read performance but their write performance sometimes lacked depending on the circumstances in relation to traditional spinning platter hard drives, specifically when it came to random writes. Most used a JMicron controller and had little if any onboard cache which resulted in what most users term “stuttering” during use. Generally, if some tweaks are employed, this can be mitigated or eliminated entirely depending on the user’s ability and willingness to do so. Much of this can be traced to Windows as anything prior to Windows 7 was designed for optimization using traditional hard drives and are not particularly well suited for SSD use as configured by default. This is especially true with the way XP aligns the partitions by default. This is no knock on Microsoft as SSD’s simply were not widely used when XP and Vista were coded and tested. Additionally, many drives lacked large enough caches to adequately support the performance desired. Let’s move on.