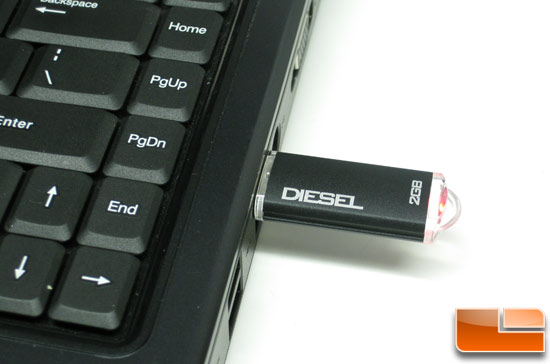 We tested the OCZ Technology 2GB Diesel Flash drive on an ASUS S62J ‘white box’ notebook with a Core Duo T2500 @ 2.0GHz.  The Removable Storage test found in SiSoftware Sandra Lite XII was used to get read and write performance numbers of this USB flash drive and several others that we have tested over time on the same notebook. It should be noted that the OCZ Diesel has a bright red LED activity light, so if you don’t like red flashing lights and use Flash drives in the dark this might be an area of concern to those with photosensitive epilepsy. 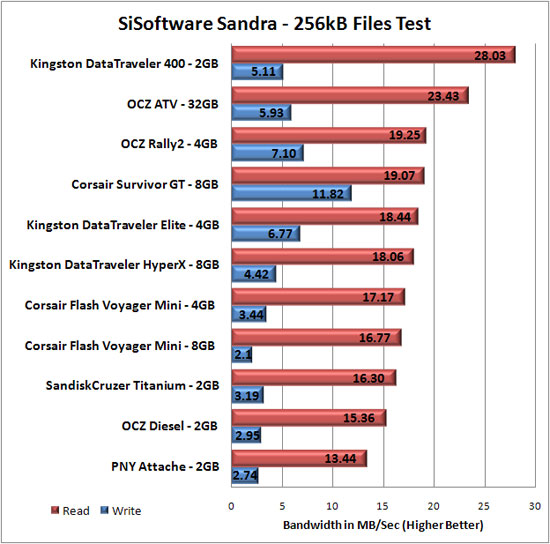 The OCZ Diesel had the second lowest read speed and third lowest write speed when running a 256kB files test. Let’s see what happens to performance levels when a 64MB files test is run. 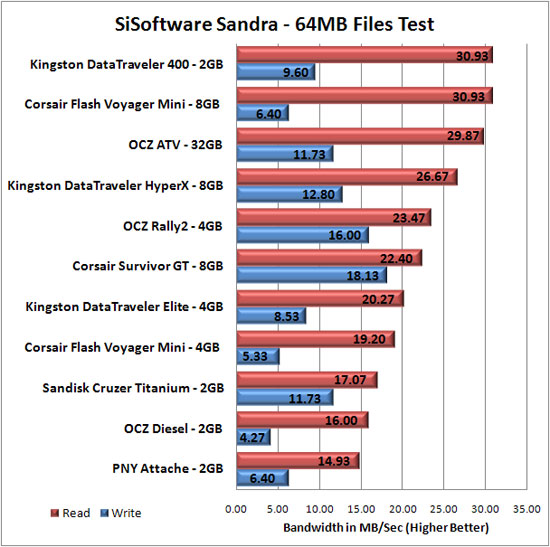 On the 64MB file test the OCZ Diesel does a little better and was at 4.3MB/sec write speeds and 16.0MB/sec when it came to read performance. The write speed was observed as being the lowest of the eleven USB 2.0 Flash drives we have tested on this laptop. The read performance was a little better at 16MB/sec, but not nearly enough to compete with many of the other drives in the chart. 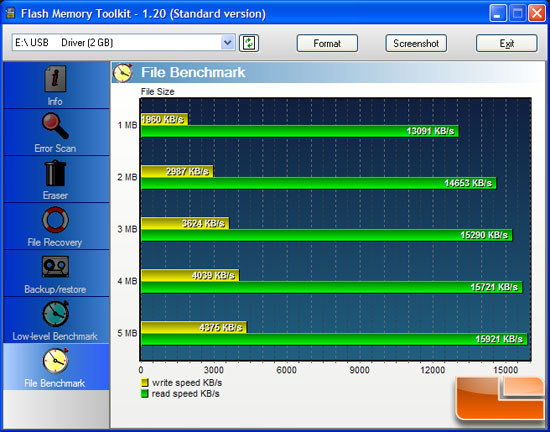 To confirm the Removable Storage Benchmark that was used in SiSoftware Sandra we ran the Flash Memory Toolkit v1.20 file benchmark. This benchmark tests 1-5MB file sizes and found that in the 5MB file size test, the OCZ Diesel had a write speed of 4.4MB/s and a read speed of 15.9MB/s.