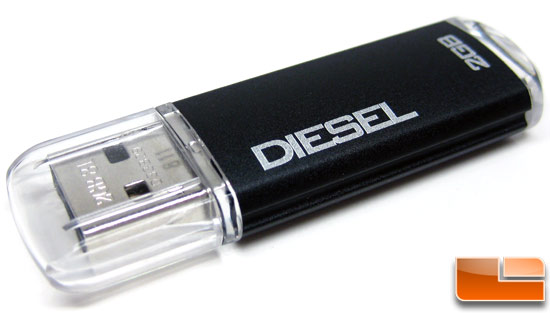 OCZ offers four different speed grades in their Flash drive portfolio and the OCZ Diesel is in the mainstream performance category.

The OCZ Diesel Flash Drive is considered a ultra-portable mainstream performance Flash drive. Since the Diesel is at the bottom of the speed grade ladder we aren’t expecting a fast drive when it comes to performance, but for mainstream users this shouldn’t matter as you get what you pay for.

The dimensions on the OCZ Diesel are 55mm x 19mm x 6mm with a weight of just 16g, which make it a fairly small USB 2.0 Flash drive. The flat back housing is made from aluminium and the drive feels like it should be able to handle daily use without any issues.

The OCZ Diesel USB 2.0 Flash drive comes with a transparent cap to keep dirt and foreign matter out of the USB 2.0 connector. The only negative about this design is that there is no place to put the cap when it is in use as the cap doesn’t fit on the back of the Flash drive. That means that while using the Diesel that you will have to sit the cap someplace, so if you often lose things around the house this will drive you nuts. 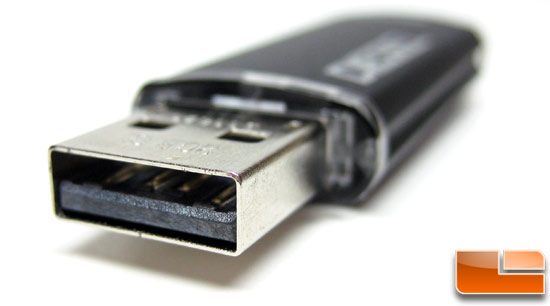 Let’s take a look at a couple performance benchmarks to see how the OCZ 2GB Diesel USB 2.0 Diesel Flash drive does in read and write tests.