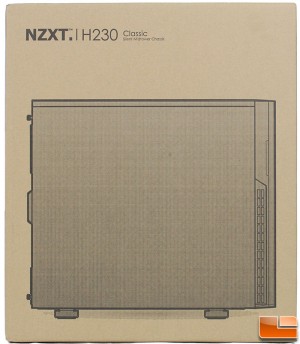 NZXT says that the H230 has “Classic styling, minimalistic design”; the packaging follows the same design.  Packed in a plain cardboard box, the front provides a side view of the H230. 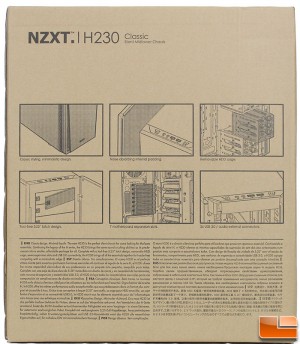 The back of the box goes into detail, providing pictures of six of the major features. 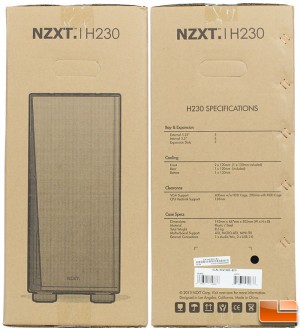 One side of the box for the H230 provides a front view of the case.  The other side lists all the specifications, making it easy to know exactly what the H230 is capable of. 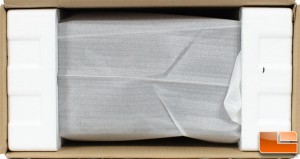 As with almost every case, the H230 has two large Styrofoam blocks on the ends to keep it from getting damaged.  Plus to provide a little protection to the finish, the case is inside a soft foam bag; a little extra protection with some scratch resistance. 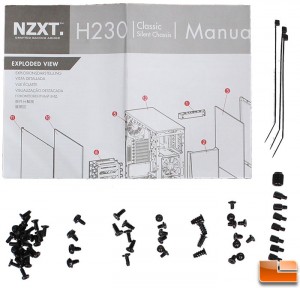 As if we would expect anything less from NZXT, they have included a very organized accessory pack.  Each set of screws was in their own plastic bag, and labeled exactly which screw was in each bag.  For most of us that would not be necessary, but stop to think back to your first build.  You probably had to sort through a jumble of screws to find the exact ones that was needed.  In addition to the screws, three cable ties were included; a few extra would be nice, and shouldn’t raise the price of the case.  Finally, a highly detailed user manual is included.  One type of screw appears to be missing, which I’ll cover later.