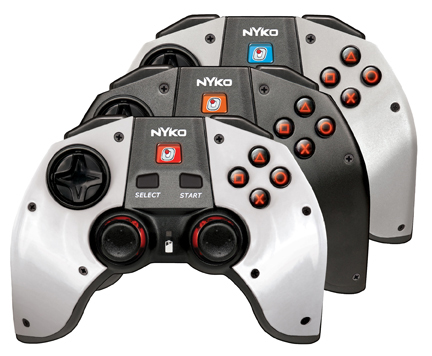 The Zero wireless controller for PlayStation 3 looks vaguely familiar when comparing it to the Sony original SIXAXIS controller. The Nyko Zero has a slightly different ergonomic design and is built quite a bit larger than the original Sony. While larger, the Zero still has fill six-direction tilt functionality and new vibration support. The D pad on the Nyko is significantly different as well, unlike its Sony counterpart, it is raised instead of imbedded in the controller. This design makes for quicker and more accurate diagonal control during gameplay. The last thing we want to point out is that the analog face buttons are back-lit to allow easy navigation in low light situations. The bottom line here is that the changes and upgrades Nyko made to the stock PS3 controller are very functional and cool to look at. 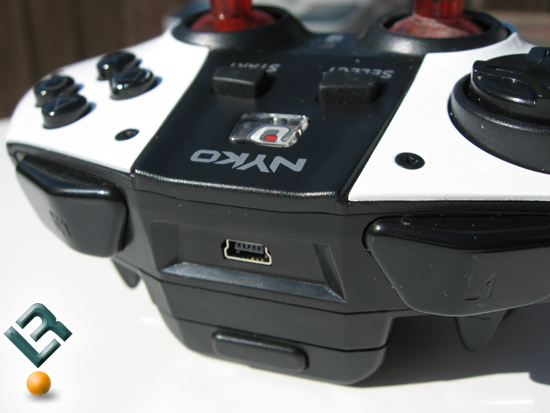 For us, this larger design works quite well and we loved the extra grip and solid feeling the Zero was in our hands as we played. The ergonomic design of the Zero fit in your hand quite well. During long periods of time, the controller was great to work with and we ended up fighting for a chance to use what we thought was a better and more responsive controller than the stock Sony SIXAXIS.

Unlike the Sony controllers, third party controllers like the Nyko dont have built-in wireless functionality and thus need wireless adapter. Nyko has packaged a low latency USB adapter for use with the Zero controller that is a very simple to plug in and go. We didnt notice any lag or delay with this solution at all with using the Zero which was a concern of ours as we realized that there would be a USB adapter in the mix. The Nyko Zero is powered by a NiMH rechargeable battery that in our tests gave more than 20 hours of continuous gaming. Like the original Sony controllers, you can recharge these using the USB mini like you normally would. If you need more playtime, Nyko includes a AA battery pack so that you can have uninterrupted p0wnage.

The big draw with these new controllers is their ability to have vibration or rumble support. The ability for vibration is purely in the software that is, if the game was developed with vibration coding included, the Nyko Zero controller should work flawlessly. We tested the Nyko Zero with a number of different PS3 games looking to see just how well these enhancements would work with our Playstation 3. 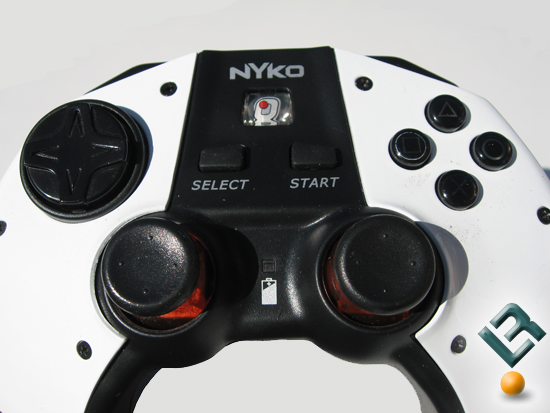 We found that the new rounded D-Pad did in fact make it easier for fighting and quick response during gameplay, and many of the users who tested it liked this design and layout much better than the original Sony. Some of our favorite games that we could really feel the new rumble effect was when playing Dark Sector and Devil May Cry 4.

The Nyko Zero is certainly an upgrade to the original stock Sony controller. Being the first on the market with a rumbled-enabled controller is one thing, but Nyko made this controller not only match Sonys new offerings, and at $60 they even made it cheaper for gamers. We wished the Zero would have been able to plug-and-play without a USB dongle, but really, thats the only major negative of the controller. 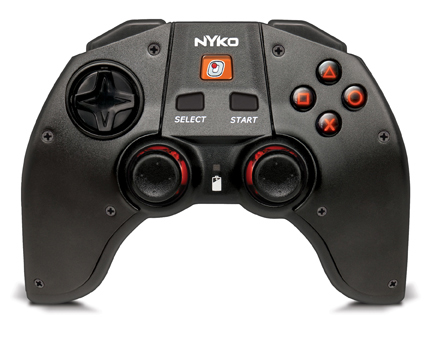 They Nyko Zero Wireless Controller for the Playstation 3 is a winner. We love its extra battery pack, the backlit buttons, the way it feels in our hands, and how buying one doesnt break the bank. If you are in the market for an additional controller for your Playstation 3, do yourself a favor and check out the Nyko Zero.