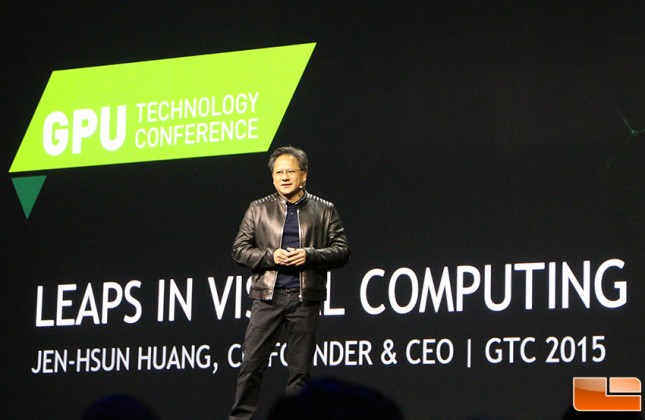 Just moments ago we received a GPU roadmap update from Jen-Hsun Huang and we are excited to tell you about what NVIDIA has in store in the years to come. NVIDIA already announced that they were working Volta and Pascal GPUs at previous conferences and Jen-Hsun announced more information about Pascal this morning. The successor to Maxwell will be Pascal, which features a new technology called NVLink that promises 5-12X the bandwidth of the PCI Express 3.0 x16 interface that we are using today. 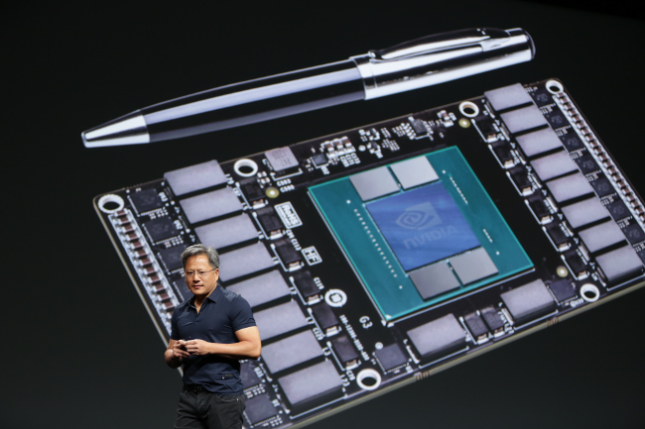 Pascal also sports new 3D Memory for much more memory bandwidth and uses a new format that is one third the size of a standard PCIe graphics card. Pascal has three new key features that NVIDIA focused on today: 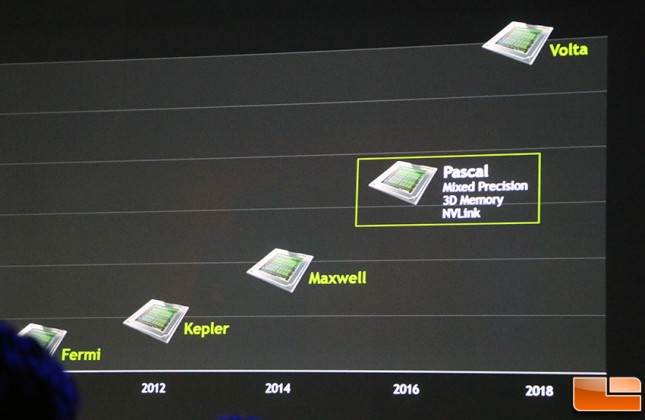 Pascal will be able to support up to 32GB of memory, which is 2.7x more than the NVIDIA GeForce GTX TITAN X 12GB video card that was just released today.  It will also be using 3D memory for a 3x increase in memory bandwidth. NVIDIA is already seeing a 5x improvement in deep learning applications and they believe that Pascal will be ready for the bandwidth-intensive portions of deep learning training that will be needed in 2016 an beyond. NVIDIA Volta architecture based GPUs are coming in 2018. 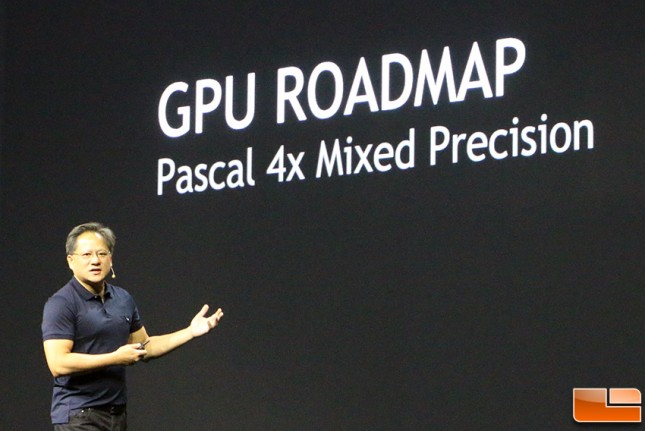 Pascal will be the desktop GPU with mixed precision and that means Pascal architecture-based GPUs can compute at 16-bit floating point accuracy at twice the rate of 32-bit floating point accuracy. Pascal will be able to scale phenomenally and has twice the floating point of anything NVIDIA has on the market today. NVIDIA also sees systems with up t0 Pascal GPUs in them thanks to the performance benefits received from NVLink. NVLink can move data 5-12x faster than what can be done with the current generation of PCI Express.

NVIDIA’s Pascal GPU architecture was shown to accelerate deep learning applications 10X beyond the speed of its current-generation Maxwell processors. Jen-Hsun noted that this is a very rough estimate, but it looks like Pascal will be bringing some new technologies with massive performance gains to the table in 2016. 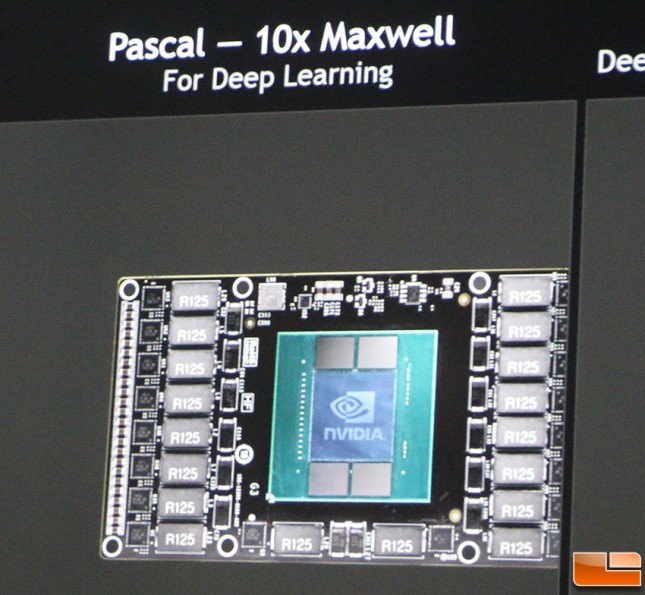 NVIDIA also has a blog post up about Pascal that you can check out if you wanted more information.
Tweets by LegitReviews