NVISION Is Ready For Opening Day

NVISION 08 is a first-of-its-kind mega-event that has been designed to take attendees behind the scenes of the visual revolution. Featuring over 55 hours of jaw-dropping visual wonderment – from today’s hottest games and movies, video, science, mobile and computer technologies – that that are going to attend will get to experience, touch and feel the latest visual technologies that will change your life. With NVIDIA expecting thousands of visitors they have rolled out the green carpet (yes, they really did) and have put together an event that is set to deliver shock and awe like no other before. 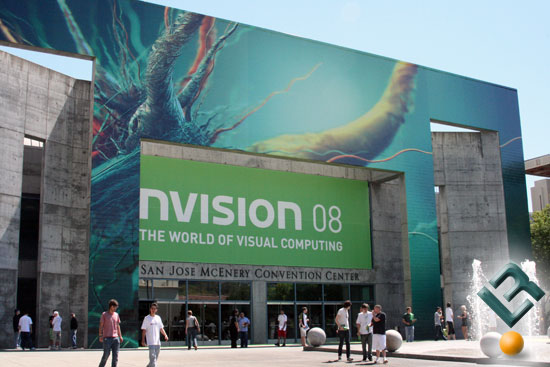 The show is taking place at the San Jose McEnery Convention Center in downtown San Jose, California. NVIDIA had the front of the convention center wrapped with some visual art, which looks sharp with the fountain and the great weather. The show doesn’t officially start until tomorrow, but as you can see numerous people were at the show getting registered to miss the lines tomorrow. 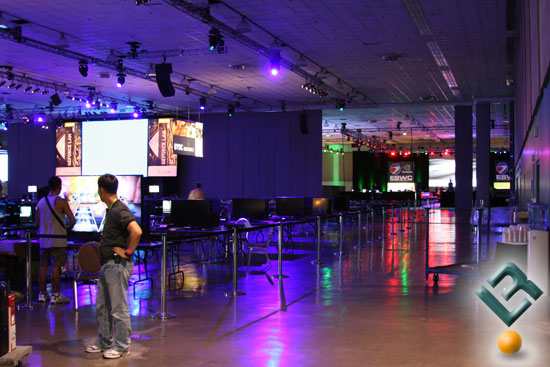 Taking a look inside the convention center it is clear that the show is ready for the grand opening tomorrow morning at 7am. The venue is fairly good sized and has a LAN party feel to it, which makes got us wanting to get in on some gaming later this week. 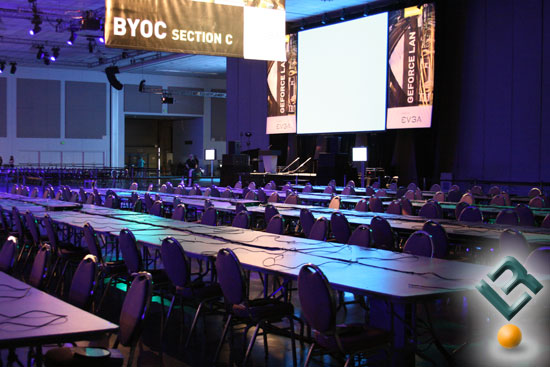 If you are attending NVISION 08 and signed up to be in the BYOC this is where you are going to be for most of the event.  The BYOC area already had all the LAN cables run and is just missing the gamers! 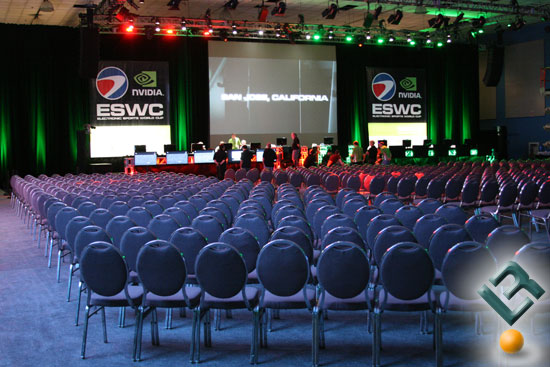 If you want to watch the Electronic Sports World Cup (ESWC) there is a huge seating area with a big screen to catch all the action.  NVIDIA informed Legit Reviews that gamers representing 53 countries will facing each other in order to win the cup. 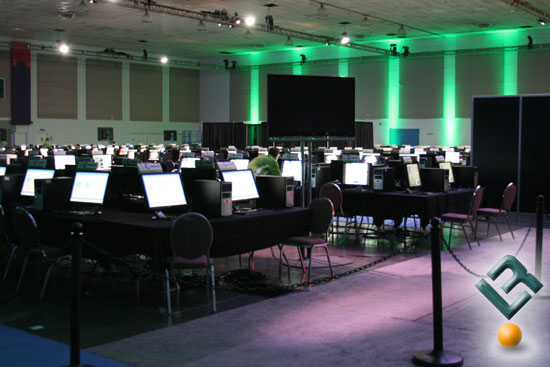 Players will be playing PC games like Counter-Strike, Quake III, Warcraft III and Trackmania Nations during the course of NVISION 08 on the competition PCs pictured above. 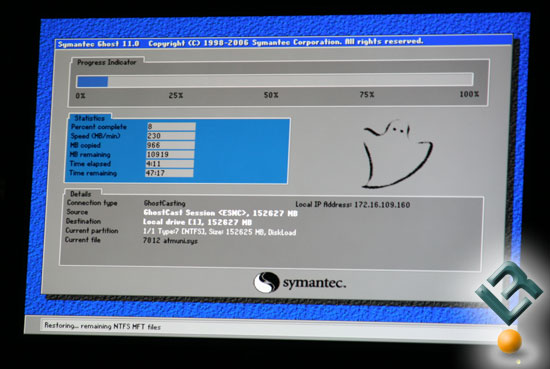 All of the ESWC tournament systems were having an image installed when we happened to be there. This is done to ensure that each system is configured exactly the same, which is needed for tournament play.