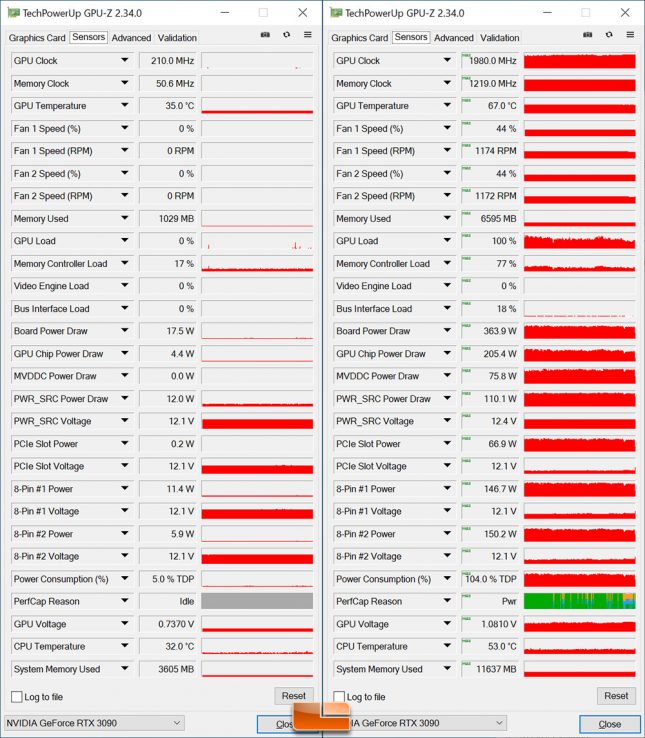 At idle on our open air test bench we were sitting at around 35C at idle with no fan noise as they don’t spin. After playing PUBG for over an hour at 1440P we found that the temperatures topped out in the 67C range. The fans were running around 1175 RPM at full gaming load. This is 1C cooler at idle and 9C cooler at load than when we tested the NVIDIA GeForce RTX 3080 Founders Edition card last week! 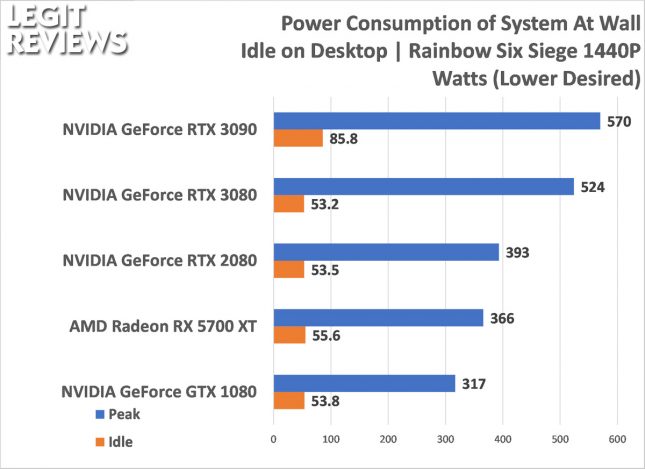