Gaming on Notebooks Gets Better

Based on the architecture of the powerful NVIDIA GeForce 7900 desktop GPU, the GeForce Go 7950 GTX that is being announced today has been specifically architected for the high-end of the mainstream notebook segment. Providing excellent video and multimedia processing power, and very capable 3D performance for today?s leading game titles, the GeForce Go 7950 GTX is a high-performance GPU with roughly 45W power consumption. Like all other GeForce 7-series GPUs, the Go 7950 GTX is Microsoft Vista-ready just like the previous mobile GPU series. 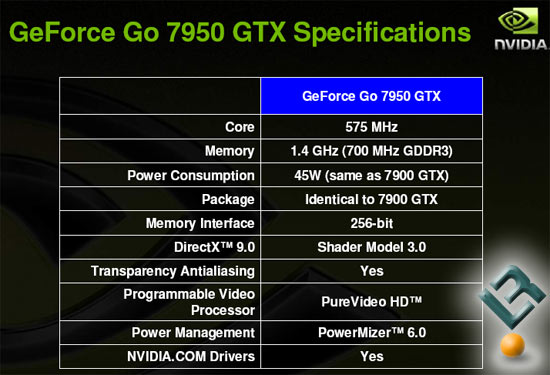 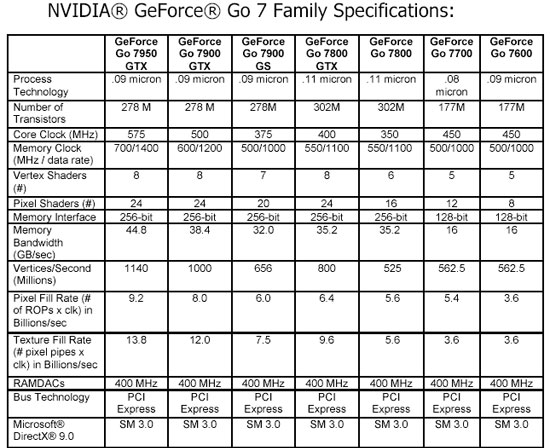