A couple of weeks ago we covered the launch of the 7900GTX and 7600GT and noted that for the 7900 series the architecture itself hadn’t really changed but the clock speeds did. The 7900 GTX enjoys a healthy boost in performance over Nvidia’s elder flagship card, the 7800GTX 512. 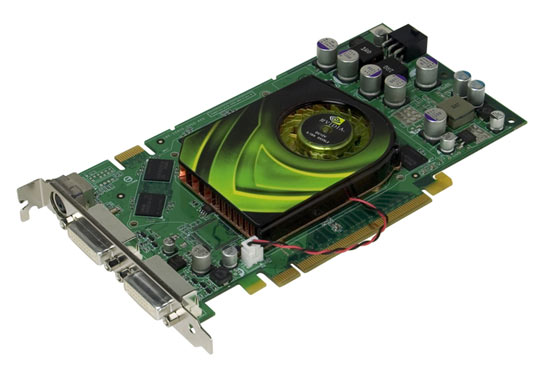 Finally, armed with a pair of 7900 GT’s we take a look at the “sensible” high end of $300. For the current market this should be considered the sweet spot of 3D gaming cards. The reason being that the specifications of the 7900 GT are the same as the 7900 GTX aside from the clock speeds. This is very similar to situation of 6800 GT and 6800 Ultra from just a couple of years ago and as we’ll see in this review is a very good thing.

Since we’ve already covered the core architecture in the previous reviews let’s jump straight to the specifications. 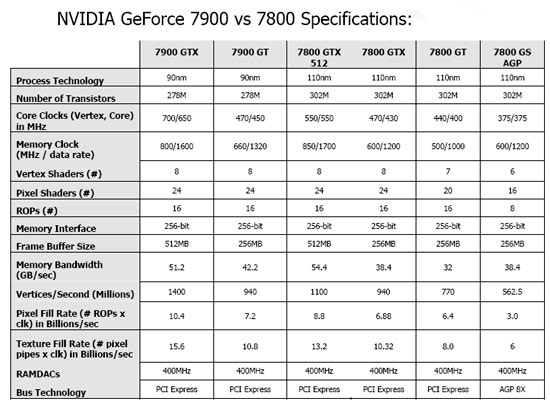 The 7900 GT is to be priced at around $300 for cards running reference speeds. As you can see the reference speeds are slightly faster than the 256MB 7800 GTX so you should expect similar performance at a much lower cost.