Effective this morning, NVIDIA has lowered the prices of several desktop video cards in the GeForce GTX series. NVIDIA told us that they expect Newegg, TigerDirect, and NCIX will be live with this pricing on Monday.

We took a quick look at Newegg and found the ASUS GeForce GTX 650 Ti Boost 2GB video card (Model GTX650TIB-DC2OC-2GD5) was available for $129.99 after a $20 rebate. NVIDIA also said that we can expect a few partner boards to be priced even lower depending on promotions and rebates this week. 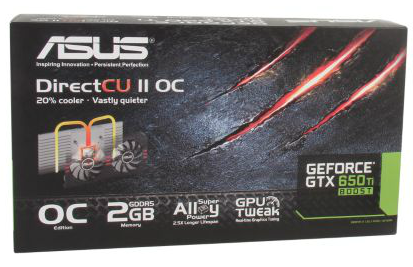