NVIDIA has been talking about bringing SLI technology to notebooks since 2004 and nearly two years later that dream has become a reality.  Just a few hours ago NVIDIA Corporation announced that their NVIDIA SLI technology is now available in notebook PCs for the first time ever. Right now SLI technology enables two NVIDIA GeForce Go 7800 GTX graphics processing units (GPUs) to be used in notebooks based on the NVIDIA nForce4 SLI core-logic solution. We have been following the development of the GeForce Go 7800GTX for many months now and have some internal notebook photos that show how NVIDIA makes it all happen. 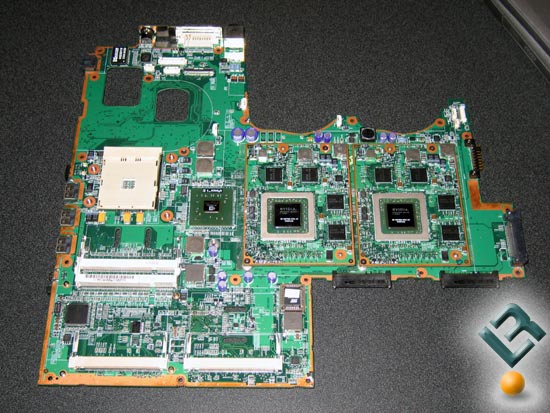 As you can see in the image above the NVIDIA SLI solution sits side by side and no bridge card is needed between the twoPCI Express graphics cards.  The chipset is of course the nForce 4 SLI. Since the cards must sit next to eachother this makes the notebook motherboard extremely wide.  To be honest we have only seen the GeForce Go 7800 GTX in 19″ and larger notebooks.  Below is a closer shot of the two cards in SLI. 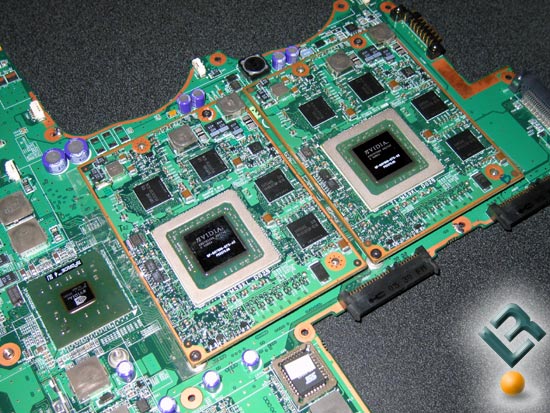 Let’s take a look at some performance numbers from NVIDIA.