Out of the Box and Onto the Ear 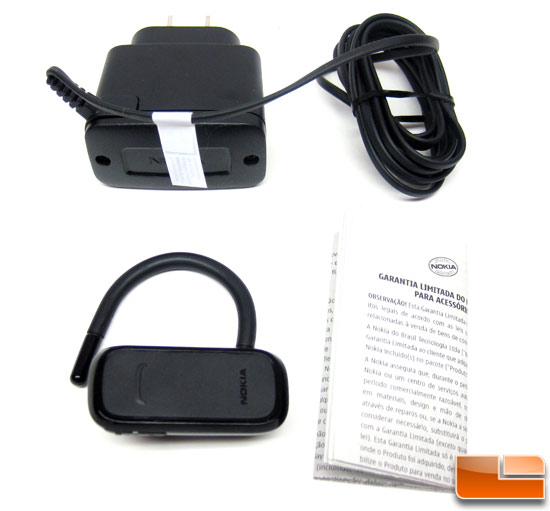 Just like the headset itself, everything with which it comes is no frills.  The Nokia BH-101 comes with a Nokia Compact Charger AC=3U and the user’s guide. The user’s guide is simple and straight-forward; anyone with any experience with Bluetooth headsets should have little need for the guide.

The charger can also be used to charge many Nokia phones, including the E90 Communicator, the N810 Internet Tablet, the N95 8GB and several others. 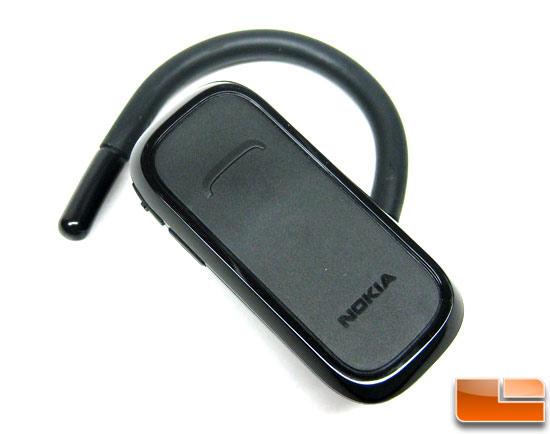 The headset is small, 1.9×0.9×0.8 inches, and, being mostly rubberized matte black, is fairly discreet.  It is equipped with a two-color LED indicator, one multifunction button and a volume button.  I took the standard two hours to charge, which turns the LED from red to green.  The LED itself is not very bright so it is somewhat difficult to see, especially if you are outdoors or in your vehicle.

Initially, the Nokia BH-101 fit surprisingly comfortable on my ear,
though I came across many complaints of this model being uncomfortable
and ill-fitting.  The ear loop can be flipped around so that the
headset can be worn in either ear.  Aside from bending the ear loop,
that is the extent of customization for fit you will find.  The unit
stayed on the ear just fine as long as I was stationary, but if I was
up and moving around, it seemed that I needed to continually readjust
it.  After a couple hours of use, I was ready to get it out of my ear.