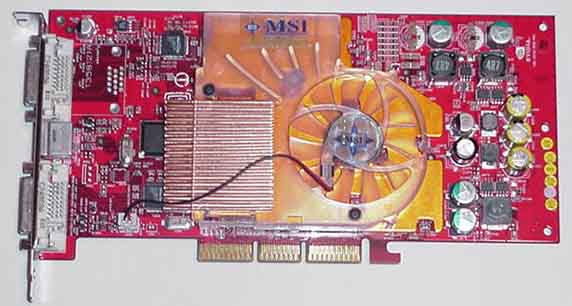 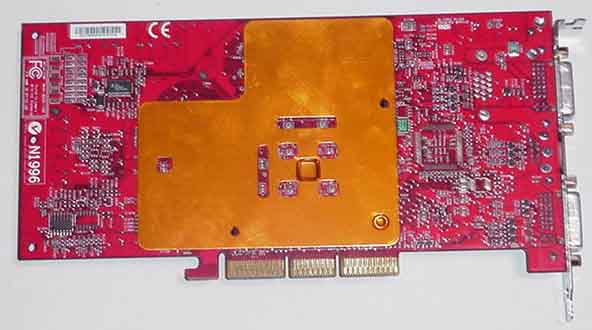 The Ti-4800 is now on the market looking for buyers. Yup, you heard that correctly, and you are probably thinking: What the heck is a GeForce4 Ti 4800? The Ti4800 is also known as the NV28. Still haven’t heard of it? This GPU was recently released from nVidia, but received little press due to the highly watched NV30 development. But then again maybe nVidia did not want to waste marketing money on a product that really did not boost the Geforce 4 series performance to a level where it can compete with the ATI Radeon 9700 Pro. In the end, the NV28 is an updated NV25 core and nothing more. Updates mean improved performance, right? I guess we will soon find out if that is true!

MSI does not call their card a Ti4800 and, instead, stick to the Ti4600 name. They call their card the G4Ti4600-VT2D8X. Although it is mouthful to say, at least buyers are aware of exactly what they are buying. I put together a little chart below that will help explain what the entire name means. As you can tell, the name all makes sense after you read the chart.

With that said, I’m glad to look at another MSI Top-Tech cooled video card. This series of cards comes with an awesome cooling system that we found to cool well while not damaging your hearing. This time it is the MSI Ti4600-VT2D8X, which as its name states is a Ti4600 with 8x support. This GPU was released to hold over the Geforce4 series for the long awaited release of the NV30/FX. For this review, we are going to compare the MSI Ti4600-VT2D8X to some other Geforce 4’s that also have 8x AGP support. Then we will take a closer look at how the final Geforce 4 card performs when overclocked.

To find out more about MSI’s many products or history please visit the MSI Site.