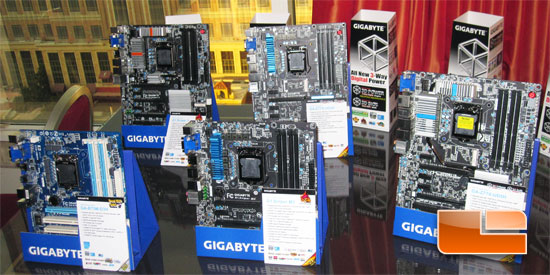 While Intel is being tight lipped about the up and coming ‘Ivy Bridge’ platform, GIGABYTE gave us a little bit of hands on time with five of their motherboards. The Intel Z77 Express chipset supports the next generation of Intel 22nm processors. Each of the GIGABYTE motherboards we are about to show off support ‘Ivy Bridge’. We didn’t get any time with processors, so performance is still a mystery, but GIGABYTE has a pretty solid product stack already!

ASUS is at it again! The have brought their latest flagship motherboard out for Legit Reviews to play with. Curious about what new features ASUS has implemented in the new ASUS Republic of Games Rampage IV Extreme Intel X79 Motherboard? Or are you simply curious how it will perform with the Intel Core i7 3960X Extreme Edition processor? Either way, join us as we go over the ASUS R4E in detail and put it through a series of benchmarks! 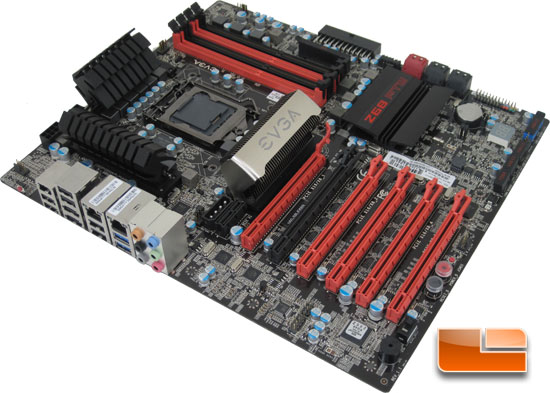 EVGA may have been a little late to the game with their Intel Socket 1155 motherboards. By no means does that mean they aren’t making a splash with them. The EVGA Z68 FTW is a damn fine looking motherboard. Looks won’t get you the frame rates we all desire though! Does it live up to the expectations that accompany the EVGA name? Or is it all show and no go? Join us as we take a look at the performance of the EVGA Z68 FTW and compare it to a handful of systems! 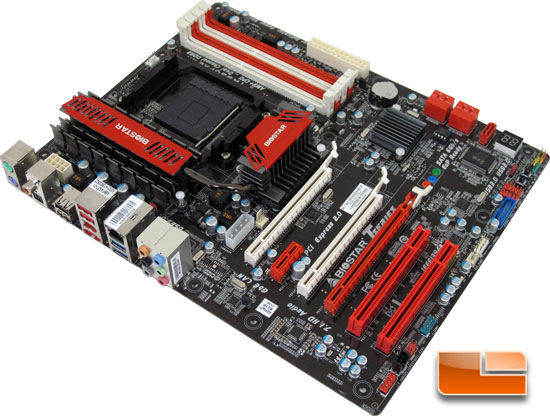 Over the past year Legit Reviews has had the opportunity to play with a few system boards from BIOSTAR. Each time they have left us impressed with a great cost/performance ratio. The BIOSTAR TA990FXE AMD 990FX AM3+ motherboard retails for $129.99 which is the lowest cost AMD 990FX motherboard we have looked at to date. How will it stack up to a pair of AMD 990FX motherboards that are nearly double the price? Join us as we find out! 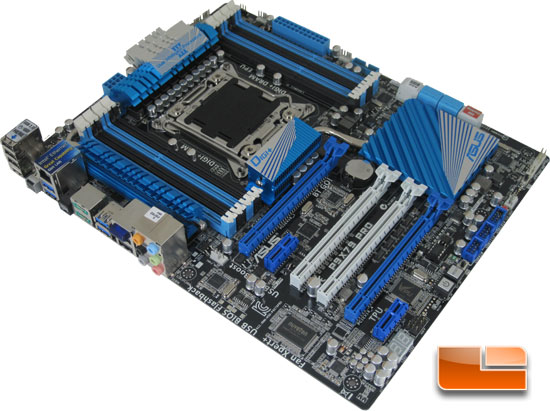 The Intel X79 Express motherboards are finally here! Today we have the first of what will likely be many LGA2011 motherboards, the ASUS P8X79 Pro. The ASUS P9X79 Pro is an Intel Socket 2011 motherboard from the middle of the ASUS product stack. We are going to put it through the paces to see how it compares to an Intel X58 system, an Intel Z68 system, and AMD ‘Bulldozer’, and Phenom II X6 system! Does it crush the competition, or did it get bulldozed? Join us as we find out what the new Intel X79 system is capable of!

The GIGABYTE GA-990FXA-UD7 AMD 900 series motherboard was designed from the ground up to be a stable, high-speed platform for AMD Socket AM3+ processors. We test out this AMD 990FX mainboard by using the recently released AMD FX-8150 Bulldozer 8-core processor on it to see how it performs and overclocks. Read on to see how this $209.99 motherboard does in all of the tests we throw at it. 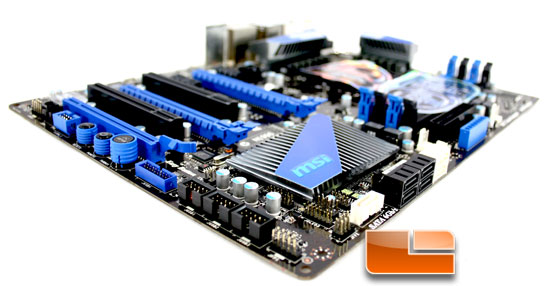 Today we are doing something a bit different than the normal review. There have been numerous reviews of Sandy Bridge and the Z68 motherboards, many of which you can read here on Legit Reviews. The big question that we are asking is, is it worth it? We upgrade a last generation Lynnfield with a GTX470 rig to the current generation Sandy Bridge with a GTX570 rig to see if it is a leap or only a baby step ahead. 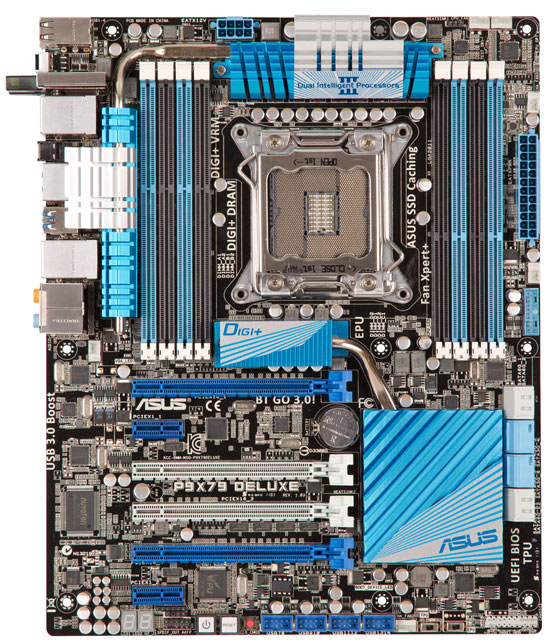 There is a lot of anticipation about the new Intel Sandy Bridge-E processors. While we can’t give away any performance numbers or to many specific details, we can give you a sneak peak at some of the new Socket LGA 2011 motherboards. ASUS sent us over some pictures of their new LGA 2011 product line. Inside you will find a few details on the ASUS P9X79, X79 Sabertooth, and the Republic of Gamers Rampage IV Extreme! 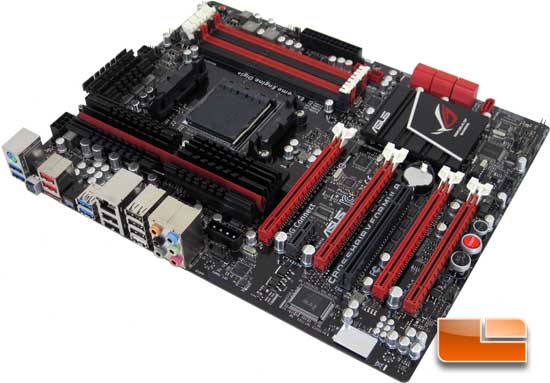 The ASUS Crosshair V Formula uses the AMD 990FX/SB950 chipsets and is the first ROG motherboard with AM3+ CPU support. It is also the first AMD motherboard to support both 3-Way NVIDIA SLI and AMD CrossFireX as well as offering an advanced UEFI BIOS and DIGI+ VRM design. Legit Reviews benchmarked this board with both the AMD FX-8150 ‘Bulldozer’ and the Phenom II X6 1100T ‘Thuban’ processors to see how both CPU’s perform on this enthusiast board. 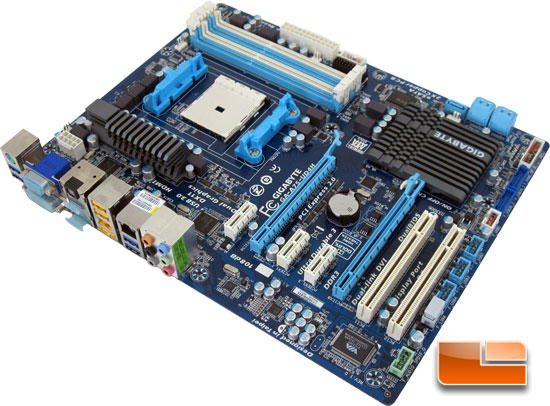 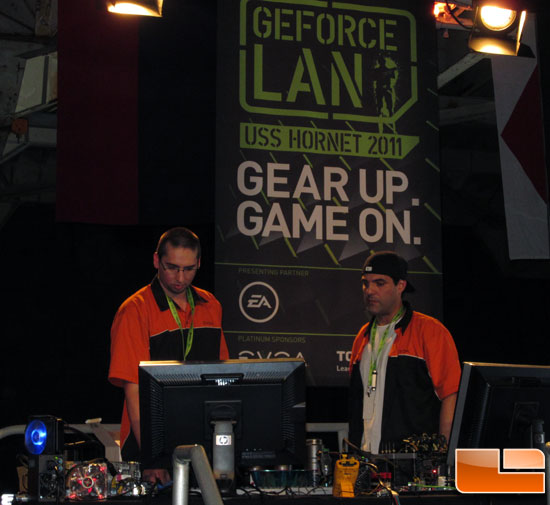 EVGA is one of the sponsors of GeForce LAN 6 and they just got done doing a presentation where they showed off one of the companies upcoming Intel X79 Express motherboards for the yet to be released Sandy Bridge-E CPU. We got a chance to check out the EVGA X79 Classified motherboard and took some pictures, so you could see it too! 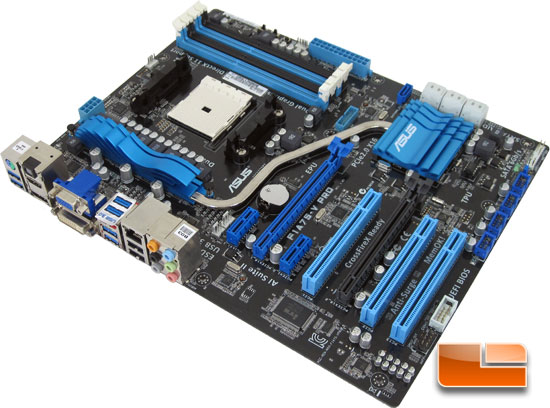 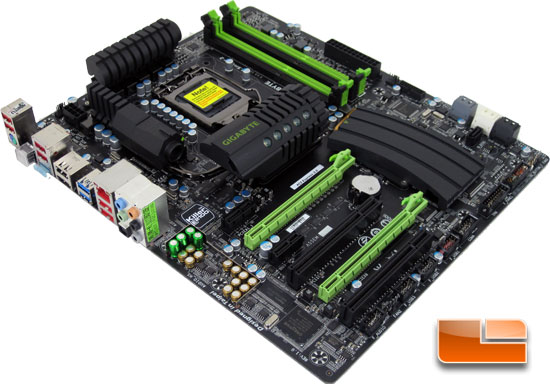 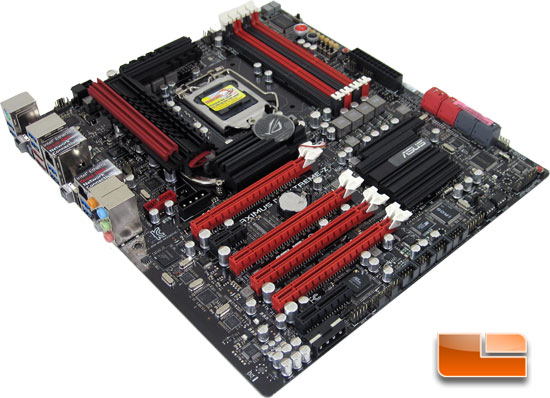 The ASUS brand name is synonymous with quality. The Republic of Gamers line of products are the ultimate in performance from ASUS. Today we have a pair of ASUS Republic of Gamers motherboards on the Legit Reviews bench. The first is the ASUS Maximus IV Gene-Z which retails for only $179.99! Our other ROG motherboard is the ASUS Maximus IV Extreme-Z. The Extreme-Z is the flagship motherboard from ASUS and is packed with features! Are these boards going to perform like we hope? Join us as we find out! 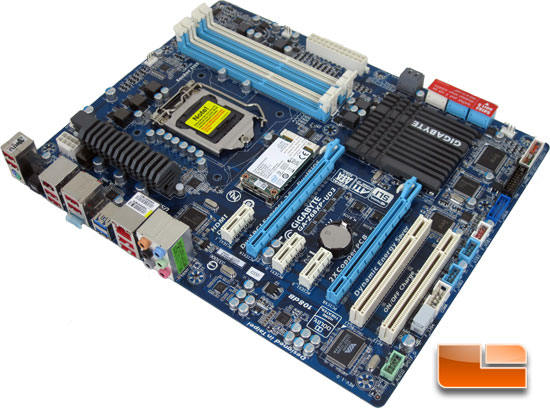 GIGABYTE is known for putting out very high quality hardware. Today should be no different, at least in terms of quality. What we have to play with today is a little bit different in terms of features. If you have been following the latest Intel Chipsets, the Intel Z68 Chipset has the capabilities to utilize a SSD to speed up the performance of a traditional Hard Drive. The GIGABYTE Z68XP-UD3-iSSD features an integrated Intel Series 311 20GB SSD that is designed for exactly that! How does it perform? Read on to find out!