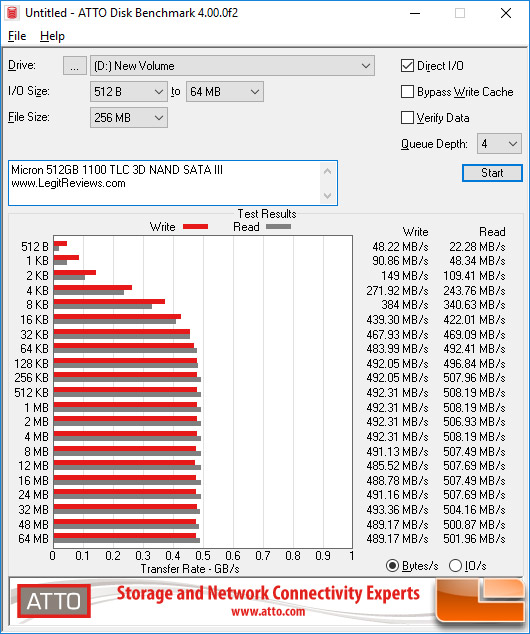 Benchmark Results: ATTO showed the Micron 1100 512 GB M.2 SATA drive reaching speeds of up to 508 MB/s read and 492 MB/s write in the standard overlapped I/O benchmark. This is just below the drives 530 MB/s max sequential read and 500 MB/s max sequential write speeds. Compared to other SATA drives the Micron 1100 512GB drive is a touch slower, but not by much and is one of the only SED drives in the chart, 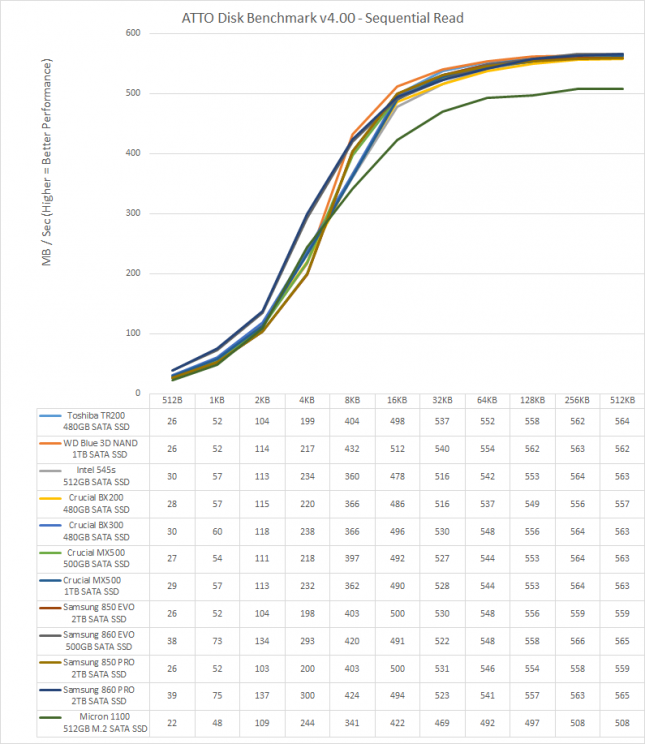 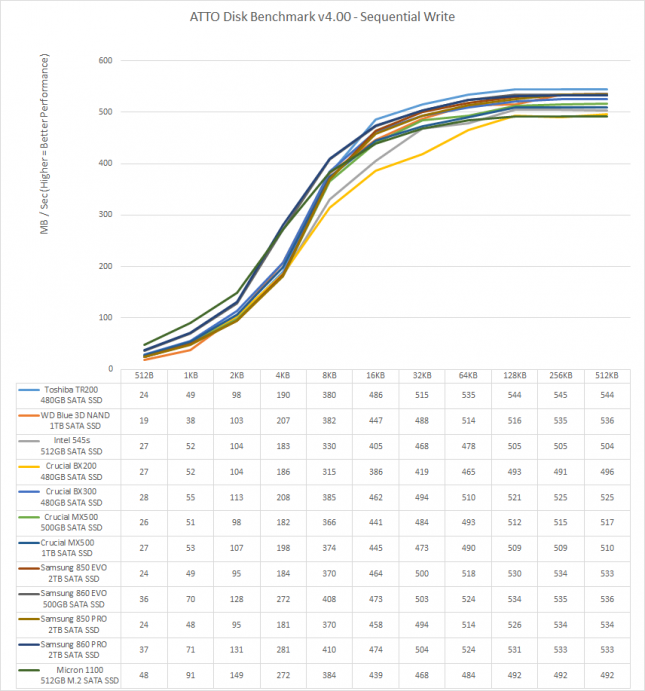 Benchmark Results: The Micron 1100 512 GB M.2 drive reached 535.3 MB/s read and 514.3 MB/s write in the standard sequential write test. Random 4K performance was at 28.73 MB/s read and 105.5 MB/s write. The CrystalDiskMark results on the right shows results at different queue and thread settings. Compared to other drives you are looking mainstream SATA SSD performance. This drive wasn’t designed to be at the top of the performance charts, but still offers solid performance as you can’t really ‘feel’ the difference between SSDs where there is just a 20 MB/s performance difference. 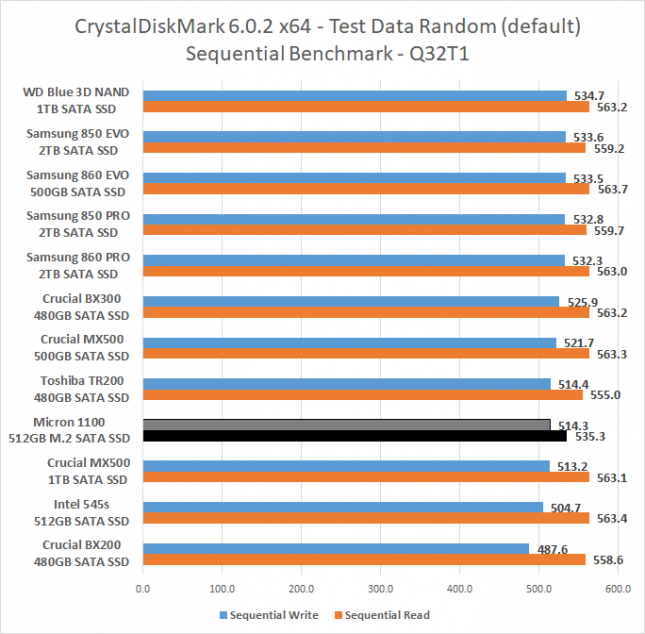 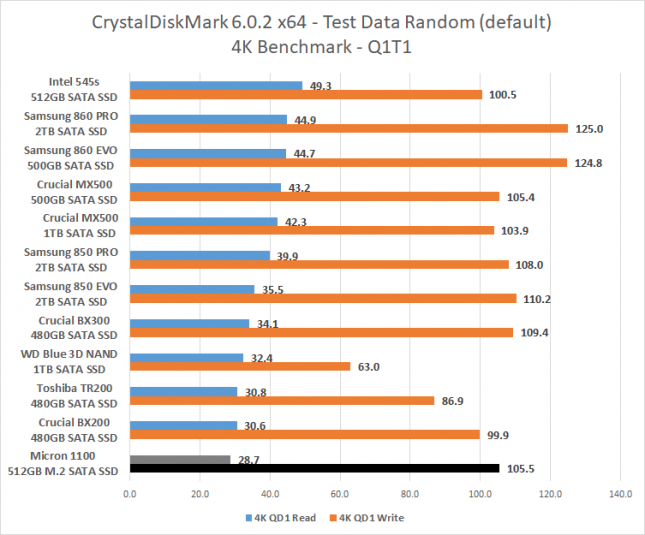