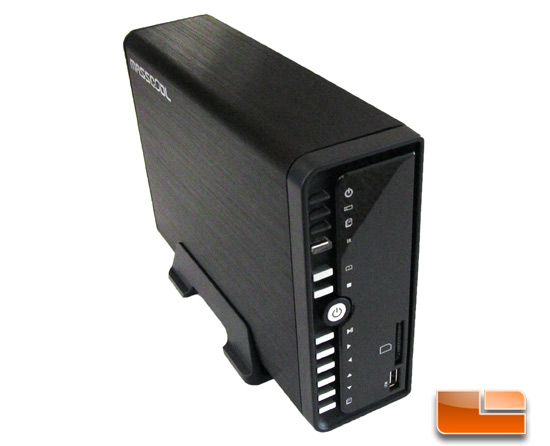 Today we take a look at Masscools MP-1370S Media Mate high-definition media player. For us, Masscool is not exactly the first name you think of when you look to buy a HD media server, but the company has been in the business of designing and building HDD enclosures and media players since 2000. As a subsidiary of the Fanner Tech Group, Masscool originally began providing OEM coolers for your CPU, notebook, or HDD. They have a pretty impressive catalog of PC accessories on their website and you can find their products in brick and mortar stores as well as on-line.

The Masscool MP-1370S is designed to not only be a media player that can access your favorite multimedia on your local or remote hard, but users are able to use the player to record to an attached USB device or an installed HDD. Priced at a very economical $100, it supports playing of video up to 1080i resolutions through an HDMI port and includes room for an 3.5 internal SATA hard drive so that you can load up all your favorite multimedia. Even if you dont install an internal hard drive, the MP-1370S can connect to your local internet via the 10/100 Ethernet connection. 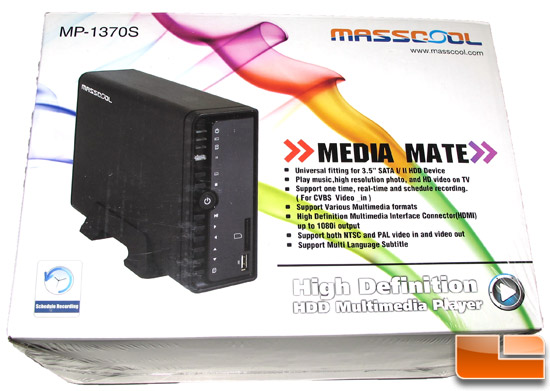 Masscool is targeting the user who wants to play and record multimedia. The MP-1370S is a player and recorder and comes with the ability to schedule and timeshift recordings. We have seen quite a few media players in the past few months, but this is the first time we have seen a player with the ability to record. Lets take a closer look inside to see what makes the Masscool tick.