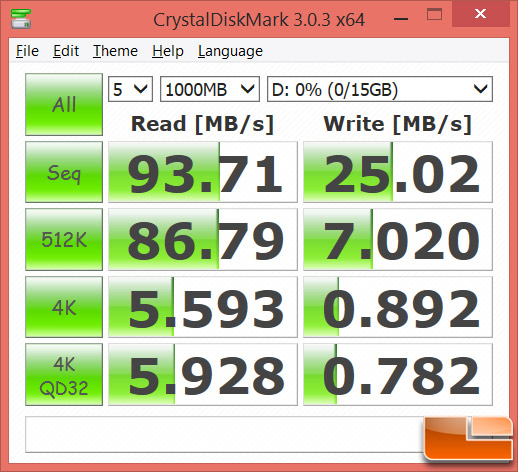 Benchmark Results: CrystalDiskMark showed that we hitting 93.71MB/s read and 25.02MB/s write on the sequential tests! Lexar rates this drive as having up to 95MB/s speeds, so we are able to get pretty close to those ratings with this particular benchmark.

ATTO is one of the oldest drive benchmarks still being used today and is still very relevant. ATTO measures transfers across a specific volume length. It measures raw transfer rates for both reads and writes and places the data into graphs that can be very easily interpreted. The test was run with the default runs of 0.5kb through 8192kb transfer sizes with the total length being 256mb. 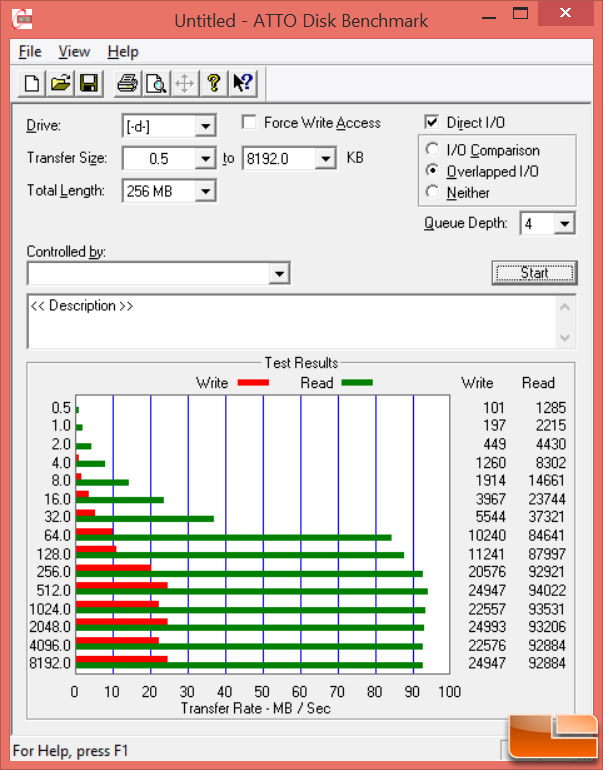 Benchmark Results: ATTO showed the Lexar 16GB microSDHC 633x card was able to reach 94MB/s read and 25MB/ write speeds with the default benchmark settings. We are very close to the rated speeds, but we really wish we could have hit that magical 95MB/s mark in the benchmarks on our test platform.

TeraCopy 2.3 is a compact program designed to copy and move files at the maximum possible speed and features a timer that works great for review purposes as we can easily show you time differences between different file transfer scenarios. TeraCopy also uses dynamically adjusted buffers to reduce seek times and has asynchronous copy speeds up file transfer between two physical hard drives.

We recently moved over 4.18GB of pictures and movies that we shot on our Canon 70D SLR camera during CES 2014 to our ASUS UX31A Zenbook that runs Windows 8.1. We wanted to see how long it would take to move that folder to the Lexar microSDHC card and then back to the Ultrabook. There are 305 files in this folder and include just pictures and movies. This is a very real usage scenario, so we can’t wait to see how the drive performs! 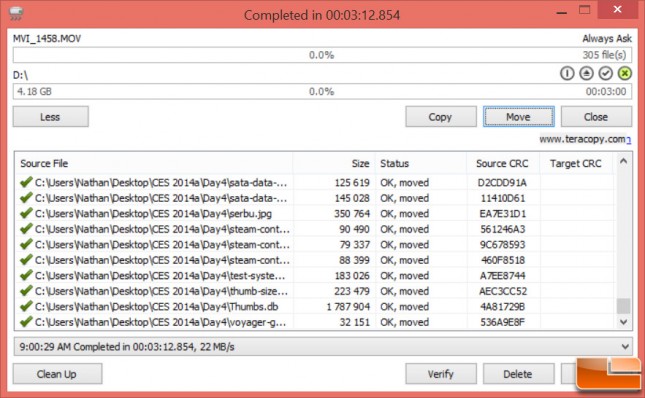 Moving the ~4.2GB folder from our desktop to the Lexar High-Performance microSDHC UHS-I card (633x) took 3 minutes and 13 seconds and it looks like we averaged 22MB/s during the data transfer. We were seeing write speeds of 25MB/s in the synthetic benchmarks, so this is a pretty good result. 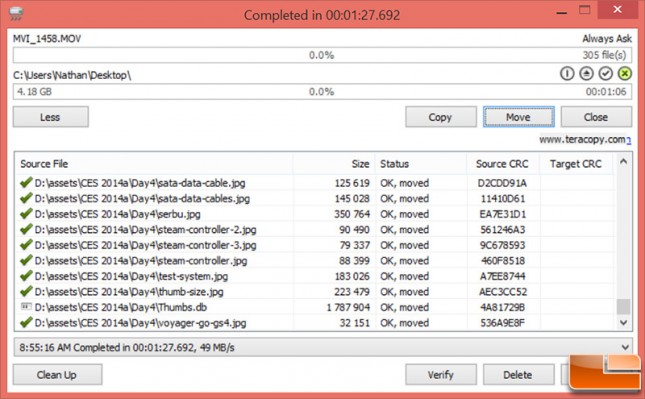 We then moved the folder from the Lexar High-Performance microSDHC UHS-I card (633x) back to the desktop the task completed in 1 minutes and 28 seconds! The read speeds for this averaged 49MB/s. This is a little lower than expected, but a respectable speed nonetheless.